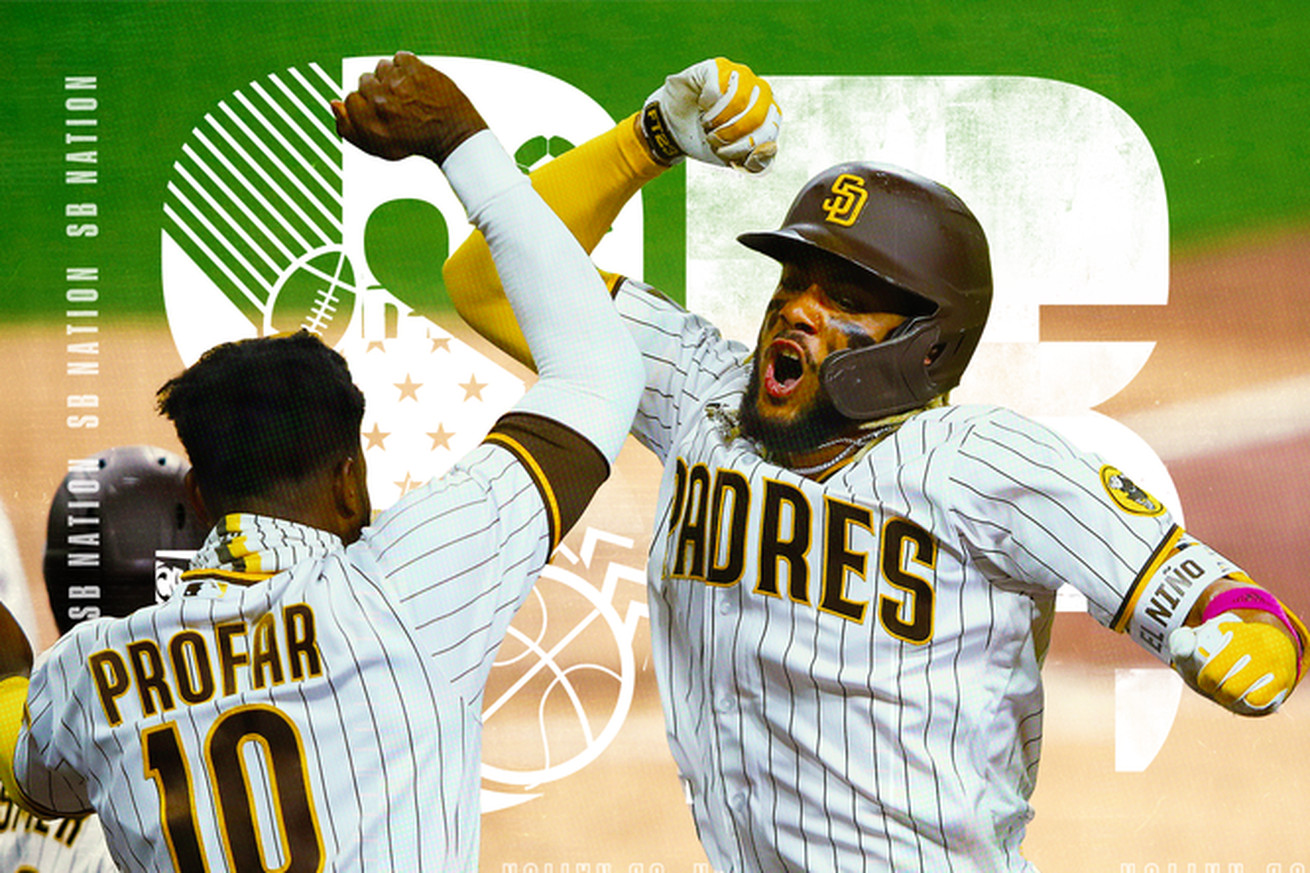 Fernando Tatis Jr. stepped to the plate in the sixth inning with his San Diego Padres trailing the St. Louis Cardinals, 6-2, in what could be the last game of their season. San Diego had been the most exciting young team in baseball all year, but their Game 1 loss to the Cardinals in the best-of-three NL Wild Card Series had put their season on the brink of elimination in Game 2.

With two runners on, Tatis cranked a slider from Cards pitcher Giovanny Gallegos out of the park for a three-run homer. The very next batter, Manny Machado, tied the game with a solo home run of his own. The Padres had new life.

Tatis came to the plate again in the seventh inning with San Diego now up a run after a homer from Wil Myers. With teammate Austin Nola on-base after a walk, Tatis saw six straight four-seam fastballs from Daniel Ponce de Leon. The last one hit the center of Tatis’ barrel, sailed over the right field fence, and caused an eruption of intense joy that baseball badly needs even if they don’t want to admit it.

Tatis Jr. is a superstar, and this is what it looks like when he’s at his best.

Not gonna lie, @tatis_jr: We’re flipping out a little. pic.twitter.com/8ryd3QQMKP

The hit itself was nothing particularly special, at least as far as clutch playoff home runs go. Tatis’ swing provided an exit velocity of 103 MPH — there were 10 balls hit harder in this game on the night. The ball traveled 366 feet, just clearing the short corner wall, carrying some 120-feet less than the dinger hit by Luis Robert (the other most exciting young player in baseball) for the White Sox earlier in the day.

And yet, to watch Tatis hit that homer tells you everything you need to know about why he isn’t just the future of baseball; he’s the present, too. The bat flip, the stare-down, the confidence oozing out of his slow walk to first, the leaping celebrations with teammates after he crosses home plate: all of this is what makes Tatis a singular and exhilarating talent in a sport that desperately needs them.

There is something so jarring about watching the level of swagger Tatis plays the game with. We expect this sort of brashness out of an All-Pro NFL wide receiver; we experience this out-of-body exhilaration mostly from an NBA superstar soaring for a big dunk in traffic. Baseball players are supposed to be more reserved, more respectful, more cognizant of how the game has been played for the previously 120 years or so. But no — Tatis transcends all of that because he has too much damn star power not to.

Tatis became one of the best players in the game this season at the tender age of 21 years old. He appeared set to win the NL MVP before a late-season swoon at the plate likely cost him the hardware. His regular season numbers speak for themselves: 17 home runs (tied for fourth in MLB), a .937 OPS, a top-15 ranking in WAR. All of that should have made Tatis Jr. a household name, but instead it took a stupid controversy concerning baseball’s outdated ‘unwritten rules’ that really boosted his visibility.

Back in August, the Padres held a 10-3 lead against the Texas Rangers when Tatis came up to the plate with the bases loaded. Tatis had a 3-0 count and a ‘take’ sign from his manager when he unleashed a towering grand slam. It became the biggest sports controversy of the day, with even his own manager criticizing him. Tatis was strong-armed into apologizing for hitting a grand slam. While the olds and the purists denounced the move, Tatis also won himself a group of new fans who appreciated his defiant greatness.

Ken Griffey Jr. Griffey had the backwards hat; Tatis has the backflip. Tatis’ swing might not be as beautiful (no one’s is) and his numbers might not be quite as otherworldly as Griffey’s despite still being outstanding. He doesn’t have a video game branded after him, at least not yet. But watching Tatis’ signature mix of youthful exuberance and raw, unconfined talent, it’s easy to draw parallels to Griffey. A moment like the one he had against the Cardinals will only keep him on that trajectory.

We watch sports to root for the home team, yes, but also to see feats of grandeur us regular humans could never be capable of. Baseball needs more players like Tatis, more players like White Sox shortstop Tim Anderson, to connect with a younger generation of fans who have perhaps been driven away by the game’s glacial pace and outdated norms. Baseball is better with big personalities, and no one is bigger right now than Tatis Jr’s right now.

Say what you want for or against the way Tatis plays the game. Sometimes a picture tells the whole story.

Watching Tatis flip his bat and staredown his dugout, I thought back to Mike Trout. Trout is perhaps the greatest baseball player of all-time, a brilliant five-tool talent whose advanced statistics merit GOAT consideration. There’s only one problem with Mike Trout: if he walked down the street past you, many sports fans wouldn’t even know who he is. Trout is spectacular, but in many ways he also carries himself like any other player. That works for him because it’s authentic — it’s who he really is — but it’s part of the reason his star isn’t as bright as his talent.

Tatis will never have this problem. The more homers he hits, the more bats he flips, the more his name and his face deserve to be plastered all over every television, newspaper, and website. He has the ‘it factor’ in a way Trout never will.

Maybe Tatis makes you uncomfortable. Maybe there’s a good reason those ‘unwritten rules’ have been in place for so long. Tatis might not be for everyone, but that’s okay: in the same way Trout is being himself by being more restrained, Tatis is being himself by consuming the whole sport with the charisma bursting out of his jersey.

Tatis is one of the most thrilling athletes in all of sports, and his career is just getting started. We can’t wait to see where he goes from here.