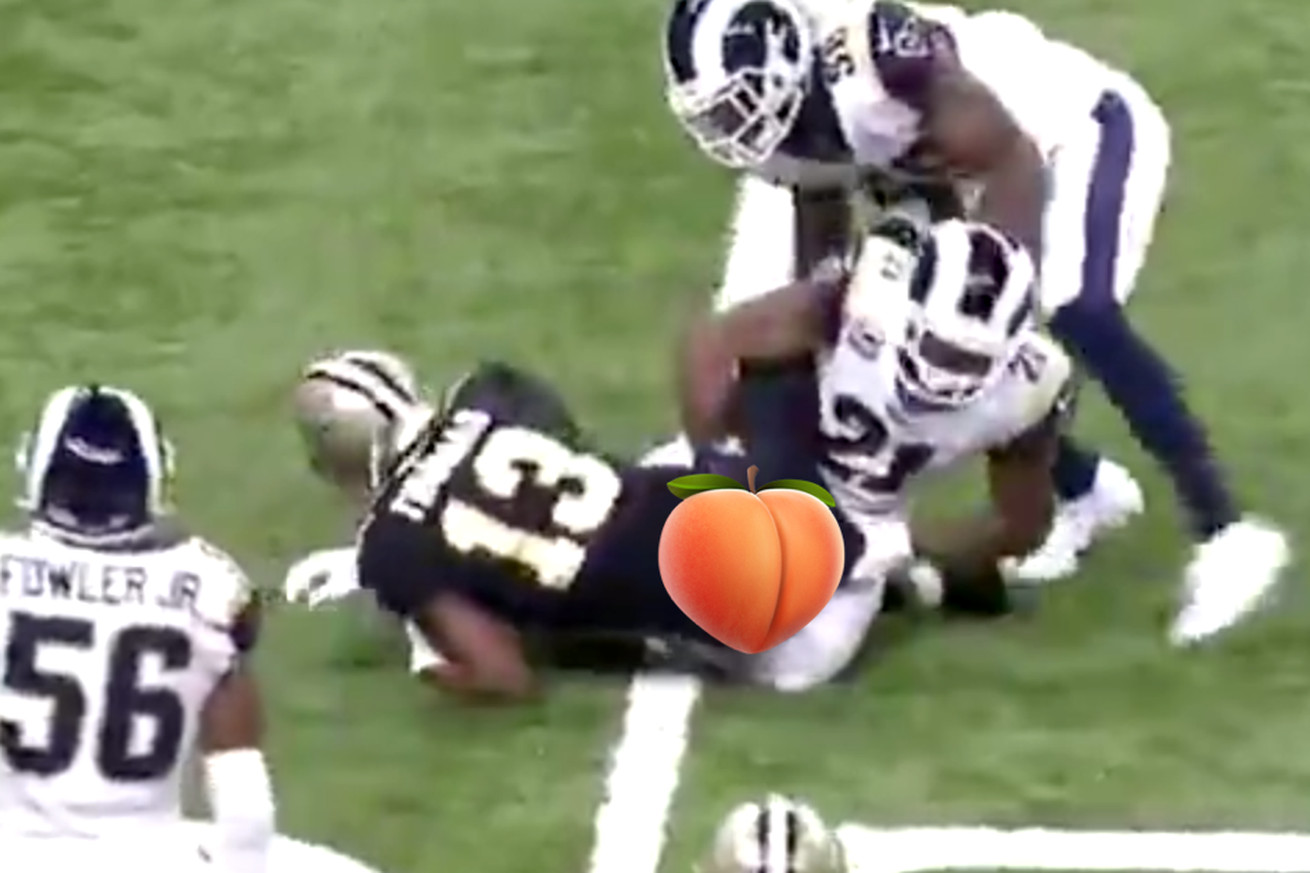 They tried to show the Superdome instead, but we still saw his ass.

The NFC and AFC Championship games are going to be watched by millions of people on Sunday. It’s good exposure for the NFL, and the players on the field.

However, Michael Thomas got a little bit too much exposure on a catch, when Aqib Talib pulled his pants down, unveiling his bare ass:

And no, your computer or mobile device isn’t messed up. Fox tried cutting away quickly with an aerial shot of the Superdome. However, the damage was done, and we had all already seen Thomas’ rear end.

Thomas got a gain of three yards on the play, so it wasn’t for nothing. Though the Saints had to settle for a field goal on the drive.

Thomas isn’t the only player to have his butt on national television.

Devin Hester has had his cheeks exposed on NBC back in the day:

And in 2012, DeMarco Murray got pants’d by the Steelers:

People often show their ass by losing their temper and making a fool of themselves. If I’m Thomas, I’d rather show my ass on one of sports’ biggest stages, instead of the former.

When coaches say that you can’t cover his ass, it’s now true in both ways that statement can be perceived.