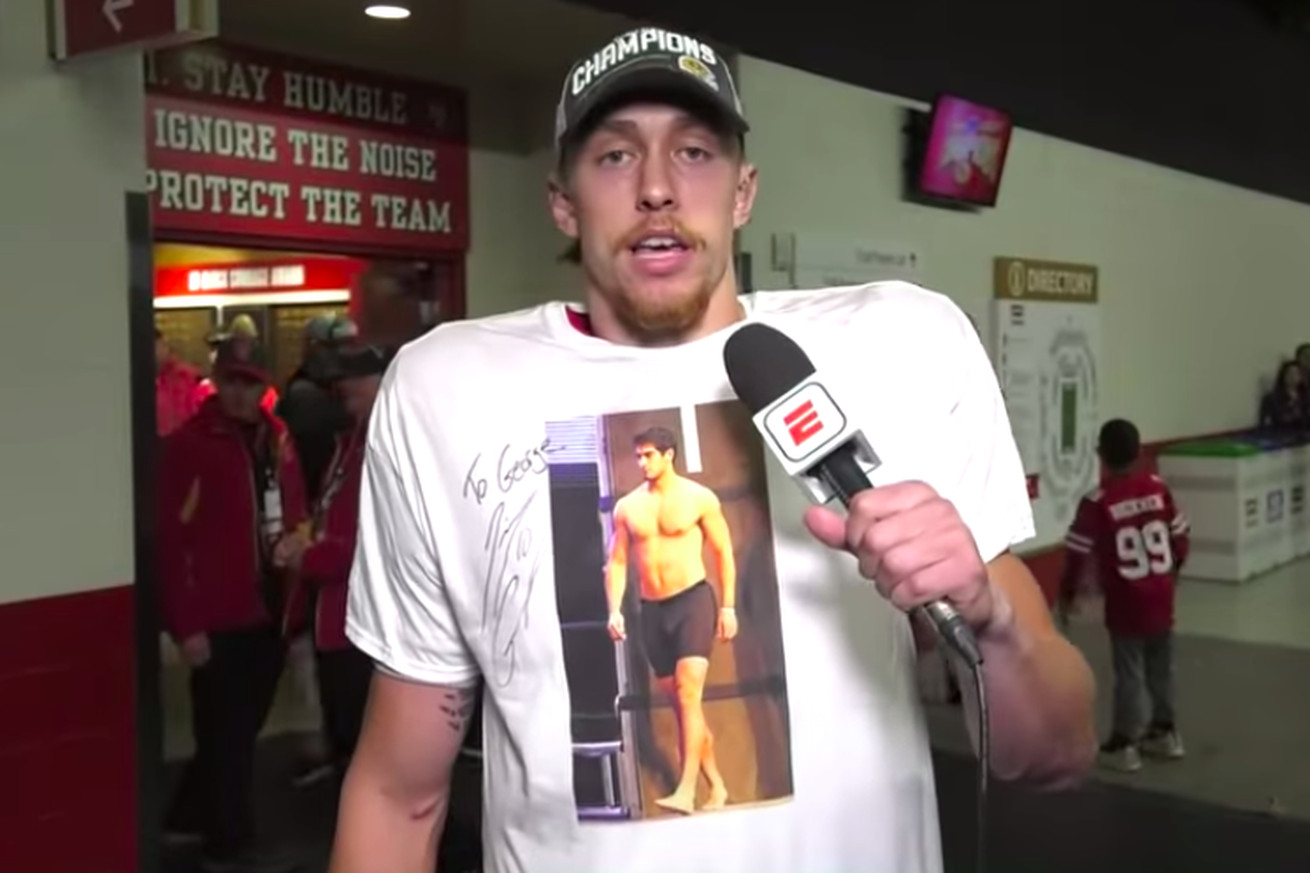 This explanation was too good.

The San Francisco 49ers have a chance to win their fourth Super Bowl in franchise history, thanks to their 37-20 win over the Green Bay Packers in the NFC Championship. Afterwards, 49ers tight end George Kittle, who led the team in receiving yards in the regular season, met the media donning a shirt with a shirtless Jimmy Garoppolo on it:

When he was asked about why he was wearing the shirt, Kittle said he was saving it for a “special occasion.”

“Oh so you know where Jimmy had a T-shirt with my face in his locker, and he told everyone I sent it to him. I got this in my locker the same day, I just didn’t show you guys because I was saving it for a special occasion,” Kittle said via 95.7 the game. “But I think it’s pretty good, he signed it.”

He even kept the shirt on for his interview with ESPN’s Scott Van Pelt:

“I just wanted to give Jimmy a special present after we won the NFC Championship game, he even signed it for me though. Just Jimmy, all the hard work that he’s put in for the last couple years that he’s been in the league, and how it’s all come to this so I just wanted to let him know I’m proud of him.”

Kittle added that someone sent him the shirt earlier in the week, but he saved it to wear it until after the big win.

The good news is that Kittle returned the favor to Jimmy, signing a shirt with his face on it to give to his QB:

It’s awesome to see this team be able to win big, but still have so much fun with each other while doing it. Kittle was Garoppolo’s favorite target this season — the TE racked up 1,088 yards and five touchdowns this season. If the 49ers want to defeat the Kansas City Chiefs in Super Bowl LIV, the two will likely have to have a big night.