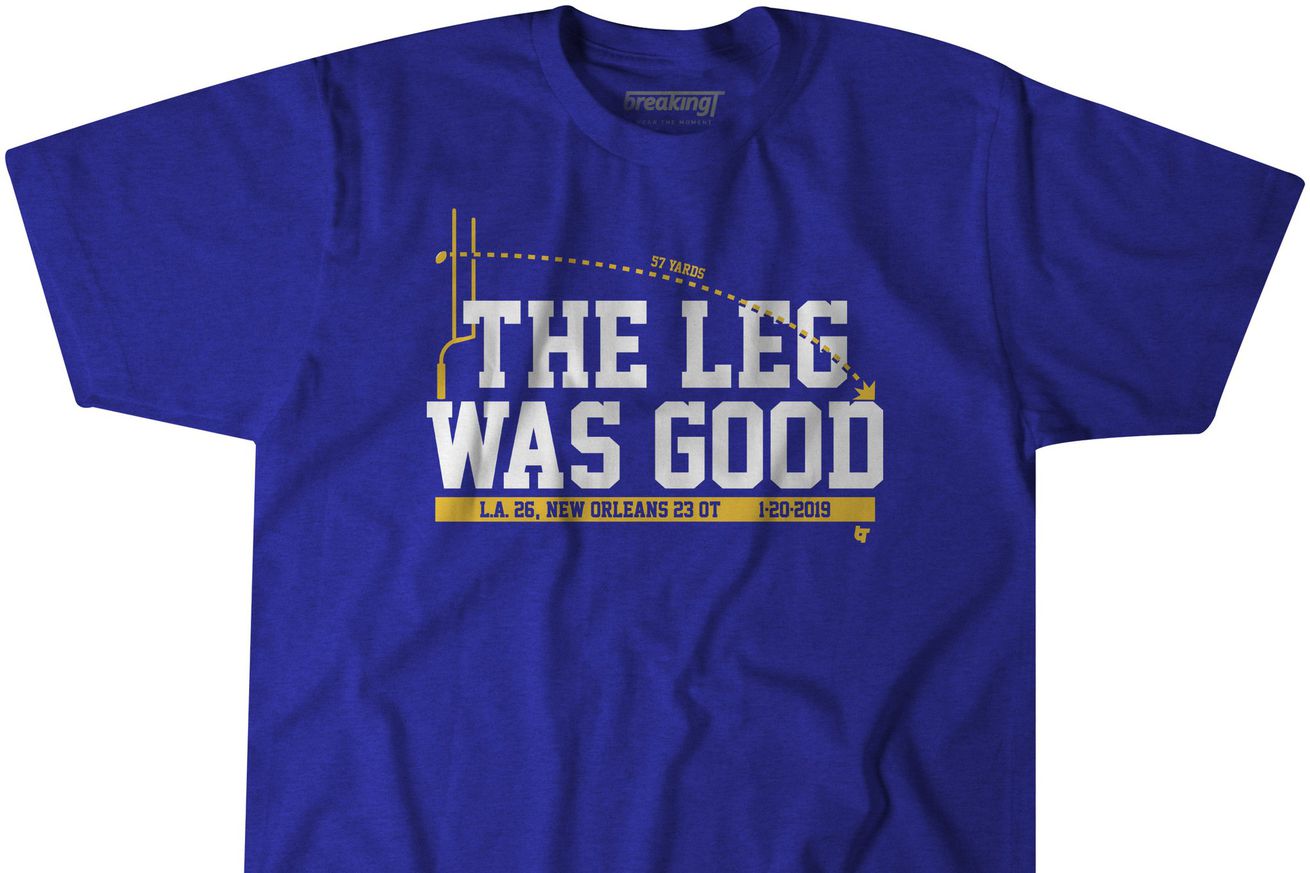 His game-winning field goal is now a T-shirt for Rams fans.

He’s not the fastest player on the field or the strongest one, either. But when the season’s on the line and a Super Bowl berth is 57 yards away, don’t put the ball in Todd Gurley’s hands or let Jared Goff make a play — no, put the fate of your season on the right foot of Greg “The Leg” Zuerlein.

That’s exactly what the Rams did after their defense forced a Drew Brees’ interception at the start of overtime. After a quick four-play drive that moved the Rams down to the Saints’ 39-yard line, “The Leg” trotted onto the field and nailed the 57-yard game-winning field goal. Even with the bad snap, Zuerlein still knocked it right down the middle to send the Rams to Atlanta for Super Bowl 53.

The man is a cold-blooded assassin. Look at that kick. Money.

With Zuerlein’s kick, the Rams are heading back to the Super Bowl for the first time in 17 years. This may have been the biggest kick of Zuerlein’s career, but 57 yards is practically nothing for “The Leg.” He did set history with it — the longest game-winning kick in playoff history — but it wasn’t even his longest make. Back in 2015, “The Leg” hit a 61-yard field goal against the Minnesota Vikings.

So, when the Super Bowl comes down to the wire in two weeks, it may not be Gurley or Goff or Aaron Donald that makes the play of the game, it may very likely be the right leg of Greg Zuerlein that makes history yet again.

Have you geared up for Super Bowl 53 yet?

We’re officially set for Atlanta, so if you haven’t picked up the NFC Champs Rams merch that just dropped, now’s the time to get your new gear!

Here’s a few items to get you in the Super Bowl mindset.