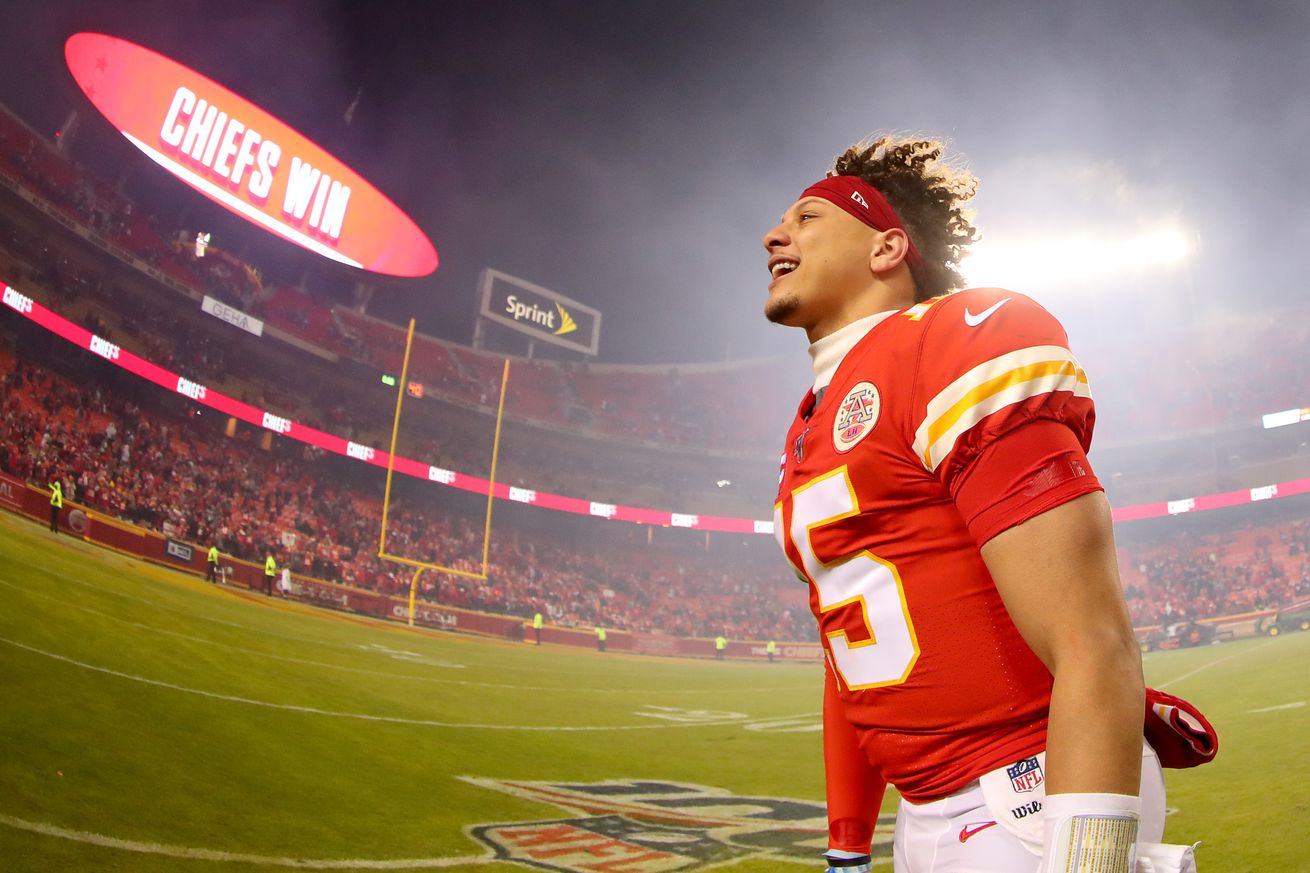 The Chiefs looked like an offensive juggernaut in the Divisional Round, and the 49ers defense looked like a brick wall.

There are just three games left to decide a Super Bowl champion.

The Tennessee Titans will travel to face the Kansas City Chiefs in the AFC Championship, and the San Francisco 49ers will host the Green Bay Packers in the NFC Championship. The winners will meet in Miami for Super Bowl 54.

And that’s all, folks.

Four teams will dwindle to two Sunday, and our expert panel mostly agrees on what that Super Bowl matchup will be.

Tennessee dethroned the defending Super Bowl champion New England Patriots on Wild Card Weekend, then took out the top-seeded Baltimore Ravens in the Divisional Round.

Only three experts picked the Titans to win their first playoff game, and not one picked them to beat the Ravens. Did we learn any sort of lesson? Nope. Only three are picking Tennessee to beat the Chiefs this time around.

It’s not that the panel thinks the Titans are frauds. It’s just really hard to pick against the Chiefs right now. They dropped 51 points on the Texans in the Divisional Round, showing that even a 24-0 lead against Kansas City can disappear in minutes. The Chiefs’ last loss was way back in Week 10 … to the Titans.

Kansas City had a 32-27 lead in that game with less than two minutes left before things went south.

First, the Chiefs lined up for a 46-yard field goal attempt with 1:27 remaining. After a bad snap forced holder Dustin Colquitt to abort the try, he hurled the ball downfield and picked up an intentional grounding penalty. Ryan Tannehill took advantage of the opportunity by driving down the field in four plays, capped by a 23-yard touchdown to Adam Humphries in the middle of the field.

A Tannehill two-point conversion gave the Titans a three-point lead, and then the Chiefs drove into field goal range. But Harrison Butker’s 52-yard attempt was blocked and Tennessee held on for a 35-32 win.

In the time since then, the Chiefs have been blowing out teams left and right. They’ve won seven in a row by a combined score of 218-100. But the Titans are red hot too. Tennessee came out on top in seven of its last nine games, even though it’s had a gauntlet of tough opponents. Its last five games were against opponents that finished the regular season with double-digit wins.

Most of our crew believes the Chiefs will be the end of the Titans’ Cinderella story and avenge their Week 10 loss. It’d mean Kansas City’s first Super Bowl appearance since way back in 1970. And the panel feels even more confident about which team the Chiefs will play.

When San Francisco hosted the Packers back in Week 12, it was without defensive end Dee Ford and linebacker Kwon Alexander. And it still completely shut down the Green Bay offense in a 37-8 blowout.

The Packers only managed 198 yards against the 49ers defense. Aaron Rodgers was sacked five times and Green Bay converted just one of its 15 third downs.

Now, the 49ers are healthy again and dealt a thorough ass-kicking to the Vikings offense in the Divisional Round. So it’s not too surprising that eight out of 10 experts are picking San Francisco to roll through the Packers in the rematch.

Two are siding with Green Bay to get its revenge — an idea that isn’t as wild as it sounds. For one, plenty of teams have avenged regular season losses in the playoffs before. It’s hard to beat a team twice, and it’s never a sure thing when Aaron Rodgers is on the field. In a 28-23 win over the Seahawks last week, Rodgers threw for 243 yards, two touchdowns, and no interceptions.

In 17 career postseason starts, Rodgers has 38 touchdowns with 10 interceptions and a 100.0 passer rating. In comparison, Tom Brady has an 89.8 passer rating in playoff games.

Still, most of the panel thinks the 49ers will complete the season sweep and make a seventh Super Bowl appearance.

Welcome back to our Good Dog of the Conference Championships: Bennett

Bennett was our canine expert back in Week 3 and earned a return by compiling an impressive 11-5 record.

As a (forced) Steelers fan, Bennett’s thrilled that the Patriots and Ravens are no longer playing (we still love you, Lamar). That said, the decisions don’t get super easy with the remaining teams.

Bennett Dog loves cheese more than most things in life and is built just about as solidly as Derrick Henry, so her first inclination was to choose the Packers and Titans. The 49ers and Chiefs, however, have Virginia alums in Tim Harris and the injured Juan Thornhill, so Bennett’s UVA ties win out. Plus, she thinks Jimmy G is a babe.

Here are all our picks for the AFC and NFC Championships, with the caveat that they’re subject to change by Friday if there’s injury news. Our guest picker is once again Alexis Chassen from our Eagles blog, Bleeding Green Nation. She went 10-6 during an upset-heavy Week 13.