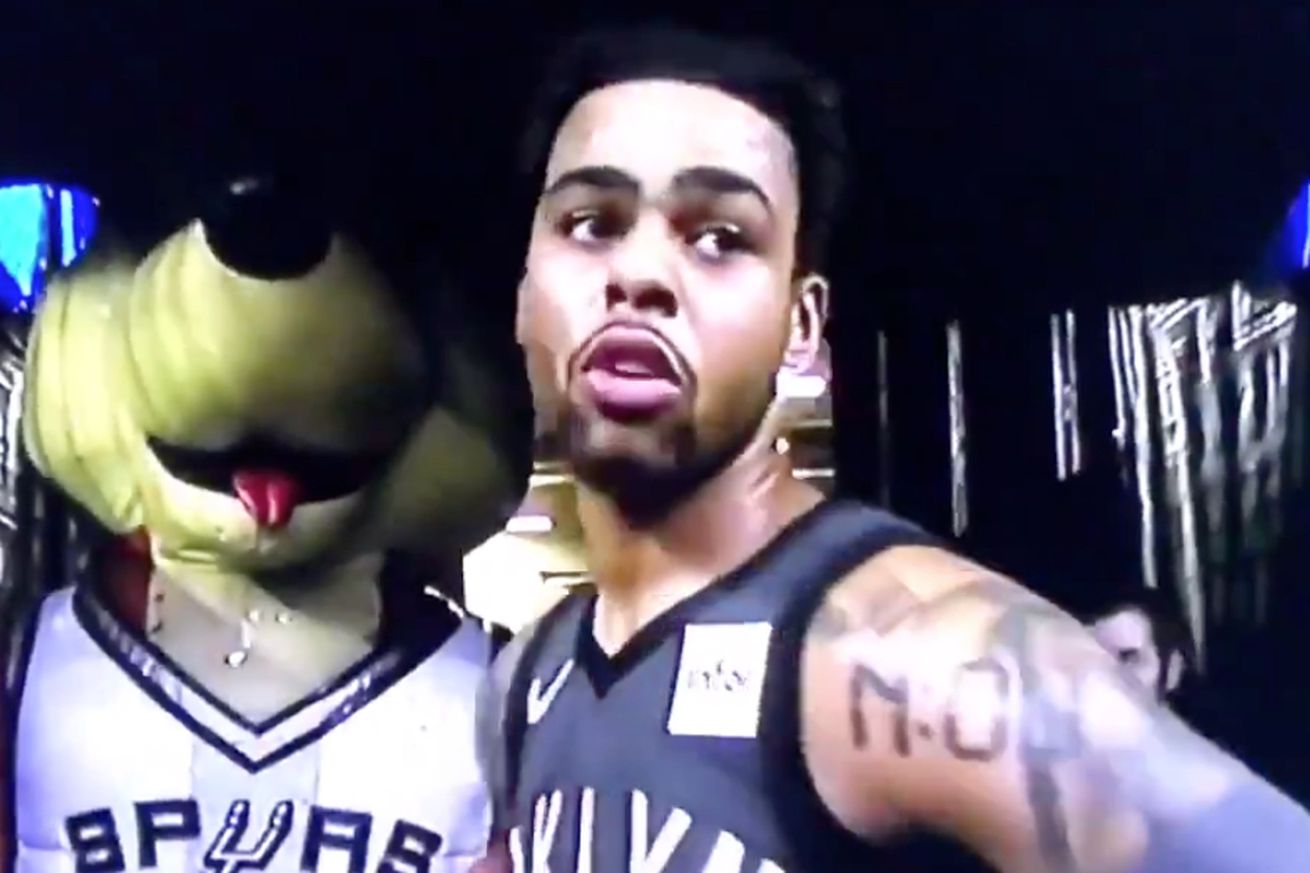 And also, here are the ones you can not.

The NBA has a bat problem. It’s true. In the past week alone, seven bats have been spotted in two different NBA arenas: Utah’s Vivint Smart Home Arena and San Antonio’s AT&T Center.

Bats aren’t birds that fans typically laugh at until they fly away, because they’re freakin’ bats! Bats aren’t funny! They’re terrifying to most, do not belong at any sporting event, and most definitely shouldn’t be near the court. Yet the nearly blind mammal finds its way to the hardwood time and time again, sometimes bringing the whole squad for a group outing.

Through each bat encounter, we learn something about our favorite athletes that we never thought we’d see. Bats bring out the literal fight or flight instincts in the seven-foot fraternity of basketbros, and it’s entirely hilarious.

We have one true King in the world of bat-hunting: Manu Ginobili, the single-motion bat-sassin known famously for spiraling a bloodsucker from the air down to the floor in a Halloween game against the Kings in 2009, executing the swiftest pest control cleanup of all time. That’s why fans in San Antonio chanted his name in the most recent spotting of a quintet of fang-havers on Thursday.

“We want Manu chant” now going on during delay of game due to bats @spurs #spurs @manuginobili pic.twitter.com/TxFcxM2jkS

But others haven’t basked in the same glory as Ginobili. Here’s who we can confidently say is and is not afraid of bats.

The No. 1 person not to be around during a bat-pocalypse is D’Angelo Russell. He’s not going to make it.

Once the bats showed up at the Nets-Spurs game on Thursday night, Russell ran to the tunnel. Seriously.

He has a history with bats, going back to his time with the Lakers. Bats came out during a practice at AT&T Center before a game against the Spurs, and Russell recording his feelings, saying, “They vampires to me. They eat people.”

D’Angelo Russell, on bats “where’s Ginobili when you need him?”

“They all vampires to me” pic.twitter.com/SZIRJXhmEc

[Note: Bats do not eat people.]

Bats interrupted Mitchell’s warmup in January, and he “was not cool with that.”

“I’m glad [the team’s mascot] came because I would not have finished my warmup. I would’ve went straight to the locker room.”

| “I was not cool with that, at all. I’m glad the bear got him ’cause I would not have finished my warmup, I would’ve gone to the locker room.” pic.twitter.com/WLNtya3rjX

In the second round of bats at AT&T Center, Gay straight up just ran behind a referee in fear. He booked it. Was not having a second of these dang bats.

The bats return to the AT&T Center.

AND HE GOT IT!!! pic.twitter.com/ediKLkYheO

The retired former Kings guard hasn’t gone on the record to talk about bats, but it’s very obvious that he is not a fan. He was in the background of Ginobili’s famous swat, and you can see him flinching as Ginobili strikes.

NOT Afraid of Bats

This one is obvious. Watch our bat savior, in all his glory, take one down.

San Antonio’s oddly sexual wolf-creature is an expert with a net.

Watch him go! He even has a designated uniform for the stunt.

Donovan Mitchell’s savior came in the form of a mascot bear that’s known to temporarily steal children, but that’s neither here nor there. He can also catch bats!

Gasol was ready to go on Thursday night, with five bats in sight. He rolled a towel, ready to whip them from the air, but ultimately came away with zero catches.

At least he wasn’t afraid!

Bats everywhere at the AT&T Center …. where is @manuginobili ???? pic.twitter.com/RDTpfZDIXq

Aldridge wasn’t standing tall and mighty in trying to get this couple-ounce wing-devil. He instead tried to lightly toss a ball at — which we’ll consider means he is unafraid of bats.

The bats return to the AT&T Center.

AND HE GOT IT!!! pic.twitter.com/ediKLkYheO

Way Too Unafraid of Bats

Lopez talked to SB Nation after the Bucks win over the Wizards on Feb. 2, and revealed what he’d do if a bat came into an arena he was playing in.

Brook Lopez: If you’ve learned anything from the modern superhero myth, if you see a bat around and it bites you, you have a 75 percent chance of ending up a superhero. Otherwise you’ll probably get really get sick. But it’d be cool to be a superhero. You don’t need to be too afraid, I’d say give it a shot.

SB Nation: So you’re going to let the bat bite you?

SB: Are you going to just stick out your hands?

Brook: I’m just going to just make myself available. At that point, it’s up to the bat. A lot of it is up to fate in these superhero stories. But I want to give myself a shot.

This story will be updated as more bats invade NBA arenas.