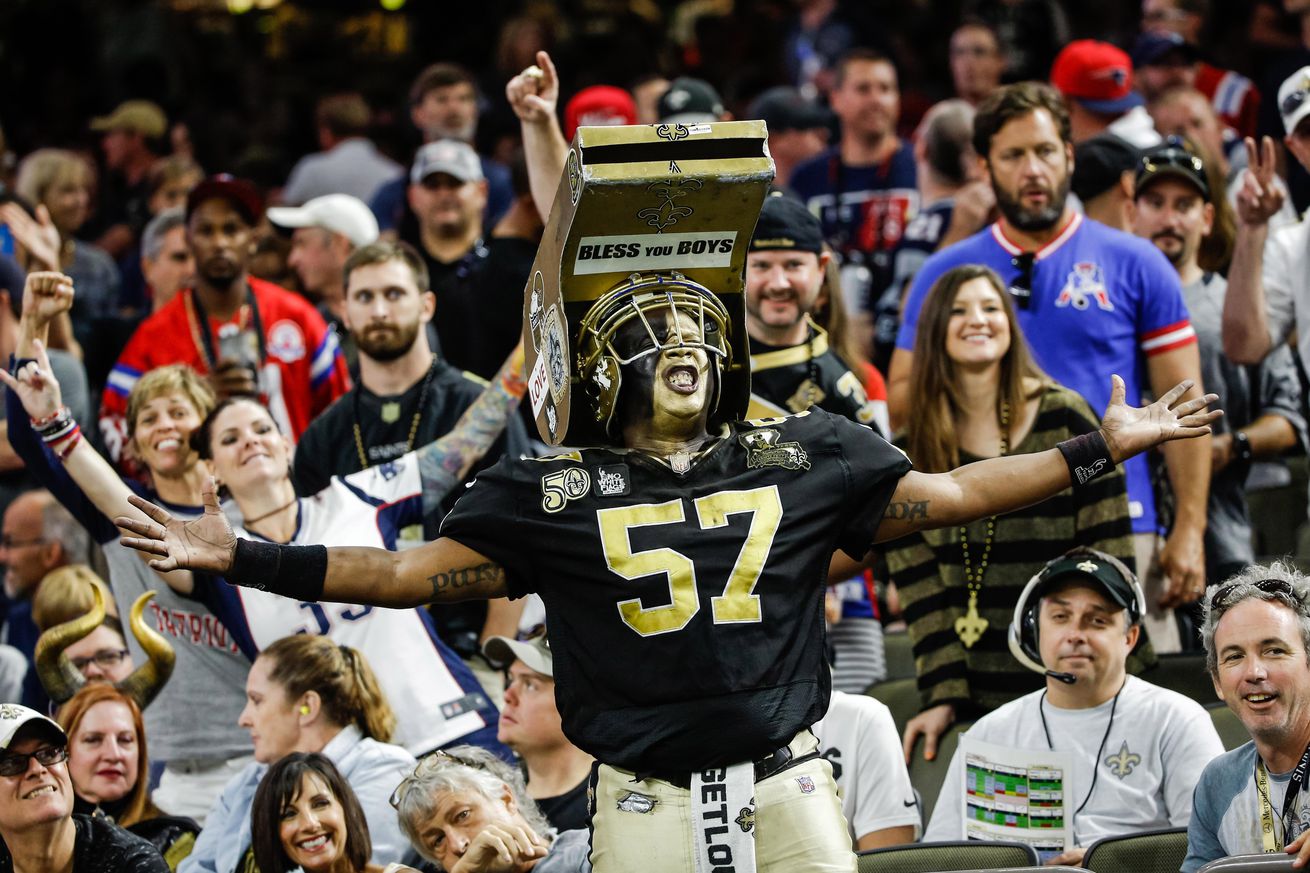 It’s bothering everybody watching on television, but Saints fans are used to it.

If you’re watching the Rams-Saints NFC Championship Game, you’ve probably heard a whistle so piercing, it sounds like one that referees use during a game.

He’s been helping make the Superdome loud since 1996, after learning from his uncle at the age of 15.

Jeff Duncan profiled Mitchell for the Times-Picayune in 2012:

The 1996 Saints were in the midst of a dreadful 3-13 campaign, the last of Jim Mora’s coaching tenure in New Orleans. The Superdome was lifeless, and the lack of intensity transferred to the players on the field.

Mitchell put his lips and two and two together. A hobby became his hallmark. A Saints super fan was born.

”I had an epiphany,” said Mitchell, 44. “The team wasn’t very good and they needed us at that time. I had the whistle. I needed to figure out how I was going to incorporate that into helping the team. There was a lot of hot air in the Dome back then. I figured I’d take that hot air, blow it through the whistle and provide the sound. Necessity is the mother of invention.”

He’s even got an entire routine that he goes through before each Saints game.

It includes some crunches, face paint, among other things:

According to the Times-Picayune, you can find Whistle Monsta in Row 1 of Section 111 of the Superdome, which is behind the opponent’s bench. That’s some convenient placement.

OK, and maybe there’s other fans creating an artificial whistle?

So the @Saints are literally using whistles. @NFL.. pic.twitter.com/J2WKppOWLC

It’s not surprising somebody like the Whistle Monsta exists, considering how deafening the Superdome crowd can be. He, and the rest of the Saints faithful have proven to be a pain for Jared Goff and the Rams’ offense.