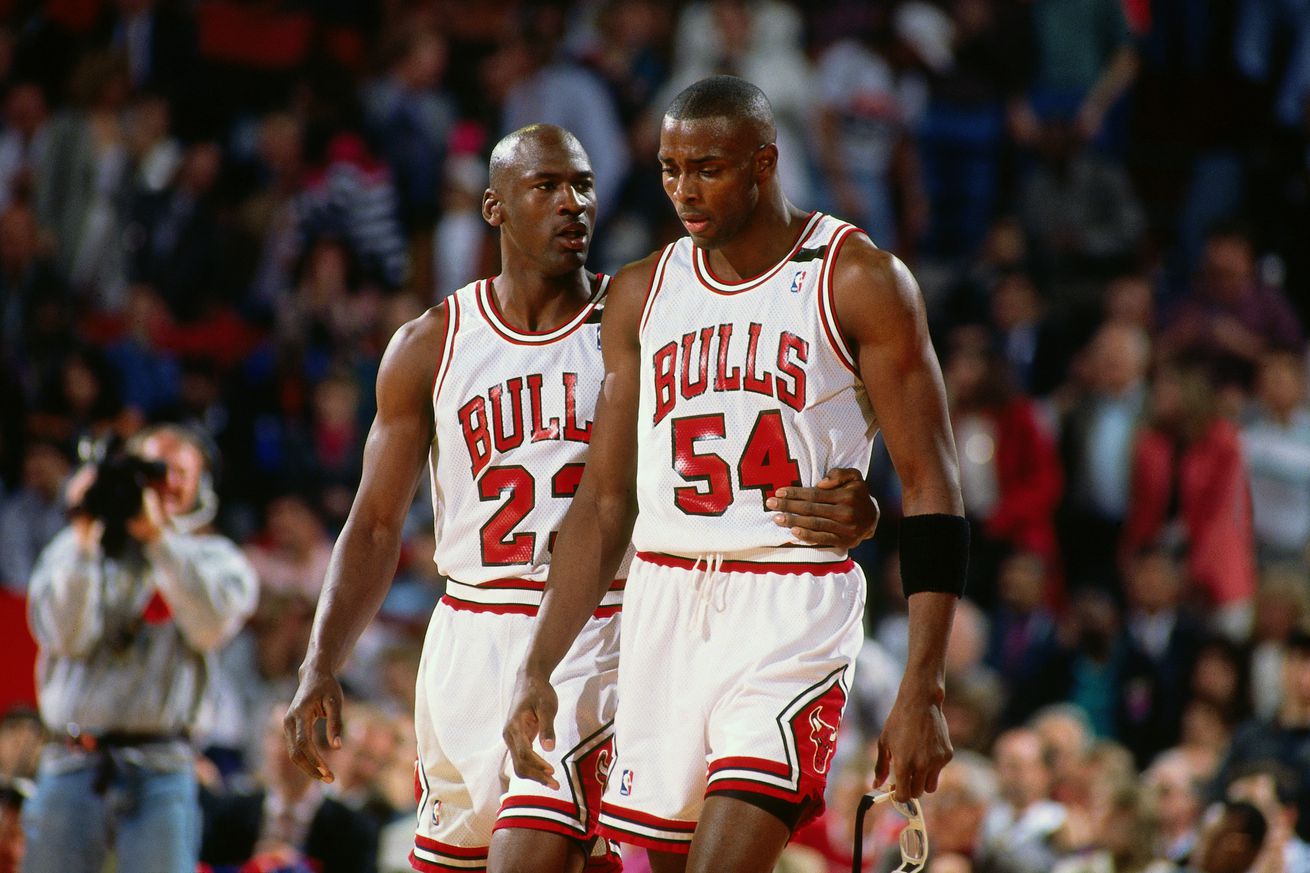 This dates back almost 30 years.

Everyone is in love with The Last Dance renewing interest not only in Michael Jordan, but the entire 90s Chicago Bulls era. Well, that is, almost everyone. On Monday former Bulls forward Horace Grant blasted the documentary series, accusing it of being a one man show, among other things.

Appearing on ESPN Radio in Chicago, Grant re-ignited his long-standing beef with Jordan, saying that disagreeing with Jordan was tantamount to a death sentence due to MJ’s influence.

This isn’t a one-off situation, but rather the result of long-standing tension between the two that dates back almost 30 years.

Detroit Pistons during the 1990-91 NBA Finals to limit Jordan’s effectiveness on the court.

While the book was billed as basketball nonfiction, it also included numerous anecdotes purporting to have occurred with Jordan at the Bulls’ helm. This included alleging that Jordan punched Will Perdue, and intentionally threw hard passes at Bill Cartwright to expose him and break him down.

At the time of release Jordan’s teammates rallied around their star, saying the details in the book were fabricated. Stacey King called it a work of fiction, and Jordan himself said he’d laugh off the book and move on.

Behind the scenes things weren’t so smooth. It was Jordan’s belief that much of Smith’s information came from Horace Grant, which led to immense tension between the two. Grant left the Bulls in 1994 to join the Orlando Magic, the only team during the Jordan era to beat the Bulls in the NBA Playoffs. Grant and Jordan never mended their fences and continue to have an icy relationship to this day. The saying goes that “time heals all wounds,” but that was tossed aside Sunday night when Jordan referenced the release of the book, and re-ignited the beef saying:

“I didn’t contribute to that. That was Horace. He was telling everything that was happening within the group.”

Grant says that Jordan controlled the message of The Last Dance, which cast him as the villain in the scenario. While he acknowledges he had a close friendship with Smith, he vehemently denies he supplied the writer with details from the Bulls locker room. Instead, he turned the focus back on Jordan, calling him “a damn snitch” for discussing the rampant drug use he witnessed at a team hotel during his rookie season.

“My point is, he says I was the snitch, but still after 35 years he brings up his rookie year, going into one of his teammates rooms and seeing coke and weed and women. My point is, why did he want to bring that up? What does that got to do with anything? If you want to call somebody a snitch, that’s a damn snitch right there.”

Grant went on to allege that Jordan ostracized Charles Barkley and has’t spoken to him in years for criticizing how MJ runs the Charlotte Hornets.

Where does the beef go from here?

Neither producers of The Last Dance or Jordan have said anything about Grant’s claims about the series. It’s clear, however, that there’s a lot of bad blood between the former teammates, and from what we know about Jordan he won’t be the one to extend the olive branch.

Perdue, a player central to one of the most damning stories in The Jordan Rules said that Grant’s issue with Jordan was that he was forced to take a backseat to the phenomenon surrounding No. 23.

Grant and Jordan appear to have so much disdain for each other that they may never have a close relationship again. In time this beef will be pushed to the back burner once more, but it’s just waiting for the next occasion for the pair to take shots at each other and start it again.