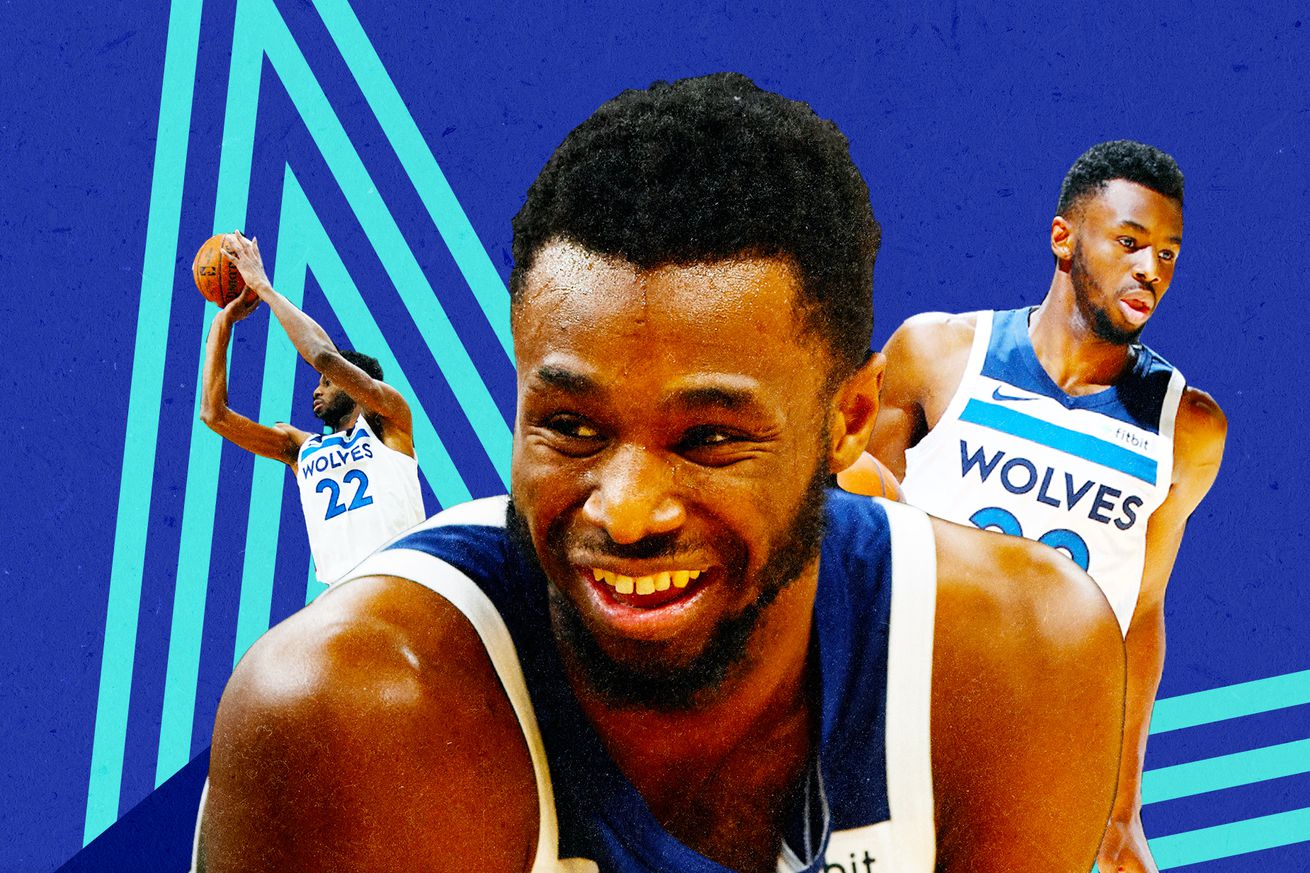 Andrew Wiggins is shedding the bust label this season for the Wolves.

A breakout year in Minnesota is changing the narrative on the former No. 1 overall draft pick.

It’s the first quarter of a mostly meaningless preseason basketball game between the Minnesota Timberwolves and Haifa Maccabi Haifa. Wolves wing Robert Covington snatches a chain (his mama gave him that chain) and flips the ball ahead to new signee Jake Layman. Layman dribbles to the right wing before finding a cutting Andrew Wiggins as he flashes to the right block.

This is where it gets interesting.

Wiggins corrals the ball, but then .. retreats. One hop-dribble to the right, one to his left. Suddenly, he’s in the right corner raising up for a lightly contested triple. It goes in.

Preseason basketball is mostly meaningless. Rotations aren’t set, players aren’t fully in game shape, and maybe 15 percent of a team’s schemes are in place. They’re glorified scrimmages, but that doesn’t mean you can’t draw anything from preseason.

That decision from Wiggins — turning down a mid-post fade or an awkward drive for a three-point opportunity — was a flashbulb moment. It was a hint of willingness to transform his shot profile. That willingness, combined with improved coaching, has led to a breakout season.

The cost of Wiggins’ scoring

To this point, a two-fold problem has hindered the Wiggins Experience. Entering the season, scoring was really the only area of the game Wiggins brought any real value to. Yet, that value felt pretty underwhelming for a virtual 20-point scorer.

Via PBP Stats, between 2014 and 2018, the Wolves only scored 3.2 more points per 100 possessions with Wiggins on the court than when he was on the bench. Klay Thompson, a guy that has toggled between being a second and third option, more than doubled that number (plus 7.02 when he’s on).

There are obvious caveats to on-off numbers — who did they play with? Who replaced them? — though it becomes easier to draw conclusions over a five-season sample. Chief among them in the Wiggins-Thompson comparison: there’s a canyon-sized difference between the two’s shot profile.

Thompson is, at worst, a top-five shooter of all-time. Not only does he convert triples at an elite rate (career 41.9 percent), he takes more shots from deep than any other range (career 43.7 three-point rate). Wiggins isn’t close to Thompson’s class as a shooter, but his love for taking middies when players like Thompson were hoisting threes was detrimental.

Over the same five-year sample, only three players — DeMar DeRozan, LaMarcus Aldridge, and Russell Westbrook — attempted more “long mid range” shots than Wiggins’ 1,828. Being able to score at all three levels has value, but taking as many as Wiggins while converting at less than a 35 percent clip is a recipe for disaster.

Wiggins has modernized his game

The shooting percentages are especially notable here. His three-point shooting (35.4) is hovering around league average. His true-shooting is the best it’s ever been despite a subpar free-throw percentage.

You can attribute most of the boost to his efficiency inside the arc. His 69.8 percent clip inside of three feet is elite, but it’s something we’ve roughly seen before (69.5 in 2017-18). The difference is that he’s getting to the rim more.

He’s chopped out a good bit of the mid-range fat from his game. Only 12.9 percent of Wiggins’ shots have come from the “long mid range” area this season, down from 22.8 last season. A whopping 66.1 percent of his shots have come at the rim or behind the arc, much higher than his 58.4 mark the year before.

The Wolves have a coach in Ryan Saunders that seems to know how to optimize young talent. Who is the last coach Wolves fans could confidently say this about?

Saunders has famously gone wing-heavy around Karl-Anthony Towns and empowering him to flourish with more space around him. That trickles down to Wiggins as well. When KAT is the lone big on the floor — while doubling as a top-five shooter in basketball — Wiggins has more room to operate.

With wider driving lanes available, he really doesn’t have an excuse not to take advantage of it. He’s faced more 1-on-1s than he ever has, giving him more real estate to dust fools with his patented spin move.

Schematically, the Wolves have made it a point to give Wiggins running starts. They may run early or drag pick-and-rolls early in the clock:

They’ll also have him relocate from the corner to the top of the key before kicking off a two-man action:

Putting Wiggins in these spots have helped cover his lack of elite feel. The design of those quick hitters, the personnel, and the positioning of the personnel allows Wiggins to make easy shoot-or-pass decisions.

Is this version of Wiggins for real?

Wiggins holding his own as a decision-maker is raising the ceiling on his game, and it’s also unlocking possibilities no one could’ve predicted before the year. Heck, Jeff Teague suggested taking a bench role in order to keep the ball in Wiggins’ hands.

If this is the real Wiggins now — a 2.5 level scorer with enough playmaking chops to keep the machine flowing — we have to change the calculus around him. He would no longer be the owner of the worst contract in the NBA; he’d just be your ordinary ascending young talent on a max deal that ends when he’s … [checks notes] … 28 years old.

What happens if that 35 percent clip from three becomes 37 percent? If the free throw percentage bounces back to the 76 percent mark that it was the first three seasons of his career?

His handle — you know, the one that sets up his filthy spin move — looks much better than it did last season. If he starts chaining more moves together, there’s a more-reasonable-than-you-think chance that Wiggins can truly become an offensive stud.

For now, Wiggins is operating as a bonafide No. 2 option on a playoff team. That’s more than many detractors (guilty) would’ve predicted. It’s a testament to Wiggins quite literally fulfilling a promise, and a coaching staff putting him in better positions to succeed. Even if a slight regression hits, you’ll be hard pressed to find a better story than Wiggins turning things around to this degree.