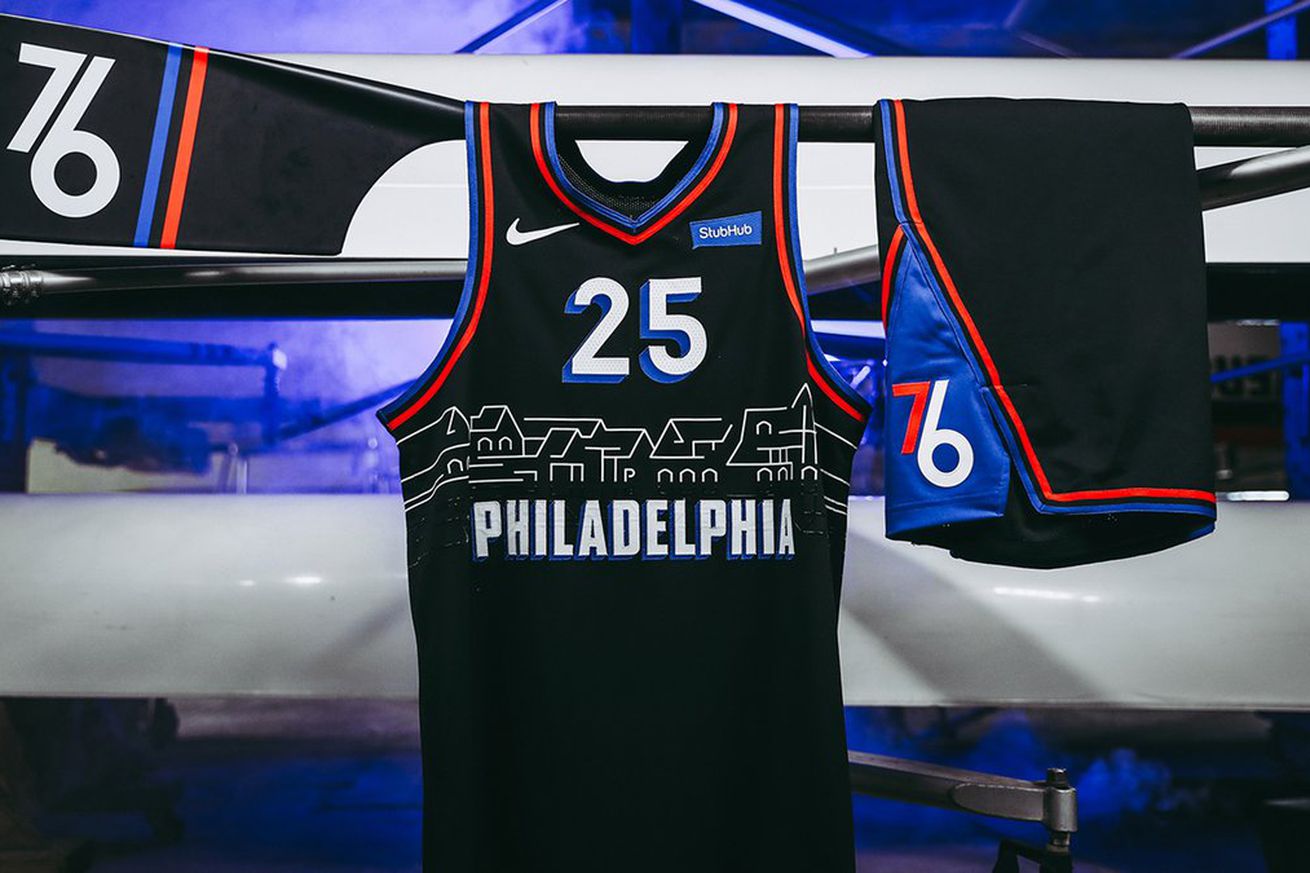 When Chris Heck, the Philadelphia 76ers team president, began his role in 2013, he vowed that the 76ers would never bring back the black uniforms. Fast forward to 2020, the franchise released their new City Edition uniforms, and you guessed it, they’re black.

So what made Heck change his mind? The team’s star forward, Ben Simmons, would not stop asking Heck to bring back black jerseys until he finally gave in. Now “The City of Brotherly Love” is back in black.

“I’m grateful the team included me from the jump and can’t wait to wear this jersey next season,” Simmons said. Here’s your first look at the Sixers’ new uniforms:

As a brief history lesson, the 76ers wore black for the first time in 1997. It was their road game uniform and marked the beginning of a uniform collection that lasted from 1997-2009. Though Simmons was only one-year-old the first time the Sixers wore black, much of his childhood was painted with images of Allen Iverson and the Sixers in black as they completed and ultimately made a Finals run in 2001.

That run inspired the design found on their City Edition jerseys, which, though not a replica, pays homage to the last time the Sixers won an Easter Conference title. Maybe, just maybe, these jerseys can help the 2020-2021 Sixers team create a little history of their own. But until then, all you black jersey Philly fans have Ben to thank.