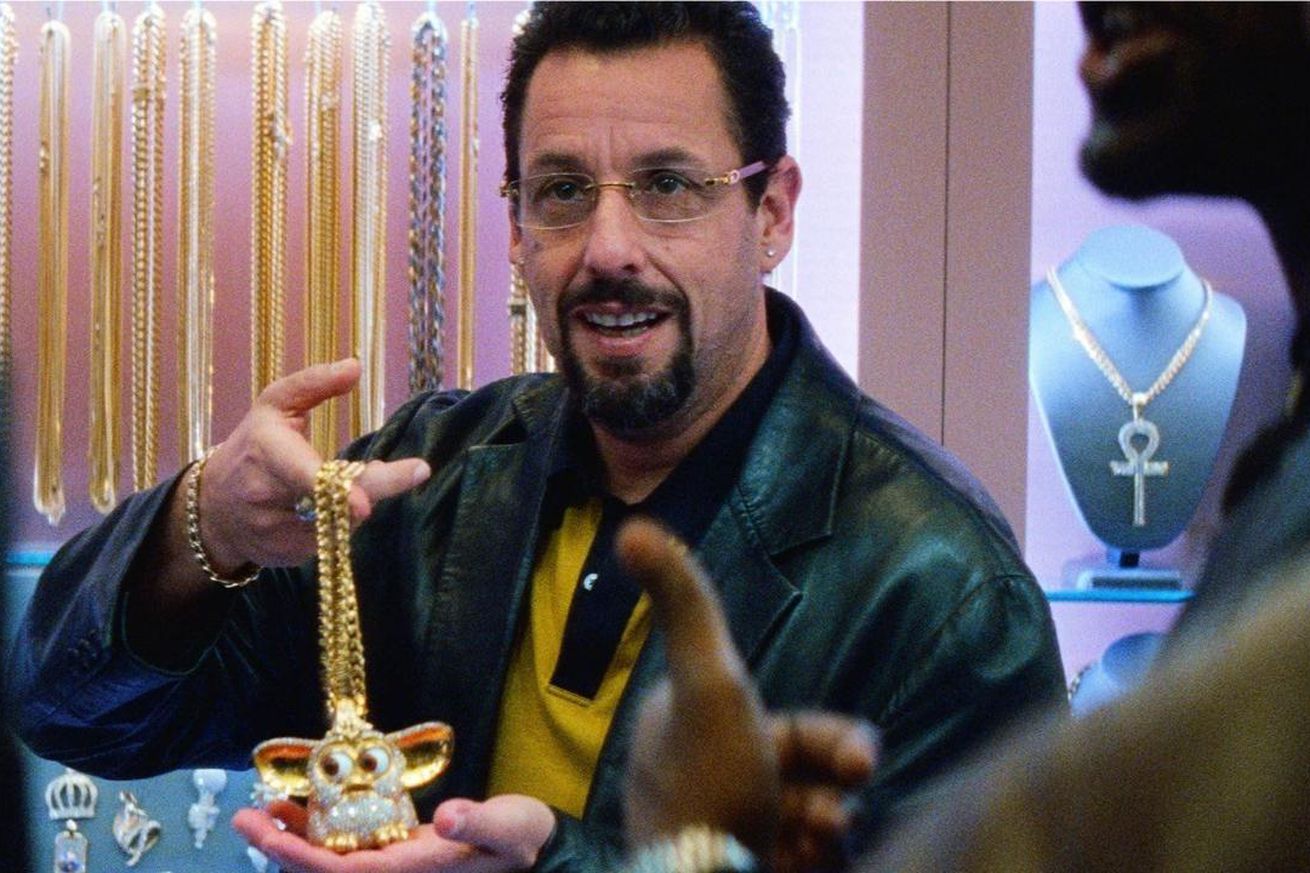 This year’s Oscar nominees were announced Monday and there was one notable absence from literally every single category: Uncut Gems — a frustrating, anxious film that starts inside Adam Sandler’s ass and GOES PLACES from there.

On the one hand, I get it. Uncut Gems isn’t an Academy darling examining the frailty of the human condition or a big-budget war movie. It’s a simple movie about a dude with a diamond, a gambling problem and the complexities of trying to meet up with Kevin Garnett.

But it’s also legitimately a really good movie, I think. I’ve watched Uncut Gems twice now and I still don’t know if I actually like it, which is a testament to how nauseating and stressful the whole affair is. That should mean something in the Academy’s eyes. Lots of movies this year will make you experience emotions, but nothing makes you feel those emotions like Uncut Gems.

The movie may never get the recognition it deserves, but I’d like to give props to the biggest snubs that deserve some recognition this award season.

At its heart, Uncut Gems is utterly predictable. We’re conditioned to know that movie dirtbags rarely get happy endings, but what the movie does so masterfully is make you root for Howard Ratner, then feel dirty for rooting for him. This is a flawed man who vacillates from being more fake with acquaintances than a $10 Rolex, to being utterly reprehensible with the people he loves.

Everyone in Ratner’s life is a prop to further his own addictions. Addictions to gambling, women, money, status — and his cluttered life has become so difficult to manage that every lie, each new venture adds another piece of emotional baggage to an overloaded plane that’s struggling to stay in the air.

Uncut Gems is about everything and nothing all at the same time. It’s an impossibly difficult tight rope to walk as a filmmaker, and the Safdie brothers do so masterfully. It’s honestly a stunner this movie didn’t get some kind of recognition. It should have made the list.

I’ll hear arguments that the field was too full for Uncut Gems to sneak into Best Picture, but it’s a travesty that Sandler didn’t get a nomination for Best Actor. This was a tour-de-force performance that proves with the right script, Sandler can act his ass off.

Sandler’s work as Howard Ratner was so believable it’s almost like an alternate timeline exists where this was Sandler’s life. The performance was deep, with soul-crushing vulnerability married to grotesque actions in such a way that every scene was evocative in some way. There was no wasted space, no chaff to cut away — and we’re left with a raw, real character study of a man watching the world around him collapse.

Sandler jokingly said if he didn’t get an Oscar nomination for Uncut Gems he would purposefully make the worst movie of all time. I guess we’ll need to wait and see what becomes of it.

But seriously, the best performances come from the unexpected. If you told me six months ago I would be making a serious argument for Adam Sandler to be nominated for Best Actor in a gambling movie I would have slapped myself — and yet, here we are. This isn’t the first performance with emotional depth for the actor (Punch Drunk Love, Funny People) but it is the first that transcends comedy and proves Sandler isn’t just a joke.

I don’t have a great argument here. I just think it would be fun to see Kevin Garnett nominated for an Oscar.

Sometimes a film’s score deserves recognition for its emotional weight. Perhaps it stands out on its own for its innate listenability. In Uncut Gems, the score serves a purpose: support everything. If you’ve seen the movie, it’s probably difficult to pick out anything about the music that stands out other than a performance by The Weeknd, but it’s there, and it’s impactful.

With a swelling New Age synth vibe that feels distinctly ‘80s, it underscores Howard’s attempts to remain relevant in a world rapidly passing him by. It also helps consistently build tension with its unsettling, Gregorian chant-esque electronica that punctuates each scene with an ever-present feeling that something is about to go horribly wrong.

It’s not terribly dissimilar in tone to Trent Reznor and Atticus Ross’ work on The Social Network, which won an Oscar; this year, Star Wars: The Rise of Skywalker is nominated for John Williams largely doing the same thing he’s been doing with the series for 40 years.

Should the movie actually have won any of these?

No, probably not. I mean, I’m a realist here. That said, I’ve seen most of the movies nominated this year and Uncut Gems is still the one that has stuck with me the most. I want to tell people to see this film if only to talk after to find out what they took away.

It’s a shame, and the movie deserved more.