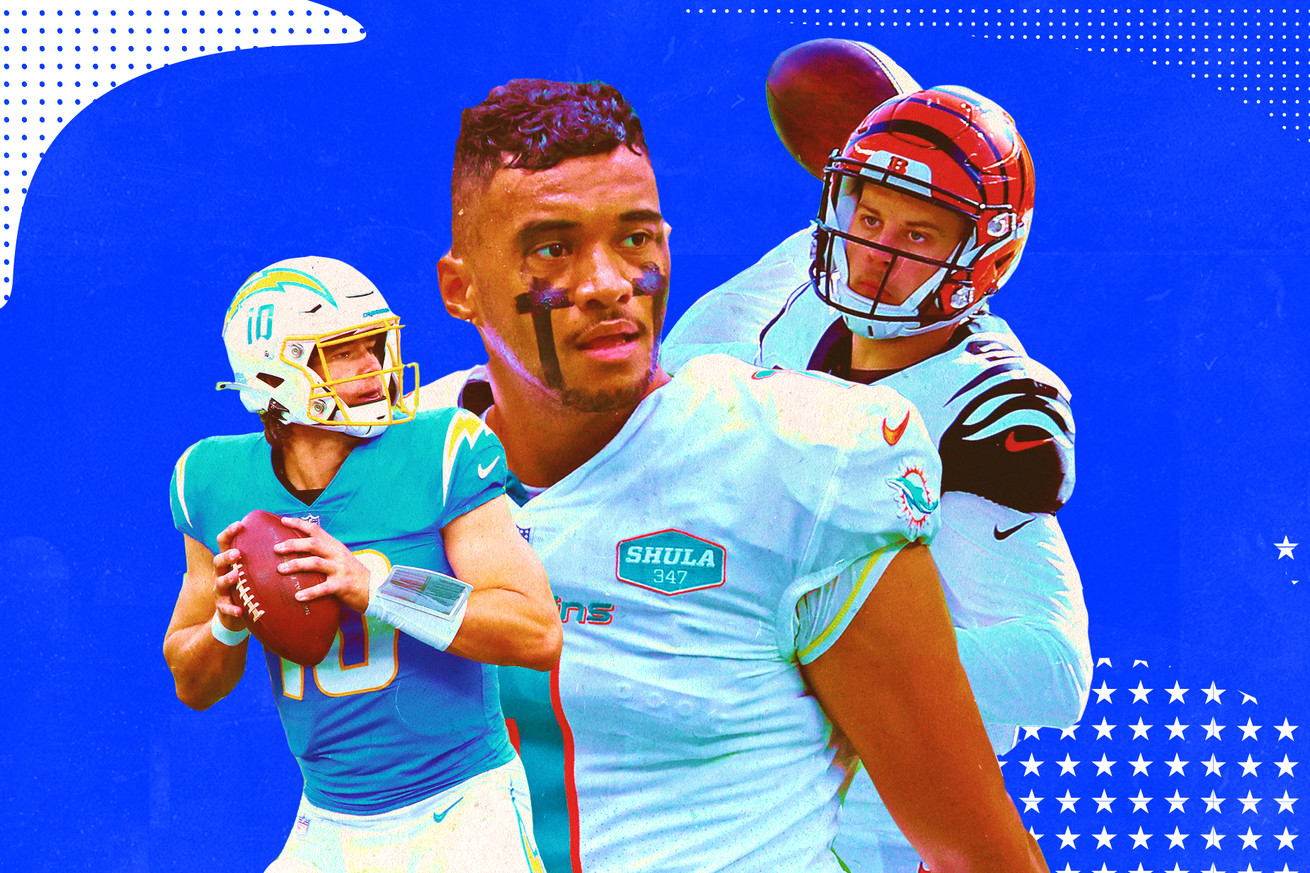 Manning, Rivers and Roethlisberger were special. These guys are even better.

All you need to mention is “2004” when it comes to the NFL Draft, and football fans immediately know what you mean. The 2004 draft produced some of the best players of the last 20 years, but it was headlined and remember for the trio of Hall of Fame quarterbacks who indelibly changed the game.

Eli Manning, Philip Rivers and Ben Roethlisbeger changed the fortunes of their respective franchises. Eli returned the Giants to the Super Bowl, winning two rings, including one of the most memorable upsets of all time. Roethlisberger won rings of his own, starting as early as his second season in the league. He was so impactful for the Steelers that he made people remember the dominant Pittsburgh teams of the 70s. Rivers, oft seen as the odd man out, might wind up being the best pure passer of the bunch, and while he languished on the Chargers for years, he was so good that he’ll likely be up there in the conversation with Dan Marino as the best quarterbacks to never win a Super Bowl.

Every few years we get a crop of quarterbacks that start the buzz of “is this 2004 again?” but, always there’s a let down. The idea of getting one transcendent quarterback in a draft is rare enough, hitting three might as well be a statistical impossibility. Now, just over midway into the 2020 season there’s an increasing chance that for the first time since Manning, Rivers and Roethlisberger hit the league that the new breed of NFL rookies could actually be that good, and that’s incredibly exciting.

It starts with Joe Burrow.

It’s easy to forget that Burrow really wasn’t seen as “the prize” at quarterback until college football season was nearly over. Up to that point everyone was talking about Tua Tagovailoa, and Tua alone. Then Burrow won the Heisman, led LSU to a national championship, and quickly became the favorite for No. 1. Coaches sang his praises, saying he was NFL-ready, and the marketing was perfect for Cincinnati to bring a local Ohio guy back home and have him lead the franchise.

However, there was still doubt. How much of his astounding season at LSU was product of Burrow’s ability, and how much was a phenomenal supporting cast? Was the quarterback the catalyst for success, or an NFL caliber coaching staff outsmarting the rest of the game?

In the end most people seemed to settle on the idea that Burrow would be a good quarterback, and had the right demeanor for the game — but perhaps a “safe” choice, that wouldn’t really take over the NFL. So far, he’s proved everyone wrong.

This would amount to more passing yards that any season in Eli Manning’s career, bar one — and a QB rating on the year that Manning only surpassed five times. When it comes to No. 1 overall picks it’s clear Burrow is worthy of the hype.

Tua Tagovailoa has bounced back from injury.

It’s understandable why the Bengals weren’t comfortable rolling the dice on Tua, even though a lot of people believed they should have. After sustaining a devastating hip injury, there were questions whether the Alabama QB could ever really bounce back and return to himself. Ultimately the Dolphins decided the risk was worth it, and got who many believed was the best quarterback in the draft with the 5th overall pick.

Miami was smart in easing Tagovailoa into the NFL. Deep down they knew that competing in 2020 probably wasn’t in the cards, so they turned the reigns over to Ryan Fitzpatrick to start the season.

Now, the team has been handed to Tua, and he’s been amazing so far. It’s critical to remember that while Burrow is playing excellently, he also has a much, much better cast of receivers in Cincinnati that Miami does. Nonetheless, we are seeing the second incredible quarterback out of the 2020 draft blossoming, and proving that he too can make a huge impact on the league.

Yes, this is a small sample size — but his talent is undeniable.

Justin Herbert is the dark horse blowing away expectations.

When it comes to the trio of quarterbacks Justin Herbert was seen as the “risk.” There was plenty to love about how he played at Oregon, but also concerns whether he could handle the pressure and speed of the NFL. Selected 6th overall, it was initially planned to have Herbert learn behind Tyrod Taylor. Then Herbert’s number was called early when a team doctor pierced Taylor’s lung with a needle, because 2020 is bananas.

Expectations were measured to start, but it quickly became clear that Herbert wasn’t just a good NFL rookie, but he was fully capable of playing amazing football against excellent opponents and destroyed the doubters in the process. There’s very little to dislike about his game, and while the Chargers have a terrible record this season, it’s about how they’re losing — not that they are losing games. They’re keeping games close, and on any given week Los Angeles has a chance to win. Now they can build around the rookie and take the next step.

Nobody could have predicted just how sensational Herbert has been, and how lucky the Chargers have been in the process. Remember when the Colts parted ways with Peyton Manning only to have Andrew Luck land in their laps? Moving from Philip Rivers to Herbert is a similar scenario, but with considerably more risk involved.

So, how do the trios really compare?

This takes a little bit of projection, and there are different factors at play. Eli Manning and ben Roethlisberger were thrown in to play from the jump, while Rivers sat behind Drew Brees for two seasons. So this is based on projecting the first 16 starts of each quarterback’s career.

The league has changed a lot since 2004, but we are witnessing the seemingly impossible becomes reality. The group of 2020 first round quarterbacks are blowing the vaunted 2004 group out of the water. We now wait to see whether this group has the sustained success the old guard did, or whether this is a flash in the pan. However, with everything we know right now, we are witnessing the greatest group of new QBs to ever enter the NFL. All three have franchise potential. Each is giving their team hope.

In 10 years we might no longer be talking about the 2004 draft, instead asking “Can any class live up to the passers from 2020?” That’s wild to think about.