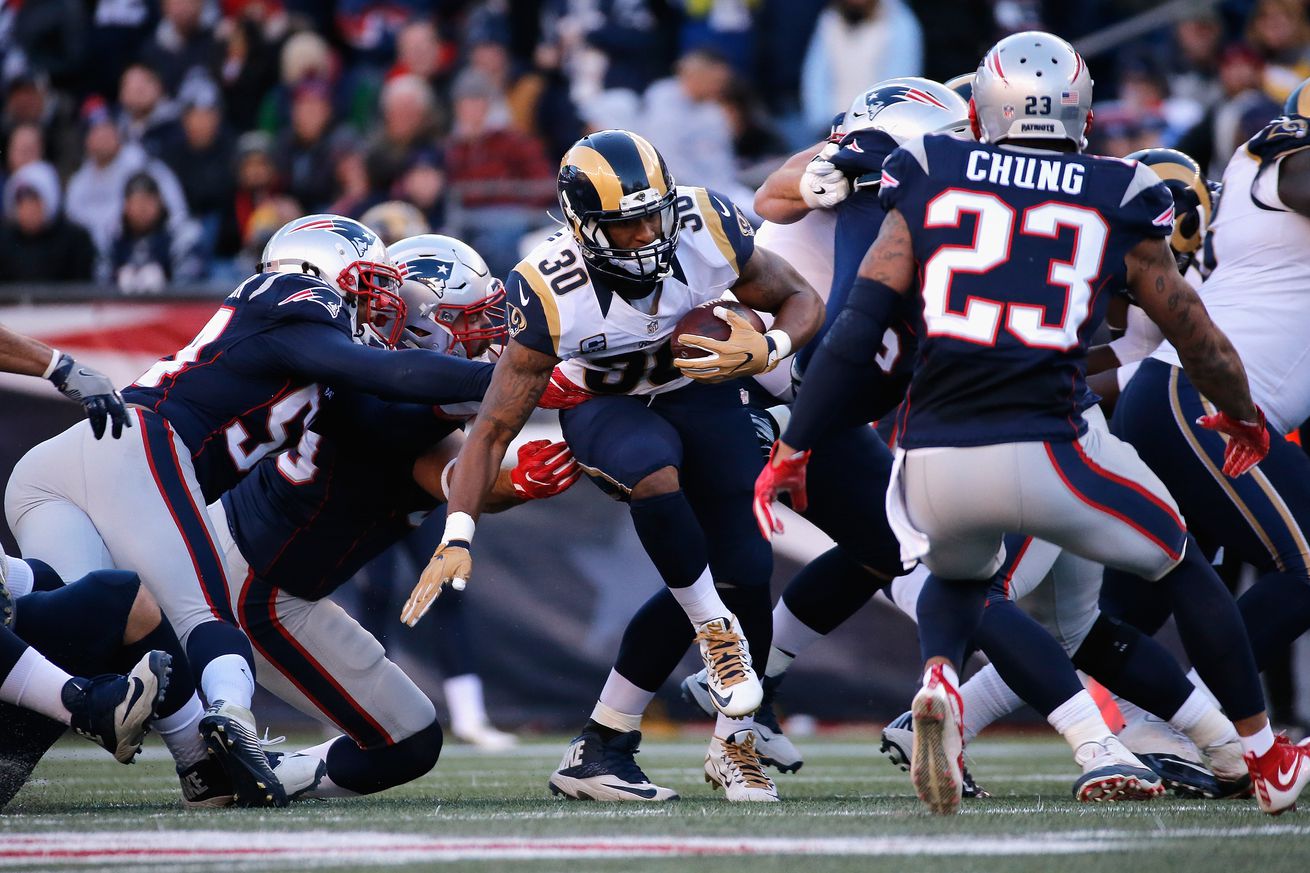 Jared Goff vs. Tom Brady are fascinating players, but so are their supporting casts. The Rams have some stars, but the Patriots always find a way to get the most from their players.

On Sunday, one of the youngest quarterbacks in the NFL will face off against one of the oldest to ever play the game. Super Bowl 53’s matchup between Jared Goff and Tom Brady will feature the largest age gap between starting passers in the game’s history — more than 17 years between the 41-year-old Brady and the 24-year-old Goff.

While much will be made of the showdown between the two signal callers, they’ll only be as good as their supporting casts allow. For Goff, that means relying on an All-Pro tailback and a pair of gamebreaking wide receivers. For Brady, that means his success will come down to a Hall of Fame tight end, one of the postseason’s most reliable wideouts, and a budding young runner.

So who has the advantage? Let’s take a closer look.

The Rams have built a talented roster of receivers in an extremely Patriots way. They rescued one guy (Woods) from Buffalo in free agency. They drafted a scrappy small-school white guy to mold into the perfect mid-range complement (Cooper Kupp). And they even traded for Brandin Cooks (with the Pats, no less).

Those three have given Goff all the playmaking help he’s needed to fulfill his potential as a former No. 1 overall pick, though Los Angeles will be a little short-handed in Super Bowl 53. Kupp was lost for the season with a knee injury at the season’s halfway point, pushing Reynolds — a talented but inconsistent multi-purpose threat — into a bigger role.

New England counters with the ever-reliable Edelman and a handful of question marks. Dorsett has failed to live up to his first-round billing, but he’s emerged as a sure-handed target for Brady at important times:

Hogan is the team’s field-stretching deep threat. Patterson could wind up with more carries than catches, but the odds Bill Belichick dials up his number for some goofy gadget play are high.

Advantage: Rams. Losing Kupp was a blow to LA’s depth, but having two different 1,200-yard receivers on the roster still gives Goff plenty of different ways to burn the Patriots. New England has a solid experience advantage over its counterparts, but in pure talent alone the Pats are lacking at wideout.

This matchup will hinge on which Gurley shows up Sunday. Will he be the wrecking ball who scored 40 touchdowns in 29 regular season games the past two years? Or will he be the guy who couldn’t catch a pass, couldn’t find holes at the line of scrimmage, and couldn’t really block against the Saints in the NFC title game?

If Gurley can’t go, the Rams will turn to Anderson, who had a breakout 100+ yard performance in LA’s first playoff game, then resumed being C.J. Anderson by averaging 2.8 yards per carry against New Orleans.

Michel has emerged as the best lead tailback the Patriots have had since Corey Dillon, and his ability to scoot opponents closer to the line of scrimmage with a flurry of early carries has been paramount to New England’s passing success. White is the greatest receiving tailback in Super Bowl history. Burkhead is a jack-of-all-trades who’ll get the call in short-yardage situations.

Put them all together, and they might be able to match the value of a full-strength Gurley.

Advantage: Rams. Not by as much as you would have thought back in August, though.

Gronkowski has had a major impact in each of New England’s playoff wins, whether it’s been with his blocking …

… or with his receiving skills. Allen has failed to emerge as a target under Brady, but he is another useful blocker.

The Rams will counter with a younger group of playmakers in Higbee and Everett, who are a combined 49 years old. Each is capable of producing big gains up the seam. Neither looks like a future Hall of Famer.

Advantage: Patriots. Gronk is still Gronk, the man with more touchdown passes from Tom Brady than any other Patriot.

The Rams have been strong in pass protection this fall, ranking sixth in the league by allowing Goff to be sacked on only 5.1% of his dropbacks. Whitworth gives LA an All-Pro veteran anchor who won’t be overwhelmed in the biggest game of his 13-year career. Havenstein has been an equally proficient bookend on the other side of the line.

But the Patriots have come together at the perfect time to allow Brady all the time he needs to thrive. New England hasn’t given up a sack through two playoff games, allowing their ancient quarterback to be hit just three times in that span. The club’s interior core — Thuney, Andrews, and Mason — is the best in the league, which is exactly what the Pats need to handle Aaron Donald up front.

Advantage: Patriots. If Brady doesn’t get hit in the Super Bowl, he’ll be the first starting quarterback to go without a sack in the postseason (min. two games) since … Tom Brady in 2004.

2 thoughts on “How do the Patriots and Rams stack up on offense outside of their quarterbacks?”