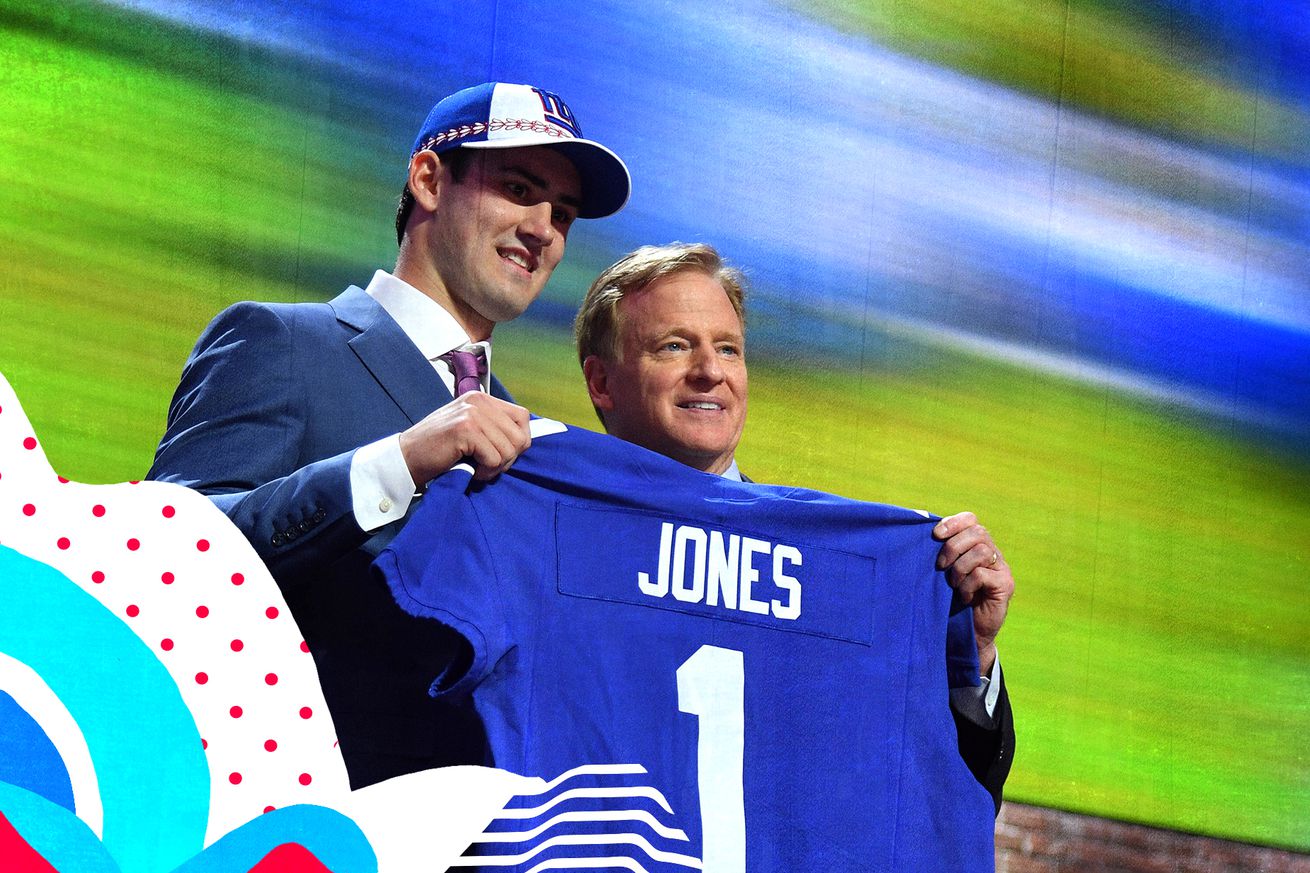 Why would you assume your team is not gonna screw this up?

The NFL Draft is a time of relentless optimism for everyone. The player you get will set the course for your team’s future. Your franchise took the best player available, the perfect thing for its needs, or both. Draft grades from Round 1 all take a really big assumption: that teams won’t screw this up after the selection. That’s a bad assumption.

Due to a myriad of possible circumstances (coaching changes, front office ineptitude, bad deployment of the player, stunted development, you’re the New York Giants, etc.) literally anything can happen to your first-round pick. Many of these teams will screw this up and fail their multimillion-dollar investments. I’ve ranked each pick on a 0-5 RUIN SCALE, with 5 being the most worried I am about a player not panning out through little fault of his own.

Kyler Murray is exceptional, but the Cardinals are sticking him behind an offensive line that’s basically an OSHA violation. Kliff Kingsbury’s vertical passing schemes may be cutting-edge, but if Murray never has enough time to find an open receiver, good luck with that.

He’s also throwing to a receiving corps whose best player is 36 years old. Even if Larry Fitzgerald is a first-ballot Hall of Famer, this is not the ideal situation for a quarterback to step into. Thank God Murray knows how to stay out of trouble.

San Francisco now has a logjam on the DL. The Niners have taken a defensive lineman in four of the last five first rounds, and how they deploy all that talent is going to be interesting moving forward. Maybe you fully shift Solomon Thomas inside? Or trade him, as is rumored.

But if the team doesn’t ruin him, the fanbase might …

Bosa, 21, a talented pass-rusher out of Ohio State, recently deleted several tweets about political and racial subjects. Asked why he had done so, he told ESPN it was in his interest to scrub his social media accounts. “There is a chance I might end up in San Francisco,” he said.

So, to summarize some of the tweets from next year’s likely No. 1 draft pick, Nick Bosa:
1. Black Panther is the worst Marvel movie.
2. Beyoncé’s music is “trash.”
3. Kaepernick is a “clown.”
Alllllllllllllllrighty then.

Nick Bosa on his past use of social media and coming to liberal area of country: “I love the Bay Area and I’m excited to play there. I was a little insensitive in some of the things I said. I’ve learned a lot in the past few months.” #49ers

I’m serious: not even the Jets can screw up Quinnen Williams. The Jets were saved from themselves, because they reportedly couldn’t trade out. They were forced to take probably the safest player on the board.

They tried to screw this pick up by getting out of it. They’re forced into competency.

The problem isn’t that Ferrell isn’t good. It’s that he’d probably still have been there when the Raiders drafted again later in the first round, and there were better edge rushers. And that’s the problem with the Raiders these days specifically. They have all the picks they can want, but at some point, you have to nail the picks and win. This isn’t doing that.

The Bucs will be inserting him into a defense that literally hasn’t been good in 15 years.

Here’s a list of the first round draft picks made by Jags GM Dave Caldwell.

The Lions can totally screw up Hockenson, a very good football player, and we’ll be right back here 2024. But maybe Matt Patricia can use Baby Gronk the right way.

Buffalo is low-key assembling a solid defense. Adding Oliver to the front on the inside is a pretty savvy move. There is one way that the Bills could really screw this up, though. It would be to alter his pretty unique stance.

“He basically proved to [former defensive line coach A.J. Blum] and proved to himself that this is the stance he could come out of. It was compact, but at the same time extremely explosive. Short legs or not, I think that’s a tribute to his leverage.”

Even though Blum prides himself on fundamentals, he had to think outside the box here. Oliver says if NFL teams want “to make me sorry, then go ahead and fix it.”

The last time Pittsburgh traded up to get a defender in the first round, they landed Troy Polamalu. I’ll give em the benefit of the doubt here.

Williams is a really good and technically sound lineman who’ll become the left tackle for Andy Dalton’s blindside. The problem is … Dalton has struggled in the past under pressure, and actively makes things worse for his offensive line at times.

Green Bay is getting a pretty massive makeover on defense. As long as Gary stays out of Aaron Rodgers’ way, he’ll be fine.

Please don’t screw up the most fun player in this draft, Miami.

I watched the draft with two Falcons fans, who immediately got up to get beers when the pick was made. Their team has now added five guards since the offseason started.

Basically the only bad thing about Burns is his weight, and adding nearly 20 pounds since the end of his college season is a good sign.

I’m sorry, we just have to go back to this first.

In a backwards way, there isn’t much doubt in my mind that Lawrence will be fine in the long run. But my worry is because of the retrograde thinking of the Giants’ front office. A space-eating defensive tackle should be just fine.

Minnesota had to take an offensive lineman here and did. My only fear is the offensive line just doesn’t gel with a bunch of new pieces and a new offensive scheme.

This is a very good player, with a very serious crime in his past. No jokes or grades here.

The Broncos had a … pretty good first round, trading down from the 10th pick and still getting a good player? I don’t know. Better not trust it.

The Packers were an abomination on the back end last season for a few reasons. Inserting a rookie in the mix could work, or the youth could come back to bite them as they get shredded in shootouts.

About as bulletproof a pick as they could make here, considering:

Adding Dillard to an already-good line is a strong move.

Houston really needed to improve the position, and it did. This unit’s been bad in front of Deshaun Watson, and it’s held the team back. But do you trust Houston’s offensive line coaches to maximize new talent at the position?

Jacobs can do it all, and now the Raiders need a running back who can step in with Marshawn Lynch retiring. One thing John Gruden should get credit for is the way he uses running backs (remember that when you’re doing a fantasy draft in August).

The Ravens have a wide receiver! How about that?

I — they’re drafting well right now. I really don’t know what to do with this information.

Oakland coordinator Paul Guenther’s defensive scheme is hella complex. Good communication is a must. There’s gonna be a learning curve.

Yeah, give me all the Los Angeles defensive front players. Tillery, Melvin Ingram, and Joey Bosa together.

It’s the Seahawks. He plays defense. This is easy.

I am just still so stunned by what this team did earlier.

Gettleman says he fell in love with Daniel Jones at the Senior Bowl. “After the three series I watched, I saw a professional quarterback. So that’s when I was in full-blown love.” #Giants

The good news: Baker’s a pretty good corner opposite Janoris Jenkins. With Jabrill Peppers at safety, this sounds like a pretty decent corps on the back end.

Bad news: You’d love ‘em to go up against a really really wide receiver in practice every day to get better. If only New York still had such a player around.