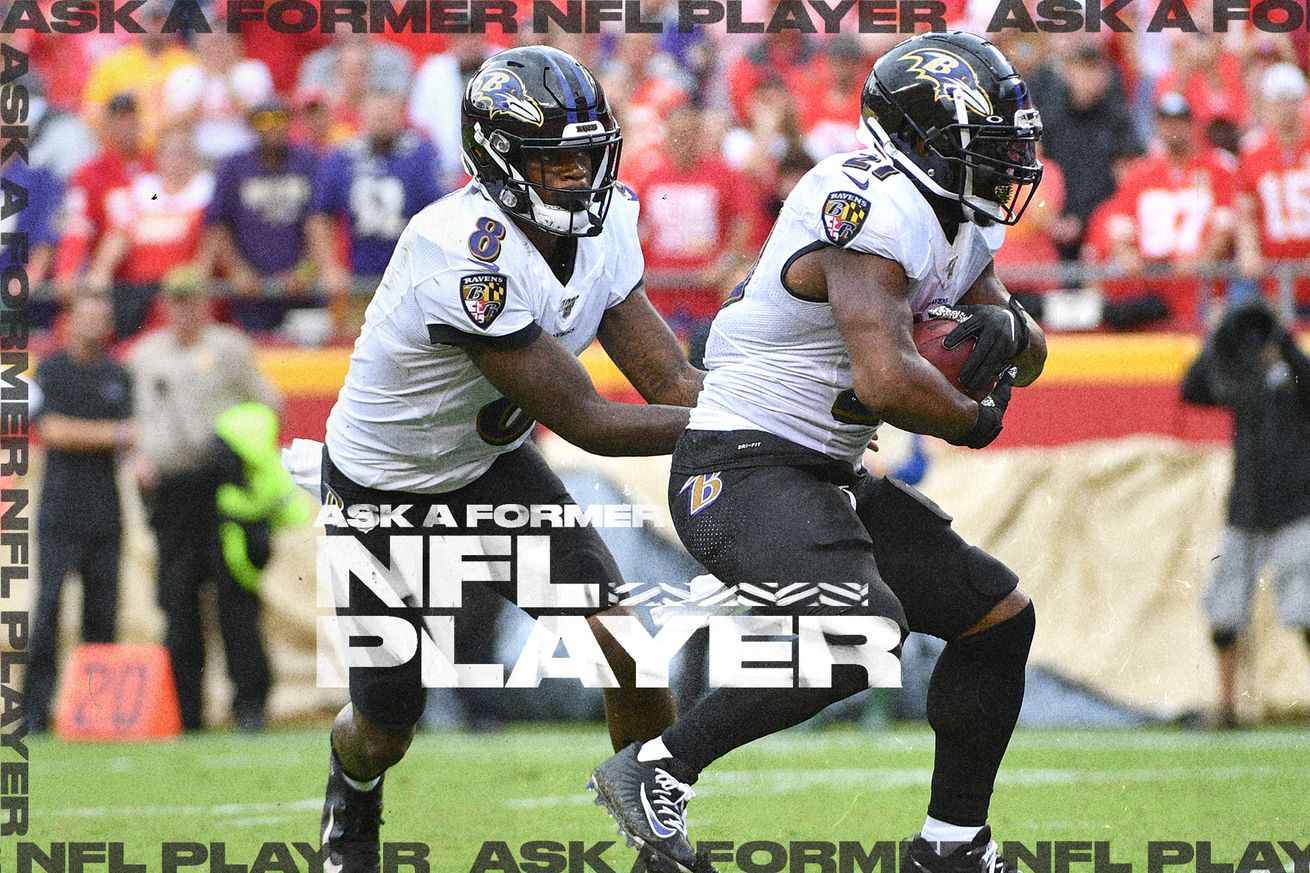 The Ravens’ offense ranks at or near the top of the NFL in most statistical categories.

This week, Geoff Schwartz looks at whether the Ravens’ model is sustainable, the Patriots’ chances of getting to the AFC title game, and if the Bears will move on from Mitchell Trubisky.

Welcome to Week 15, folks. In the final Thursday night game of the season, the Ravens made it look easy against the Jets. They clinched the AFC North and Lamar Jackson will be the NFL MVP. Lots of people, including myself, were absolutely wrong about him and this offense. They are a freight train, and it will be tough to stop them in the playoffs.

Let’s start the mailbag there. But first, a reminder to send your questions to me on Twitter or Instagram for next time.

One of the reasons I was wrong about Lamar Jackson and this style of offense was that historically, it has not worked in the NFL for more than a few years. I let that idea cloud my judgment about this season alone. I’ve clearly had to change my opinion based on what I’ve seen.

And my conclusion is simple: who cares if it lasts?

The goal of every season is winning a Super Bowl. One Super Bowl. Not multiple Super Bowls. Right now, the Ravens’ model is putting them in a commanding lead to win the upcoming Super Bowl. If they win a championship, then their model has worked.

John Harbaugh (and the front office also) deserves a large amount of praise for going all-in on this offensive system. They got multiple tight ends, which makes matching up with them tough. They got themselves a downhill running back who’s great out of the pistol in Mark Ingram. Their offensive line is big, physical, and mauls people.

To get to your question, though, it’s probably not sustainable. OC Greg Roman is most likely getting a head coaching gig after the season. Injuries, salary cap, the division improving, and so on are reasons why this might not last. But as of now, it’s working and that’s all that the Ravens care about.

Do you think the Patriots will make it to the AFC Championship Game? —@ProfTerguson

My general rule in life is to never bet against the Patriots. Never. You don’t make money and you’re going to be wrong. The Patriots have not lost a home playoff game in almost a decade, and those games were lost to teams with exceptional defenses (Ravens and Jets). Assuming the playoff standings remain as they stand now, the Chiefs would need to win their Wild Card Round game against the Steelers and then head to New England for a rematch. I’m a Chiefs fan but again, I don’t bet against the Patriots.

The Patriots just need some better play from their receiving options to win that game. The defense held the Chiefs to three second-half points in Week 14. Their offense had opportunities to score and they were hosed out of 14 points by bad officiating calls.

With all that being said, of course I wouldn’t be surprised if the Chiefs won again. The Chiefs and Patrick Mahomes aren’t scared of the Patriots and that’s important when you head to Foxborough for the playoffs.

If you’re the Bears, would you consider going after Cam Newton or try another year with Mitchell Trubisky? The Bears seem to be playing more to his strengths lately. —@RIBearsFan

Yes, the Bears are playing more to Trubisky’s strength, and he’s picked up his game lately. However, I think the Bears are going to fall into the trap of committing to a quarterback who’s got a hot streak and nothing more.

This is Trubisky’s third season as the starter. You can throw out his rookie year, but last season, the Bears made the playoffs almost in spite of him. Most people who graded his film, or anyone who watched him, didn’t think Trubisky was elite or even close to it. Pro Football Focus ranked him 29th. Football Outsiders put him 17th. The only place I can find that graded him well is ESPN, where his QBR ranked third in the NFL.

This season, the Bears are currently on the outside of the playoff picture looking in, and their lack of offense is killing them. Trubisky has played better in recent weeks, but he’s still in the bottom third of the NFL — ESPN, PFF, and Football Outsiders all agree.

Historically, we have seen that being at a below-replacement level for your first two full seasons of quarterback play has not led to much improvement for the rest of your career. Can the Bears afford to stick with Trubisky considering this defense has a shelf life? No. I bet they will, though. Teams always make this mistake. They drafted Trubisky and will attempt to fix him. So no, I don’t think they move to Cam Newton or someone else.