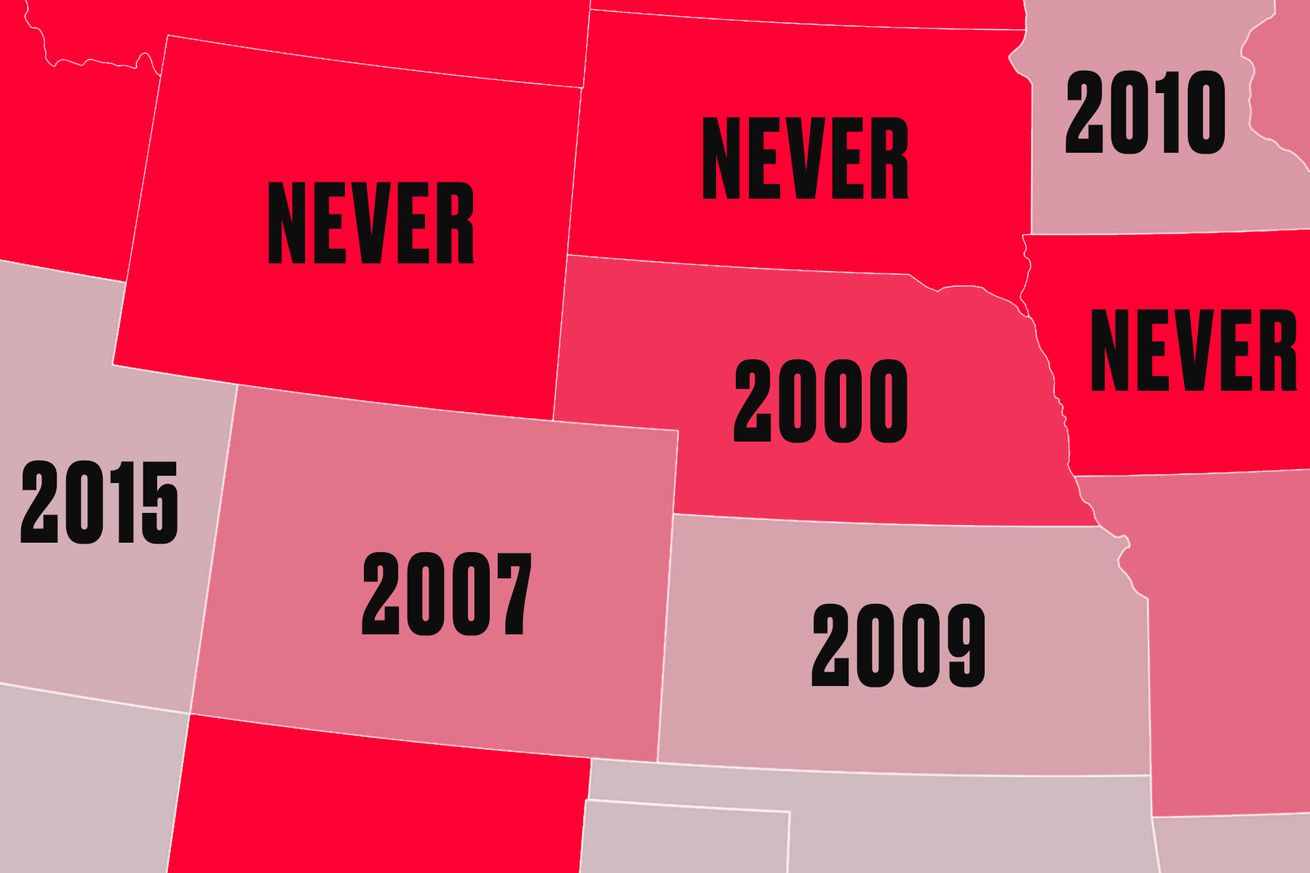 Fifteen states have every type of star rating in 2019.

Geography is more important in college football than any other American sport. Recruiting is any program’s lifeblood, each team needs dozens of new players every year, and it’s a lot easier to recruit if you’re located in a place with lots of good high school football players nearby.

Some programs have managed long-term success despite being far from the country’s talent hotbeds, but if you’re not a legacy program like, say, Oklahoma, it’s hard. And the Sooners have relatively easy access to the loaded state of Texas.

Here’s how long it’s been since all 50 states and the District of Columbia had recruits rated two, three, four, and five stars on the industry-consensus 247Sports Composite. This list runs back to 2000, the start of the Composite era.

(I need to apologize to Delaware, which had a five-star OT, Kwame Harris, right at the start of the rankings era — but twoish years before rankings started to become more accurate.)

There’s a bit of inherent bias in this exercise.

The high school football is definitely better in California than it is in Wyoming. For that reason, more talent evaluators spend time in California than Wyoming, making it easier for more middling players in that state to get noticed than their counterparts elsewhere. A stat line in California will be taken more seriously than an equivalent line in another state, because the level of competition is higher. That translates to more players getting recognition in more populous states.

For the most part, that reflects the reality that some states have a lot more talent than others. Some great players in lesser-producing states unfairly fall under the radar, but for the purposes of understanding a college team’s advantages, recruiting ratings are the simplest starting barometer.

All but seven states have had at least one blue-chip since 2017.

The ones that haven’t have also never had one: Alaska, Maine, Montana, New Hampshire, North Dakota, Vermont, and Wyoming.

has recently joined them in the top tier. That’s why so many of the sport’s blue-bloods come from those four states. It comes as no shock to anyone that the three most populous are also leaders in producing elite talent.

Florida and Texas fare pretty well even if you count up blue chips per capita, a stat that Louisiana and Georgia are tops in. That, in turn, has lots to do with the championship-caliber recruiting at LSU and UGA.