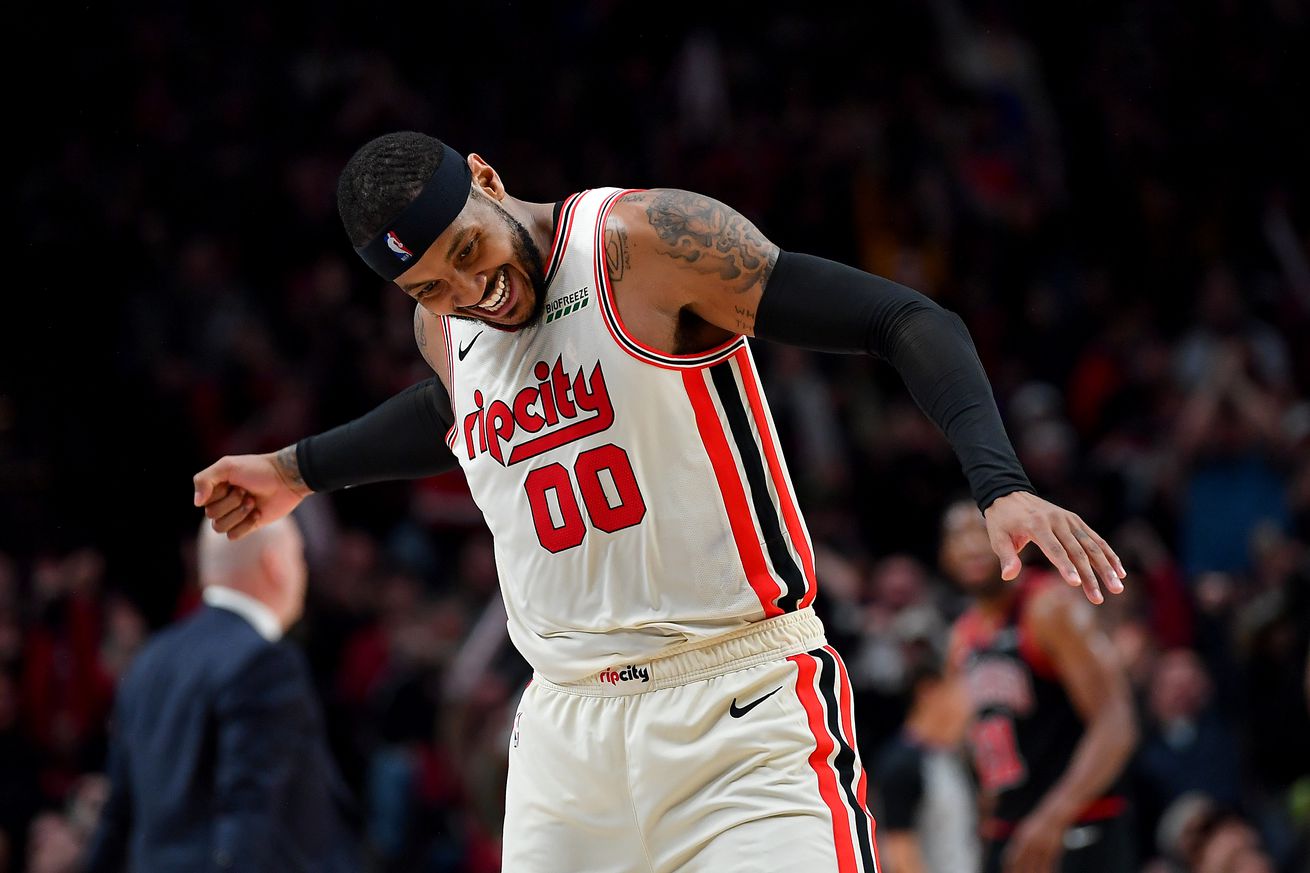 Well, people noticed the Player of the Week award this week because the league gave the Western Conference edition to Carmelo Anthony, who averaged 22 points per game as the Blazers went 3-0 in his triumphant return to the NBA. James Harden played just twice in the week but averaged 47 (including scoring 60 in three quarters). Luka Doncic averaged 30-9-9 as the Mavericks went 2-1.

And yet, if you’re actually mad that Carmelo Anthony won an award that you didn’t care about before the announcement and for which you couldn’t not name last week’s winner, the joke’s on you. Melo is the best story in basketball right now, and one that extends beyond the sport. This is a well-loved legend who was cast aside by basketball’s long-range revolution (and some of his own stubbornness, to be sure). He never gave up hope that he’d be back. And he stayed in such good shape and committed himself so much to the project that he got signed and immediately performed well enough to earn a Player of the Week honor.

A Player of the Week award would be meaningless to Harden or Luka. It’s validation of continued relevance for Melo. I’m glad Adam Silver awarded it to him in between signing expense reports and timesheets.

I wrote about how the Raptors are doing this (this being having the third best record and second best net rating in the league). The lead art includes a photo that is perhaps the best use of photography ever? No shots at Ansel Adams or Alfred Stieglitz.

Matt Ellentuck on James Harden and his destruction of normalcy.

This is so petty and so incredible.

This piece on the false promise of morning routines piqued my interest. I will say that even reliable morning routines are perhaps more suspectible than other routines to complete annihilation by the slightest disruption. You know how hard it is to troubleshoot your router at 3 a.m. when the wi-fi is down?

Trae Young on the cover of SLAM.

John Schuhmann writes that the Lakers and Sixers are due for tough December slates. Good thing one of those teams got fed on a breezy November schedule.