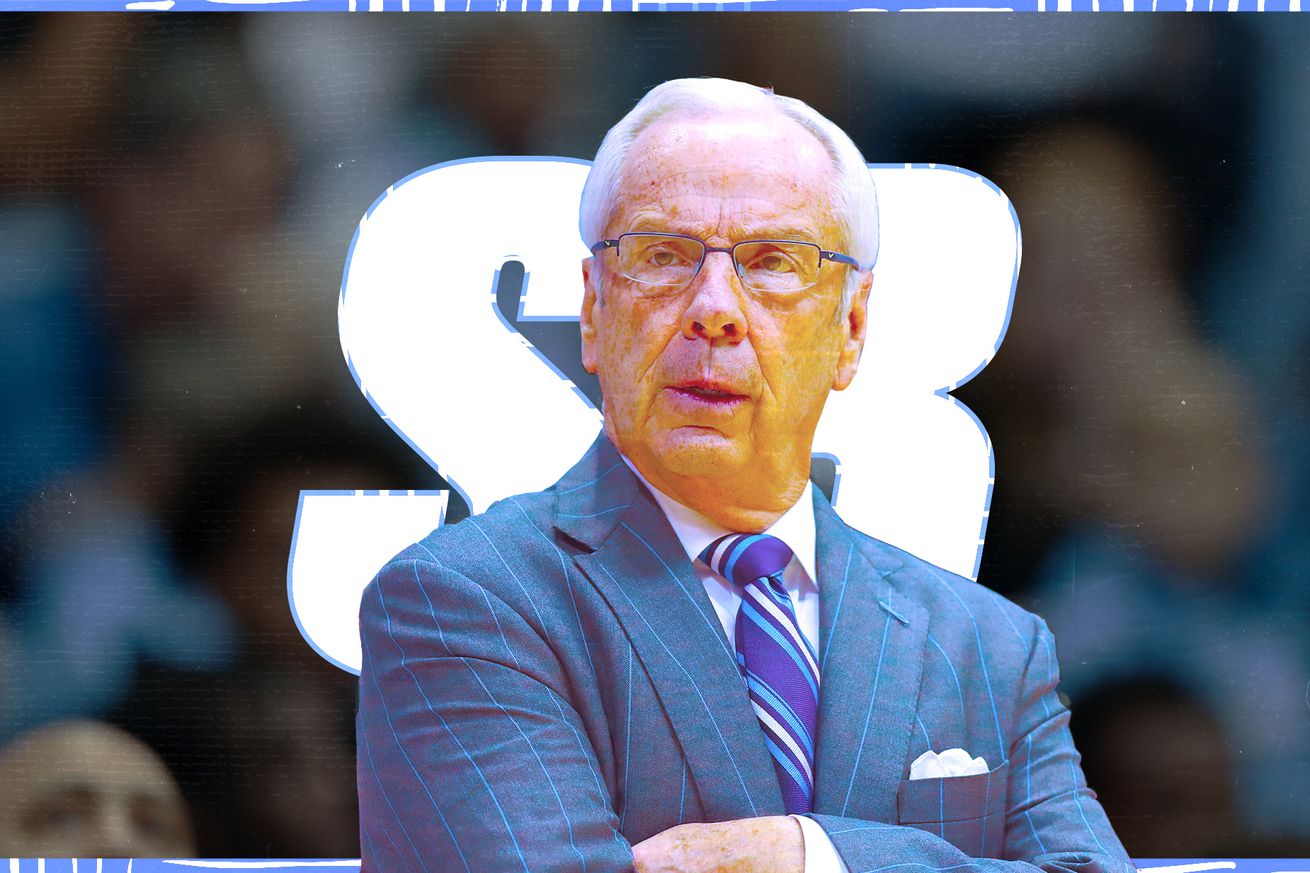 Roy Williams and North Carolina have struggled immensely in the 2019-2020 season.

UNC is likely to miss the NCAA tournament. Roy Williams said he should to be fired. Here’s how we got here.

It all seemed so good on opening night. North Carolina began its season ranked in the top-10 of the preseason polls and welcoming Cole Anthony, one of the greatest recruits in the program’s recent history. Anthony went supernova in his debut, a rare conference showdown against Notre Dame, torching the nets for 34 points in a decisive UNC win while hinting at the promise that was supposed to make him a top-five overall NBA draft pick.

There was no reason to panic as North Carolina came back from the Bahamas after Thanksgiving, either. The Tar Heels held their own in the prestigious Battle 4 Atlantis, knocking off Alabama to begin the tournament, falling to eventual champion Michigan the next day, and defeating a talented Oregon team the day after that. At 6-1, the Heels looked fine if not exactly excellent, which felt par for the course in what was shaping up to be a wide open college hoops landscape.

Since then, everything has not been fine. The Tar Heels have gone 2-7 over their last nine games, which includes a loss to Wofford and four straight defeats in ACC play. Anthony has missed the last seven games with a torn meniscus. After UNC lost to Clemson at home on Saturday for the first time since 1926 (yes, you read that correctly), Roy Williams called it the lowest point of his coaching career and suggested he should be fired, taking the blame for not ordering a late-game foul before a Tigers three-pointer sent the game to overtime. Things are starting to get morbid.

“Told them if I die tomorrow or 20 years from now, that’ll be the biggest regret I had in 32 years as a coach,” Williams said. “Cause these kids really need a win. And their coach let them down today.”

North Carolina now sits at 8-8, ranked No. 85 on KenPom, which would make them the fourth best team in the Southern Conference. The all important NET ratings have UNC at No. 115 overall, miles behind where they need to be to get an at-large bid to the NCAA tournament. It is no surprise Carolina is nowhere to be found in our latest bracket projection.

Cameron Johnson, a starting forward for two years, who graduated and then became a lottery pick to the Phoenix Suns.

In total, UNC lost four starters and its sixth man. The blue bloods of college basketball are supposed to be able to recoup losses like that, but North Carolina isn’t exactly like their contemporaries in one important regard.

North Carolina has always been something of an oddity among college basketball’s elite class: it’s a program that tends to win with experience rather than raw talent.

North Carolina didn’t have a one-and-done between Brandan Wright in 2008 and Tony Bradley in 2017. That started to change last season, when UNC landed an obvious one-and-done in Nassir Little and a less obvious one in Coby White. Anthony will be UNC’s third one-and-done in two seasons after this year is over.

The problem for North Carolina this season isn’t so much the one-and-done players they have recruited. It’s everyone else. As UNC targeted recruits who looked like they would stay four years in college from 2016-2019, they fell into too many players who couldn’t contribute at the level the program has come to expect.

The senior class only has Brandon Robinson left, a dependable wing but not a star. The other two members of that class — Bradley (a one-and-done with the Utah Jazz) and guard Seventh Woods (transferred to South Carolina) — are long gone. Look at the 2017 class:

Aside from Brooks, who has been excellent, UNC has gotten nothing from the would-be junior class. The sophomore class only has forward Leaky Black left after the departures of White and Little, and he’s only averaging 5.4 points per game. Three of the four freshmen have missed significant time with injuries, with Armando Bacot acting as one of the team’s few dependable contributors.

UNC has tried to bridge the gap with grad transfers, but both Christian Keeling and Justin Pierce have struggled immensely going from low-major competition to the big, bad ACC.

North Carolina’s struggles this season ties back directly to their recruiting struggles in 2016 and 2017. Black hasn’t been able to carry the 2018 class after White became a one-and-done, which Williams likely didn’t anticipate when he was recruiting him. Williams is getting better on the recruiting trail, but even one or two down years can set a program back.

The injuries are taking a toll

North Carolina looked bad in consecutive losses to Ohio State and Virginia even before Anthony excited the lineup for knee surgery. Since then, UNC has been completely anemic on both ends of the floor. Anthony was always supposed to be the savior for this year’s team, and without him, it feels like they barely even have a fighting chance.

Anthony was productive (19.1 points per game) but erratic (36.8-percent shooting from the field) before the injury. While he wasn’t the instant impact freshman superstar many expected, he was pretty much the most talented player on the floor in every game UNC played. That gave them a shot. Carolina’s chance at redemption this season rests solely on his return.

The knee injury to fellow freshman guard Jeremiah Francis has also been a bummer. Francis scored in double-figures three straight games before getting hurt. Freshman guard Anthony Harris also tore his ACL against Yale at the end of December. Add in Leaky Black fighting off an ankle injury and the injuries in the front court, and it starts to add up quickly.

North Carolina currently has the No. 88 offense and No. 89 defense in the country. There is nothing this team does particularly well outside of rebounding. There are a lot of things they don’t do well at all:

Can it get better for North Carolina this season?

It all depends on Anthony’s return from his knee injury. Anthony commented “I will be back soon” on the Instagram page of a fan account recently. There was some speculation he could sit out the entire season before entering the NBA draft.

Even if Anthony comes back at 100 percent of his powers, it’s hard to imagine UNC running through a difficult ACC slate to get back in the NCAA tournament picture. The better news is that the 2020 recruiting class looks like one of the country’s best, with five top-55 recruits already committed, and five-star wing Zaire Williams on their radar.

North Carolina will return to their throne near the top of the college basketball landscape soon enough, but it likely isn’t happening this season. For so many different reasons, this is starting to feel like a lost year for the Tar Heels.