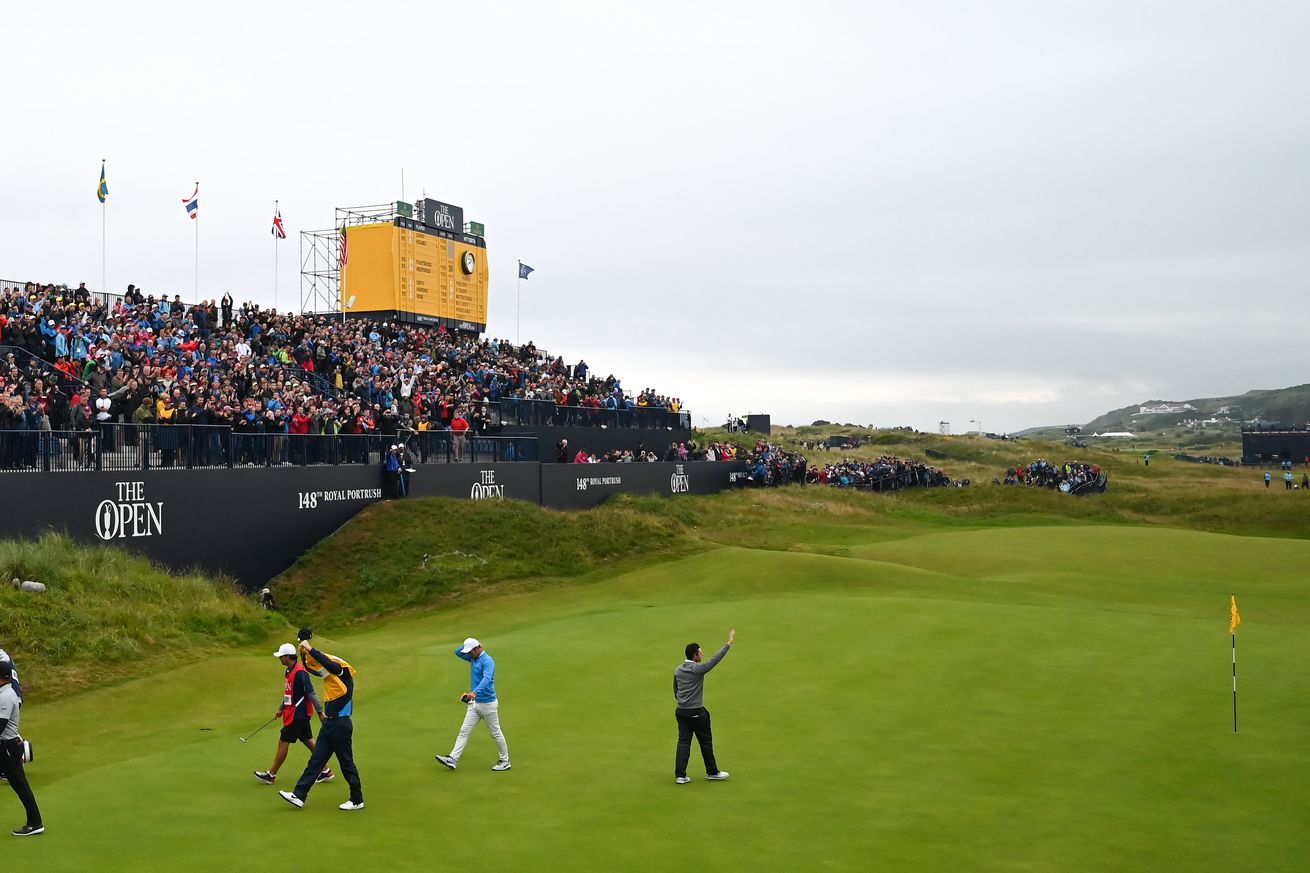 Rory McIlroy’s failure to make the cut in his home country and his tearful interviews after became a vehicle for universal celebration of the former Open champ.

1. The first thing I thought of when Rory McIlroy finished his post-round interview were the Pringles. McIlroy has been an open vein of intelligence, forthrightness, and genuine vulnerability for the last decade, but I could never recall him tearing up and getting emotional. He’s laid bare insecurities, mistakes, joys, passions, and regrets. He’s talked his s**t and put people in their place. He’s at least always trying to tell you as best he can how he’s feeling or what he’s thinking, and doing so in a genuine and interesting way that’s such a departure from either the dull or irritable competitive automatons that populate pro golf.

2. It’s a windfall that the best golfer, or one of the best now, also just so happens to be the most interesting to talk to and listen to. But despite a decade of this openness and vulnerability, I could never remember seeing real tears, only hearing about them and the Pringles.

3. The Pringles can is a story Rory volunteered himself, illustrative of all that forthrightness I waxed treacly about above. It came from an interview at the start of 2017, when Rory was just two years into this five-year major-less drought, with Irish writer Paul Kimmage. Rory goes into the emotional struggle of his first year as a pro, being away from home, and sets the saddest damn scene. There was no reason he had to share it, but these disclosures, and the entire lengthy interview, are why he’s attracted such a backing apart from the great golf shots.

I’ve always been a bit of a home bird and found it difficult to adjust. I played OK in Abu Dhabi and Qatar but missed the cut in Dubai, and then I went out to Malaysia and missed the cut there. The next week we were in Korea – another missed cut – and I remember getting back (to the hotel) on the Friday evening. I had never been to a country that felt so alien to me. I felt so far away from home and remember sitting at the end of the bed with a box of Pringles from the minibar and crying.

4. There is a through line in the tears from the Pringles story provoked by missing home in his first year out on in the world as a pro and the tears on Friday coming from the weight of being home, the hurt of failing at home, and gratitude of the support of home, which had not hosted an Open in 68 years.

He makes his home in Florida now but this is where he’s from and the people outside the ropes in the final hours of his Open were a powerful reminder to him of all that comes with that.

Somehow this one is even better. pic.twitter.com/EWCTTEnmRv

5. The tearful interviews, combined with the scenes of the crowd, turned the push to make a simple cut into this legend moment in his career. Somehow, his failure at the British Open became an emblem in the “why we love Rory” collage and the Portrush finish is now a section in whoever gives the speech introducing him for the Hall of Fame someday.

6. The lionizing from outside voices slathering these cool moments with the words “class” and “grit” and “heart” turned nauseating as the round came to an end. He was playing good golf, the kind commensurate with his talent. There is, however, an admirable quality in not just half-heartedly playing it in to the private jet to go home when you’re miles on the wrong side of the cut line. There are many players, and maybe sometimes Rory is one of them, that would have done that on Friday. Rory successfully blitzed his way through the cut line from a similar hole at the PGA Championship and that had to resonate with him late in the day as well.

7. It’s also true, however, that some greatly improved golf can come when it’s relatively consequence-free. Rory has not won a major in five full years and Brandel Chamblee deftly outlined this tendency to play worse when the expectations higher, the eyeballs on him greater, and moments more pressurized during that span. Holding the club for the first tee shot on Thursday that sailed out of bounds had far more weight to it than the free and loose swing in the middle of a second round presumed inconsequential. Chamblee used the word “choking” and I swear it came off in the least Baylessian and most considered way I’ve ever heard it used.

8. It is also true that, while Rory played great golf and put on an absolute show on Friday, he did not play flawless golf. There were multiple poor shots down the stretch, including from 135 yards at the 18th, when the round and moment had taken on more consequence. It may be an exhibit for Chamblee’s argument above or simply the random moment when the mediocre shot that comes in every round came in this one.

9. I would have wanted to watch Rory play this championship for two more days in front of these crowds. But I think him actually missing the cut, the interviews that followed, and that scene at the 18th when the crowd knew it was over made this unforgettable in a way that two more rounds probably would not have.

10. There is no player (non-Tiger division) more fun to watch and write about when he’s cooking than Rory McIlroy. We got sprinklings of it on the back nine on Friday and that’s what turned a sleepy afternoon wave into a memorable Friday finish. Rory’s is a different kind of heater and a different kind of strut and just a better experience than any of his peers at the top of the world rankings can offer. In this instance, Rory made a shortcoming more compelling than I can recall anyone making a similar failure.

11. The Rory adoration comes at an increased level not just from the fans and assembled press, but also his peers. You don’t see this all that often when a player misses a cut. The below players aren’t prone to giving out thoughtless and empty praise!

Even as a competitor and trying to beat the guy every week, sometimes I have to step back and realize how great @McIlroyRory is for golf. How he handles the spotlight, the highs, the lows, his social life, the fans, his golf, everything.. it’s awesome to watch

In golf, it’s hard to inspire on a Friday. You’re the man, @McIlroyRory

There were even fellow competitors among the many bar scenes tweeted out in town that looked like a community coming together to watch a World Cup game.

The Anchor Bar in Portstewart watching the end to today’s @TheOpen
I’m guessing @McIlroyRory is the fan favorite?!?!
So great
Love this place pic.twitter.com/Zyy5aWELT2

12. Rory is a great player, great interview, and captivating star. He was always going to be the centerpiece of this Open’s return to Northern Ireland after nearly 70 years. But once the scores started to actually count, few could have computed for him becoming the headliner in this way at the end of a missed cut. The scores, from the shaky start to the late cut-line push, were foreseeable if you’d watched Rory play the majors recently and understood the weight of this specific Open at this venue. But it’s how this all happened, from the frenzied crowds and coverage in the final hour to the interviews afterwards, that felt so unique and unexpected. The crowds, TV coverage, media, and competitive players all felt totally unified and fully invested in wanting him to make the cut. Then the shortcoming of not doing it somehow made that universal admiration stronger. I can’t recall a short two-day MC at a major — from the opening quadruple bogey 8 to his final sign off Friday afternoon — ever grabbing this much attention and being celebrated in the way that it was at the end.