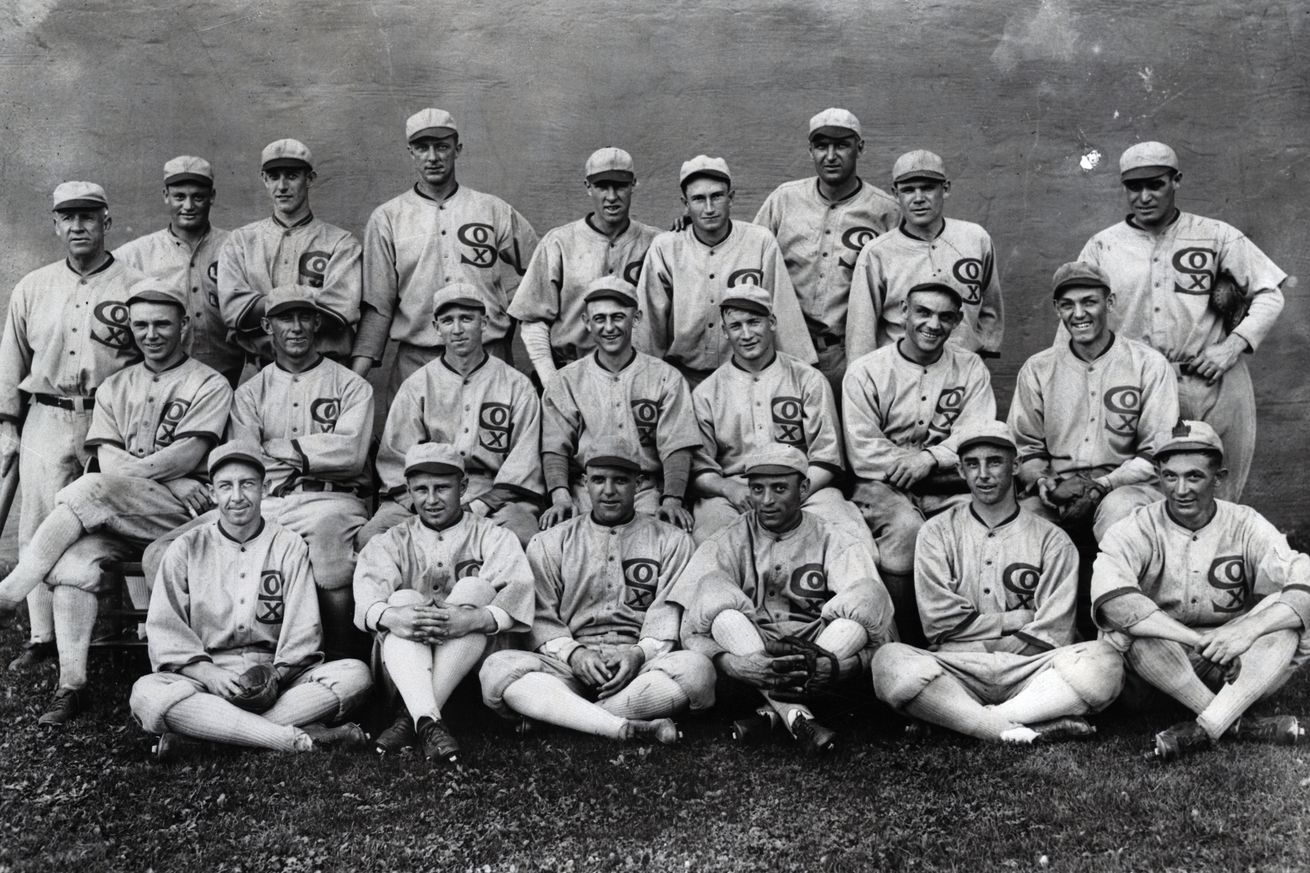 In 1919 the Chicago White Sox conspired to throw the World Series in return for cold hard cash. But they got caught. Instead of being rich World Series runner ups, they were maligned, hated, kicked out and dubbed the Black Sox. Which I think is a real shame. If you don’t agree, consider this: the Sox were both super underpaid and subject to a reverse clause which basically meant that they had to accept their bad contract or get out. In those circumstances, cheating was a way to even up the … sorta … fine, maybe I’m trying to justify cheating because it’s fun to get away with stuff. But either way, with better planning and foresight, the Chicago White Sox could have gotten away with throwing the World Series. Here’s how:

Star Sox pitcher Red Faber actually missed the World Series because he got the flu. Now, if everyone had just hung out with Red a bit and contracted the flu, they’d be in the clear! Just go play baseball all sick, and as long as nobody pulls a Michael Jordan, you’re losing the World Series with a bona fide excuse that basically isn’t cheating!

Now I suppose the White Sox might not jump at this idea cuz like… the flu can be serious and deadly etc etc. If they wanted to throw the World Series more safely, they could have thrown it in a way no one would ever expect.

The White Sox could simply bet they’d win the World Series. Okay, technically this is reverse-throwing the World Series, but it’s still gambling so hear me out. They were the favorites, so it wouldn’t be that hard to accomplish. And best of all, it would be impossible to get caught! Nobody would be like “Wow, they’re playing really hard. Something’s fishy!” If anyone did say that, they’d be considered a monster. Ever heard of the spirit of competition, you monster?

There is a negative side of this plan, the payout would be kinda measly since the Sox were slated to win. The whole low risk, low reward thing.

So far all these ideas are all about not getting caught. But, the truth is, even though the White Sox got caught, they did manage to “get away with it” legally speaking— they were found not guilty after some evidence mysteriously disappeared. However, the MLB was so pissed with how this scandal tarnished their wholesome, squeaky-clean image, they banned the players for life. A bummer! Especially because that consequence could have been avoided with a little PR spin. Some ideas:

Flood the market with poems about baseball

Okay, I know this one sounds weird, but I’m pretty sure poems were fairly popular in the old days. Poems were like their memes. Before anybody knew anything fishy was going on during the 1919 World Series, the Philadelphia Bulletin published the following poem:

Still, it really doesn’t matter,
After all, who wins the flag.
Good clean sport is what we’re after,
And we aim to make our brag
To each near or distant nation
Whereon shines the sporting sun
That of all our games gymnastic
Base ball is the cleanest one!

Okay, couple of observations about this poem. Fans in 1919 were very lame. “It doesn’t really matter who wins the flag because baseball is such a clean sport, hooray!”? That’s embarrassing. But, after they were caught cheating, this poem was certainly something everyone could point to and say “See! See what the White Sox did to our beautiful game!” Popular sportswriter Ring Lardner even wrote a parody, which I hesitate to call a parody because it has no humor.

I’m forever blowing ballgames,
Pretty ballgames in the air,
I come from Chi, I hardly try,
Just go to bat and fade and die.

Alright Lardner, nobody died. I know it’s a poem but take the pathos down a notch.

When there are only two poems about baseball in the paper, yeah — everybody’s gonna read ‘em. It’s 1919, what else are people gonna read, their own obituaries? But if there’s like 20 poems? 30 poems? They’re gonna get old real quick. Plus, the Sox could influence public opinion with their own poems. For Example:

Or take this one for a spin:

Be nicer to “Sleepy” Bill Burns

“Sleepy” Bill Burns went along with the cheating, then turned state’s witness and testified against his teammates. But maybe if the rest of the guys had been a little nicer to Sleepy, he wouldn’t have. Like, why not give him a nicer nickname? Something like “Handsome” Bill Burns. Maybe something more direct like “Loyal” Bill Burns or even “Our Best Pal Who We’d Never Betray” Bill Burns. It’s a long one, sure, but it might pay off. A united front is a good look. Plus, you’d keep the sordid details out of the press.

You might think it’s bad PR to have a bunch of security guards keeping the public away from the players, but consider what happened when fans were able to not only speak to them, but touch them. You’ve probably heard this story because it’s so memorable:

According to The Chicago Herald and Examiner, a little boy tagged along after shoeless Joe Jackson’s grand jury testimony, tugged at Jackson’s sleeve and said “Say it ain’t so, Joe?”

The rhyming anecdote heard round the world.

But if Shoeless Joe had security, the little kid would have just been brushed to the side. Maybe that’s not the best look for the White Sox, depending on how hard security brushed him, but like, at least the interaction wouldn’t have been the perfect analogy for the White Sox ruining baseball’s innocence

Now it ends up that the Chicago Herald and Examiner reporter invented that whole story. But that wasn’t revealed until years later — after the damage was done. If the White Sox had hired security? Everyone would know that reporter was a liar right away. And maybe it would blunt the White Sox betrayal a bit if someone else in this story was a bad guy too. Maybe the 1919 populace would start to realize they’re a liiiiiiittle too naive all around?

The Black Sox Scandal didn’t have to be a scandal at all. If only I had been there to advise the team in 1919— oh wait no I can’t live without modern comforts like Netflix and food delivery and good couches and like those pre-written email responses gmail has now.