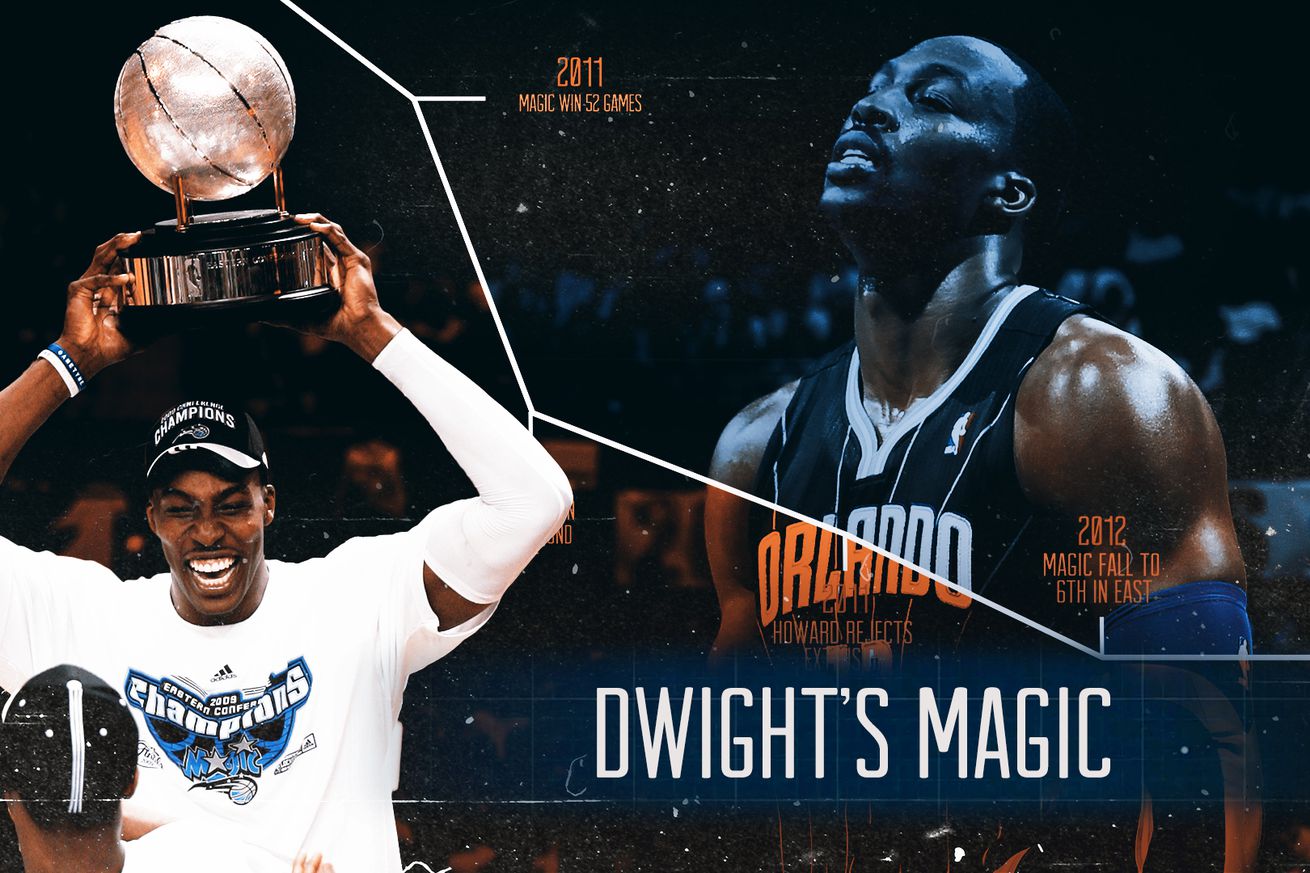 Here’s the collapse that ended Dwight Howard’s first crack at winning a championship.

Dwight Howard’s 2020 championship ring with the Los Angeles Lakers must have been a relief, because back when Dwight was the Orlando Magic’s superstar center, he watched a shot at a title crumble around him.

The 2009 Eastern Conference champion Magic were a bit lucky, and a bit of a surprise contender, but they clearly had something cooking. Stan Van Gundy’s system surrounded Dwight with a record-setting bunch of shooters, and there was a clear path forward to keep that team intact. Instead, GM Otis Smith tinkered with his roster. When that team failed to match the prior season’s success, the tinkering continued, and things only got worse. Howard got restless, the Magic overreacted with some all-out moves, and before you knew it, the kings of the East hit rock bottom.

This is the story of a team underrated for its revolutionary greatness, and how they lost their identity and their superstar just 4 years after a Finals appearance. This is the collapse that ended the first chapter of Dwight Howard’s fascinating career.