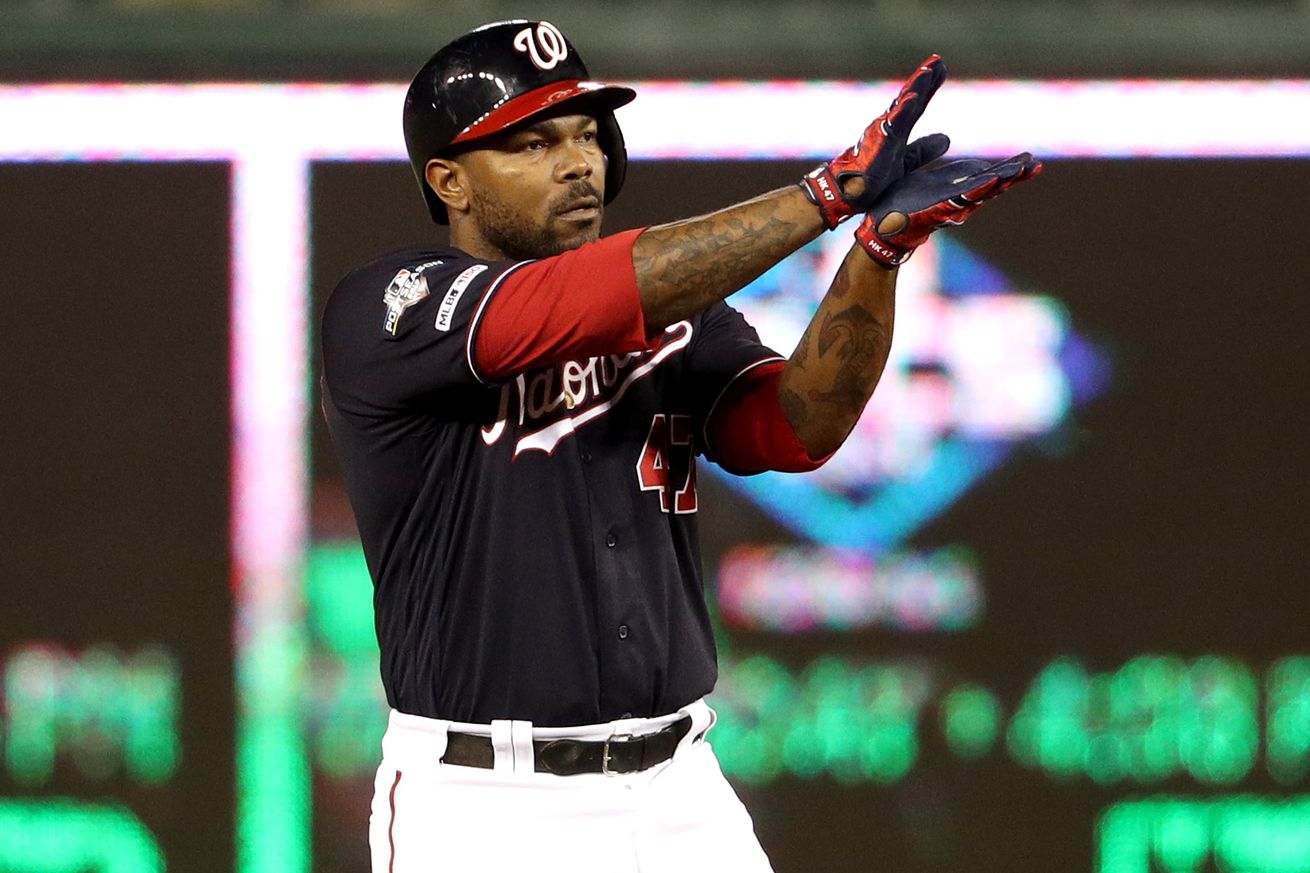 The Washington Nationals are one win away from advancing to the World Series for the first time in franchise history. There’s an excellent argument for why their starting rotation is the biggest reason for that, but as we saw in the first two games of the series, good pitching doesn’t win baseball games all on its own.

Miles Mikolas and Adam Wainright both pitched quite well for the Cardinals in Games 1 and 2, with Mikolas allowing just one earned run and Wainright allowing three (because he was, arguably, left in the game an inning/batter too long). The problem is that, after their blowout Game 5 to take the division series, the Cardinals couldn’t put together a run if it came with step-by-step video instructions.

In the first game, they were 0-for-3 with runners in scoring position, leaving four on. This was, in part, due to the fact they only managed one hit in the entire game. They fared roughly the same in the next two games, despite scoring the only two runs of the series (just don’t look at the pitching in that one).

It’s not news to say timely hitting wins baseball games. And the Nationals have capitalized on more of their opportunities. Which leads me to believe that, despite the impressive arms in their rotation, it should be an offensive player who gets the NLCS MVP honor.

I think no one has a better case than Howie Kendrick.

Kendrick is 5-for-12 with only three strike outs, a walk, three runs, and four RBI. He’s reached base in almost half of his plate appearances, and he’s either scored or knocked in seven of the team’s 13 runs in the series. Basically, he’s hot, and at the best possible time.

And while his continued postseason success may make some scratch their heads, it’s not actually all that surprising if you look at his 2019 numbers on the whole. In a lot of ways, he is having a career year. In his 16th season. At age 35. As if you needed another reason to root for the Nationals.

That isn’t even including his heroics in the first round. Obviously the division series doesn’t have an MVP, but if it did, Kendrick would be in the MVP Hall of Fame for his grand slam in the top of the 10th inning of the deciding game. He didn’t single-handedly send the team to the championship series, but he did end the Dodgers’ season with one swing of his bat. Which, in my opinion as a Giants fan, qualifies him for National League MVP, but there’s a good reason why they don’t let me make the rules.

So, for all of his contributions over the last three games, and in gratitude for the game before that, I think if the Nationals end up winning the series, the MVP has to go to Kendrick. Which is not a sentence I would have expected to be writing in the year 2019, but it is exactly why I love baseball.