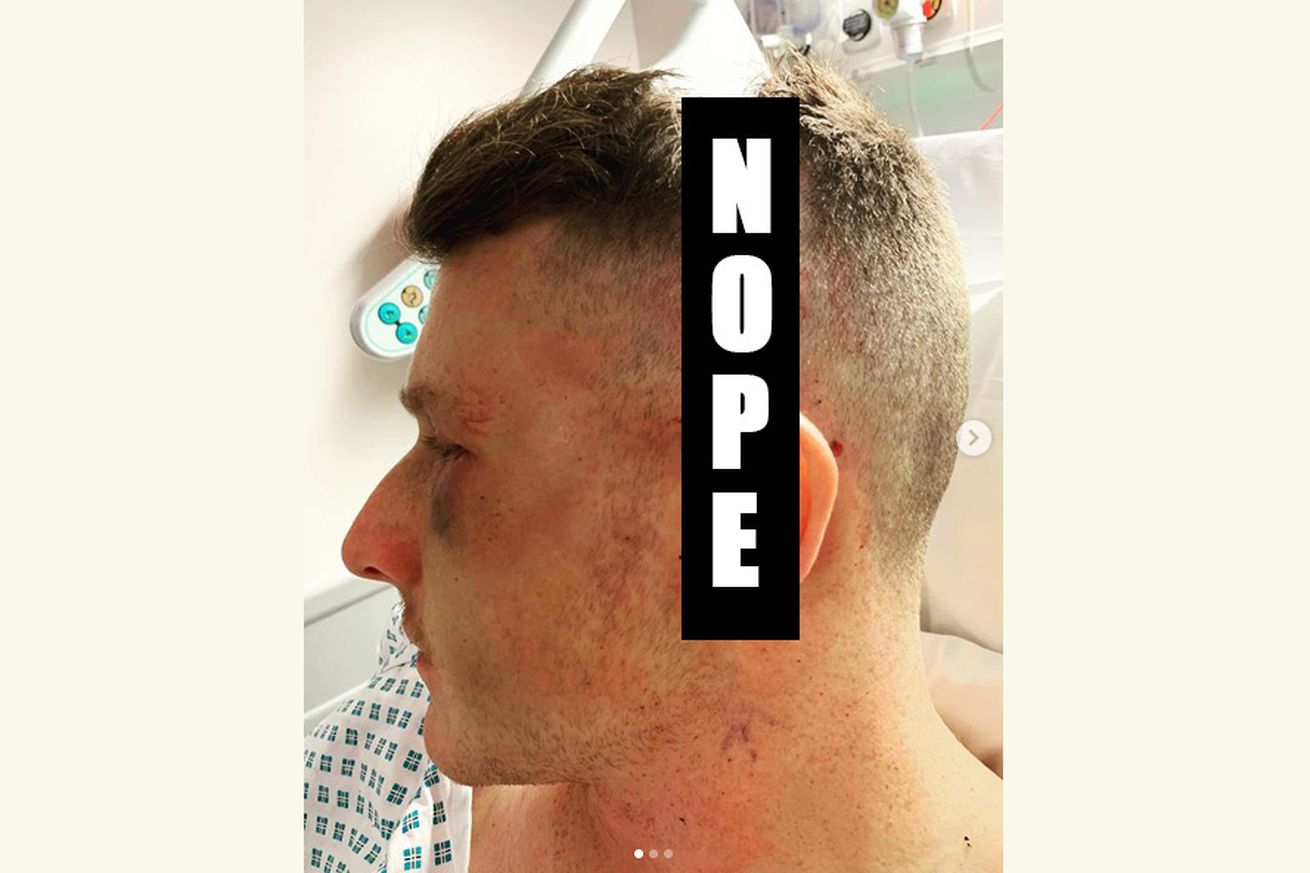 Do not click this if you have a weak stomach.

British field hockey player Sam Ward was preparing for the 2020 Olympics during a tournament in Malaysia when he was struck in the head by a ball and sustained an injury so gruesome most of the SB Nation.com staff are grossed out by it. Consider that your warning.

New cheek – completed it ✅ Could not thank Royal London hospital and how good our NHS service is. Now just to wait for the return of my vision. @gbhockey @nottssport @grayshockey @ogs_hockey #surgery #tbt #instadaily

Ward suffered what he’s calling “six or seven fractures” to his skull after a ball struck him in the head at a high rate of speed during a game. He collapsed to the field and received immediate medical attention, before flying back to the U.K. to undergo surgery and rehabilitation.

New Me Vs Old Me Couldn’t thank @nhsbartshealth enough for everything over the last month. They’ve been incredible. #instadaily #love #photooftheday

It took 31 staples as well as maxillofacial surgery to repair the injuries. In the x-ray the white dots indicate where bones have been fused back together. Ward is still rehabilitating and explained on Instagram that he still doesn’t have sight in his left eye, however doctors are hopeful this will return by Christmas, at which point he’s hopeful he can return to the pitch.

Initial reports in England characterized the injury as “career threatening,” something Ward has adamantly denied. It’s his plan to recover and resume training in preparation for the 2020 Olympic games in Tokyo.

If you’re wondering how a field hockey injury could be so bad consider the fact that the ball itself weighs 5.75 ounces, and a safe estimate for an average shot speed is 70 miles per hour. All this, colliding with a human head that’s not wearing a helmet. To be fair, this kind of injury is definitely a freak occurrence that doesn’t happen often — and judging from Ward’s injury we’re so, so glad it isn’t.