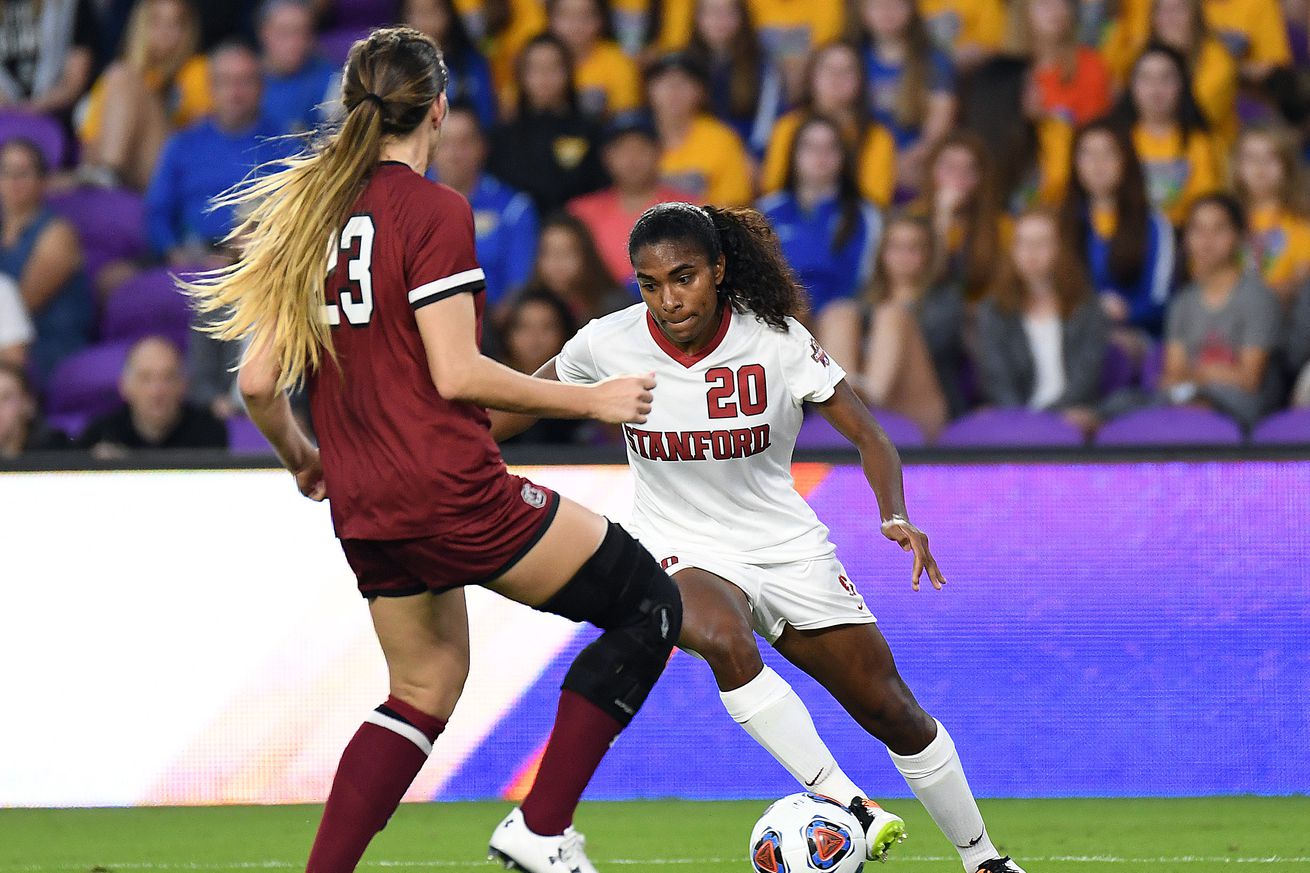 The USWNT’s biggest prospect won’t be allowed to suit up for the team until 2021, but she’s wrecking college soccer right now.

Hello, I would like to talk to you about Brazilian-American striker Catarina Macario, who plays for Stanford. She did this on Friday night.

WATCH | @catarinamacario’s 2nd goal of the night proved to be the difference after a lovely feed from @madog_9.

Dang, that is very obviously a pro-quality move. This is a player who has no business playing college soccer right now. In a just world, where NWSL rookies made a living wage, 20-year-old Macario would already be playing in the pros, testing herself against the best and improving her game.

That’s my reaction to the above goal, but it was the second-best one she scored on Friday night. Here’s the other one.

Here’s the Macario goal I was talking about. Put her in the USWNT starting lineup the day she gets her FIFA clearance. pic.twitter.com/sfmaPngCWv

I’m fairly certain I have never seen a player do that in any kind of modern setting. There are grainy videos on YouTube of Garrincha and Alfredo di Stefano doing it to unathletic guys who are six beers deep, but that’s it. Macario is surrounded by five defenders, does four turns away from them while completely surrounded, never loses control of the ball, somehow finds enough space to get a shot off, and actually scores from it. She’s already got the goal of the season in week 1.

This is a natural continuation from last season for Macario, who won the MAC Hermann Trophy as college soccer’s player of the year, as a sophomore. She suited up for the United States Under-23s in the offseason, scoring against the NWSL’s Portland Thorns in a friendly. Despite being, as you can see, regularly quintuple-teamed, Macario has 39 goals in 45 NCAA appearances. She’s ready for pro soccer and the USWNT right now.

Unfortunately, she can’t play for the USWNT yet. She was born in Brazil, and won’t be eligible for citizenship until 2020. Under FIFA’s rules, she will have to wait until she’s 23 to suit up for the Americans, even after gaining citizenship. FIFA’s rules state that a player wishing to acquire a new nationality for international soccer purposes needs to have “lived continuously for at least five years after reaching the age of 18 on the territory of the relevant association.”

So far, Macario has resisted offers from Brazil to play for its senior team, making it clear that her dream is to play for the United States and follow in the footsteps of her idol, Mia Hamm. New Brazil manager Pia Sundhage is likely to make another call, and U.S. Soccer will have to reassure Macario that she is very much part of its future plans. Six of the seven forwards in the current USWNT are 30 or older, so losing Macario to Brazil could be potentially devestating.

All indications that we have at the moment are that Macario is committed to the United States, and that U.S. Soccer is committed to doing everything it can to help her. It’s probably going to be hard for fans to watch her until October of 2021, but I encourage you to seek out some Stanford games if you have time, and see the future face of the USWNT for yourself.