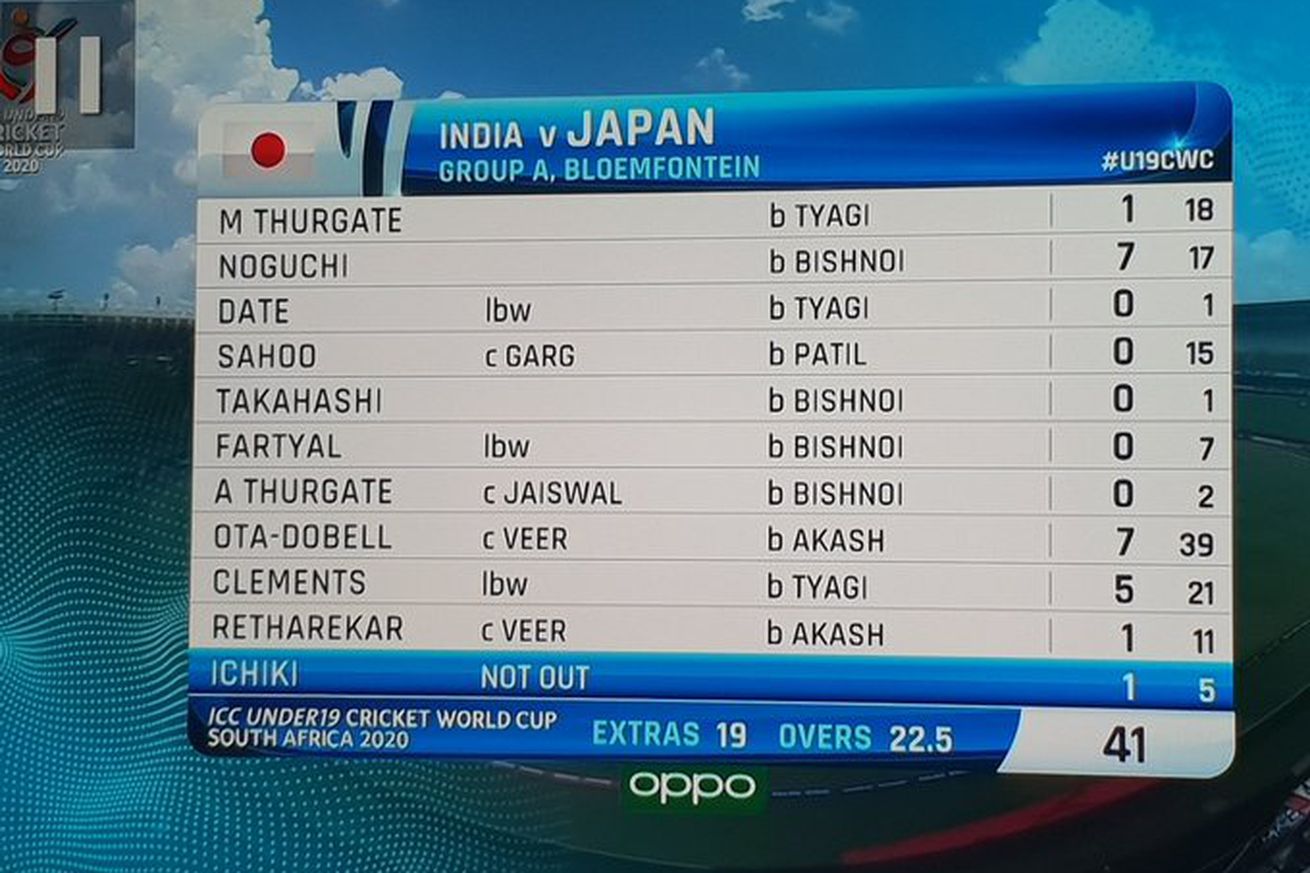 Nobody was prepared for this.

India has one of the proudest cricketing traditions in the world. Japan, not so much. So when the teams met in the Under-19 World Cup, there wasn’t much hope for an upset, but nobody expected anything quite like this.

The Japanese middle order will be disappointed with themselves but the captain will be happy that the tail wagged to make this game conpetitive pic.twitter.com/MZwGprpzEF

Japan were all out for 41. India handed them more runs in extras (19) than anyone in the batting order came close to. The highest scorer was seven, and five players were out for a duck, which is a score of zero.

If that previous paragraph read like a foreign language, I’m here to help. This match was in the One Day International format, which gives teams 50 overs of six balls each to score as many runs as possible, at which point their opponents take over and try to chase their total. A score of over 200 is common, and statistics have shown most teams need to total over 280 to secure a win. It goes without saying that 41 is much, much less than that.

Japan were all out after 22.5 overs. They didn’t even make it halfway through their innings before their day was over. This gave India a chance to take the field needing to score just 0.84 runs-per-over to win, and once again — first-class teams normally score five or six per over.

This would be the equivalent of calling the mercy rule in a baseball game after a single inning. A collapse so monumental and profound that it bordered on historic. Only three matches in the recorded history of the sport have ended with a team scoring less than 41 runs.

In case you’re curious how long it took India to score 42 and win the game: 4.5 overs. That’s 29 balls — total. This was a sporting bloodbath the likes of which we rarely ever see.