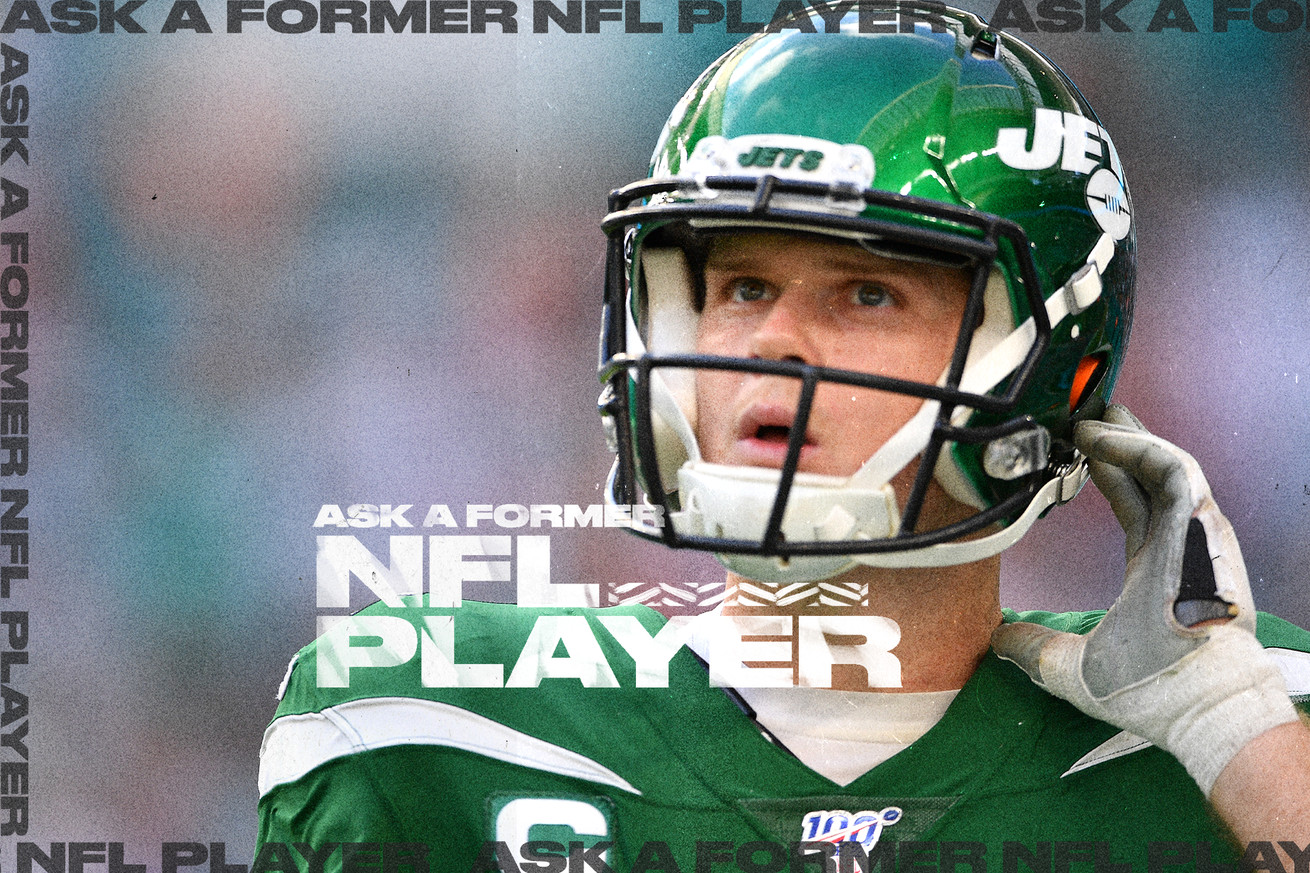 Things are not going well for the Jets or second-year quarterback Sam Darnold.

In this week’s mailbag, Geoff Schwartz takes a look at the Jets’ biggest problem, the Seahawks’ Super Bowl chances, and what needs to be done about officiating.

Week 10 in the NFL is underway, with the Raiders making a statement in their last primetime game ever in Oakland. The Raiders are now a legit playoff contender, which no one would have said to start the season.

Anyway, let’s get to this week’s mailbag. Thanks again to everyone for sending in your questions. If you have questions for next time, pass them along to me on Twitter or Instagram.

Should the Jets draft a QB next year? — @mtroxell16

No, they need a new coach. This year, we might see two coaches fired after one season: Adam Gase in New York and Freddie Kitchens in Cleveland. I hope the lesson with those two hires is that these franchise looked for the next offensive mind instead of trying to find the best coach. If you find the best coach, they will often bring with them the best assistants. It’s all about how you build your staff.

As for Sam Darnold, he’s shown signs of growth but clearly still has a long way to go. He’s going to enter next season most likely on his third head coach, third offense, and starting over again. It’s hard for any quarterback to succeed like that.

I know the Seahawks are overachieving, but the 2016 Falcons and the 2011 Giants had a similar point differential at this point in the season. Do you think that they are a championship-caliber team? Thanks! — @BeanieGleyber

With Russell Wilson, the Seahawks are always in contention for the Super Bowl. He’s on track to win the MVP this season, and he’s totally deserving of that award. But to your point, the Seahawks have some major deficiencies, starting with their defense.

They are currently ranked 27th, according to Football Outsiders. And compared to those Falcons and Giants teams, their defense isn’t that awful. But, the 2011 Giants had that amazing pass rush, which the Seahawks do not.

Plus, the teams above the Seahawks in the NFC standings are all more complete. The biggest issue I see with the Seahawks’ chances is their playoff position. I’d take the 49ers to win the division, which puts the Seahawks in a wild card spot. There has not been a wild card team to win the Super Bowl since the 2010 Packers, as it’s difficult to win playoff games on the road.

With officiating being at an all-time crisis high, do you think a system like score reviews would work for everything? Such as once a call is made, someone in the booth looks over the play from a few different angles briefly and buzzes down whether it was the correct call or not. I can’t see the downside to this, honestly. —@preston22

People are clamoring for more replay, and I’m not sure that is actually what we want. Let’s say we do the sky judge approach that was used in the AAF. Which penalties get reviewed? Everything? Just pass interference? Holdings? What if a holding isn’t called — is the sky judge allowed to change it?

No one wants all these plays being reviewed. What we need is better officiating overall. Instead of trying to put in place ways to review the poor calls, we should strive to eliminate them. Getting rid of points of emphasis for the officials and eliminating pass interference reviews are the first steps that can be taken next season to improve the officiating.

Did anyone ever spell your name right in elementary school? — @K5_Directrix

LOL, not really. The first day of school, the teacher would always call me “Gregory Schwartz.” They just assumed the “G” meant Greg and not Geoff. To make things easier for me, I normally went by Schwartz. I was given that “nickname” because we had four Geoff/Jeffs in my first grade class.

I still go by Schwartz most of the time with my friends, and we call my son “Schwartzie” all the time. I’m still surprised how often people call me “Ge-off” nowadays. It probably happens to me every fifth time I meet someone new. They often act surprised or tell me it’s the first time they’ve seen that spelling of Jeff. I just laugh and move along.