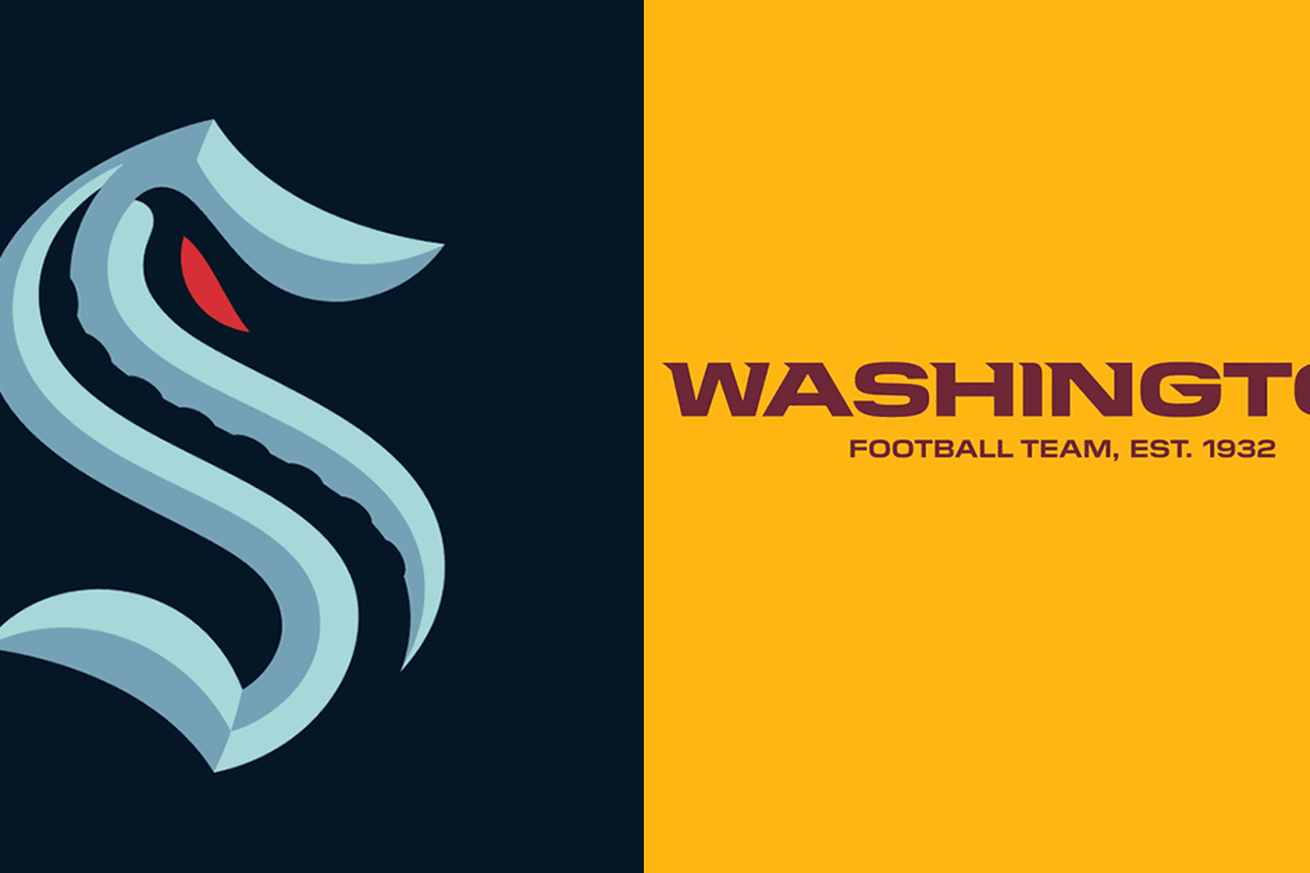 Duality is fun. Bert and Ernie. Peanut butter and jelly. Joy and the inescapable feeling that this hell year will never end and with every passing moment things keep getting worse. Sorry, lost myself for a second. But duality in sports is especially magical, and that happened on Thursday when in a very short span of time we were gifted with two, very different sport team names, both representing Washington.

First, the good: The Seattle Kraken.

A legend from the deep awakens.

This is the name everyone wanted, and rightfully so. It’s nautical, it’s threatening, it’s evocative and wonderful. The colors are excellent, everything looks great — and it’s the perfect look for Seattle’s new NHL team. I’m excited to see them play based on name alone, and for the obvious prerequisite “Release the Kraken” that is going to accompany every intro.

Now, the not so good “Washington Football Team.”

Now look, on the one hand I appreciate that the organization didn’t have a lot of time to think up a name, and by all accounts their preferred nickname might be locked down in trademark purgatory. But at the same time Washington had literally YEARS to deal with this issue, and chose not to until sponsor pressure forced their hand — so yeah, it’s on them.

Washington Football Team is what we’ve all been calling the organization instead of their racist nickname, but that doesn’t mean that sounding like an expansion MLS team is a good idea for a storied NFL franchise.

Yes, we know there’s a fundamental difference between Washington state and Washington D.C. but who cares, this is fun.