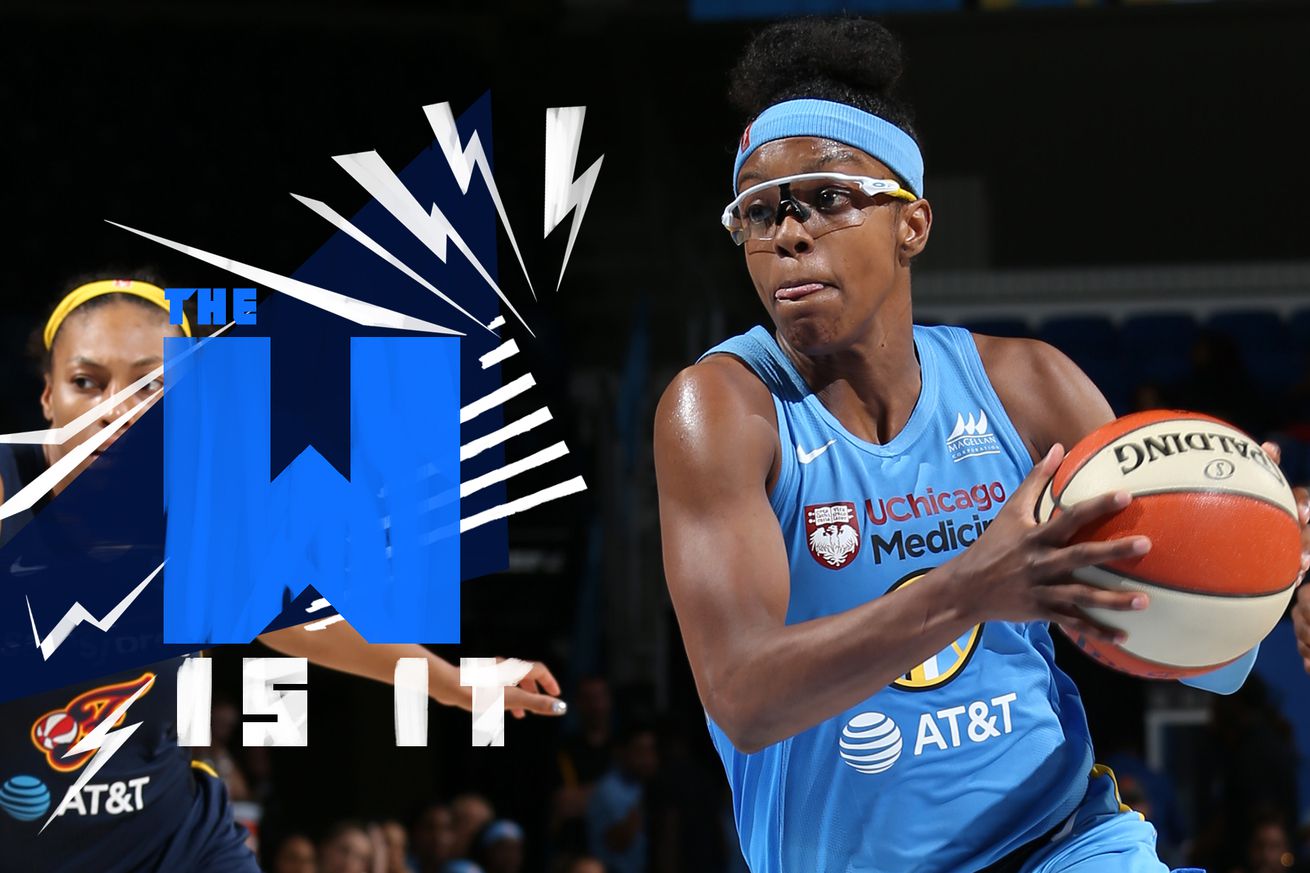 Plus: Liz Cambage dunks on a hater, important ‘Space Jam 2’ cameos, and more.

Welcome to The W Is It, a weekly column about all the stuff that freakin’ rules in the WNBA. Here’s last week’s column on Natasha Howard. Have any tips of topics to cover? Find me @mellentuck on Twitter.

Before the start of the season, I thought the Chicago Sky were destined for a third straight year in the lottery. The league’s worst defensive team in 2018 returned seven of the same eight players it did a year ago, with former LA Sparks big Jantel Lavender as the lone newcomer.

But a coaching change and the rise of franchise cornerstone Diamond DeShields is making me eat my words. For the first time since Elena Delle Donne forced a trade away before the 2017 season, the Sky are thriving.

After winning 13 games last season, the Sky are nearly halfway there before July. After crushing the best team in the league in the Connecticut Sun, 93-75, on Sunday, Chicago is 6-3, good for the third-best record in the W.

The Sky are allowing nine points per 100 possessions fewer per game this year than last, despite playing one possession faster. They’re still just the seventh-best defensive team in the league, but that’s a significant improvement from last year’s disaster and is turning Chicago into a winning program.

Wade’s making the most of a team stacked with switchable wings. Before the season, a surplus of 2s and 3s felt like an issue rather than a luxury, but the Sky are showing the future is in long-armed, quick forwards. Chicago plays one of the uber-athletic DeShields or Gabby Williams against an opposing team’s top slashing threat, along with some combination of Allie Quigley, Cheyenne Parker, and Kahleah Copper. Rookie Katie Lou Samuelson is sure to rejoin the rotation once she returns from a fracture in her hand, too.

DeShields is the Sky’s biggest difference-maker thus far, though. The second-year wing can shoot, slash, rebound, and defend four positions. She may be scoring the same 14 points per game she was a year ago, but she’s sinking six percent more of her threes (38 percent) on an additional attempt per game (five). She’s also improved as a ball-handler who can finish through traffic or stop and launch in an instant. Those skills are making all the difference and taking pressure off her sharpshooting teammates.

DeShields has become the focal point of opposing defenses, and her gravity is felt. With constant attention on DeShields, the league’s best passer, Vandersloot, has room to operate and dish to one of the other two Sky starters shooting 37 percent or better from distance. Chicago’s spacing is as good as ever, and proof is in their precision. The Sky have the second-best assist-to-turnover ratio in the league and the second-best true shooting percentage from the field.

The Sky finally have an identity with DeShields and a revamped Wade-coached defense, and it’s come quicker than anyone expected. The Sky are a League Pass must-watch once again.

Diana Taurasi, as well as Chiney and Nneka Ogwumike, will be in the LeBron James-led film. DT in a children’s movie … the kids might learn some new words in 2021!

THIS IS GONNA BE SO GOOD

Arike Ogunbowale is coming on

The former Notre Dame star is slowly figuring her way on a shaky Wings team, but she scored 25 points on 26 shots against the Aces on Sunday, including four threes. She looked like the Arike we know when she drained this ridiculous off-balance deep-ball as the first quarter clock expired. ARIIIKE.

.@Arike_O at the buzzer to give the Wings the lead at the end of Q1!

We already knew this, but don’t mess with Liz Cambage