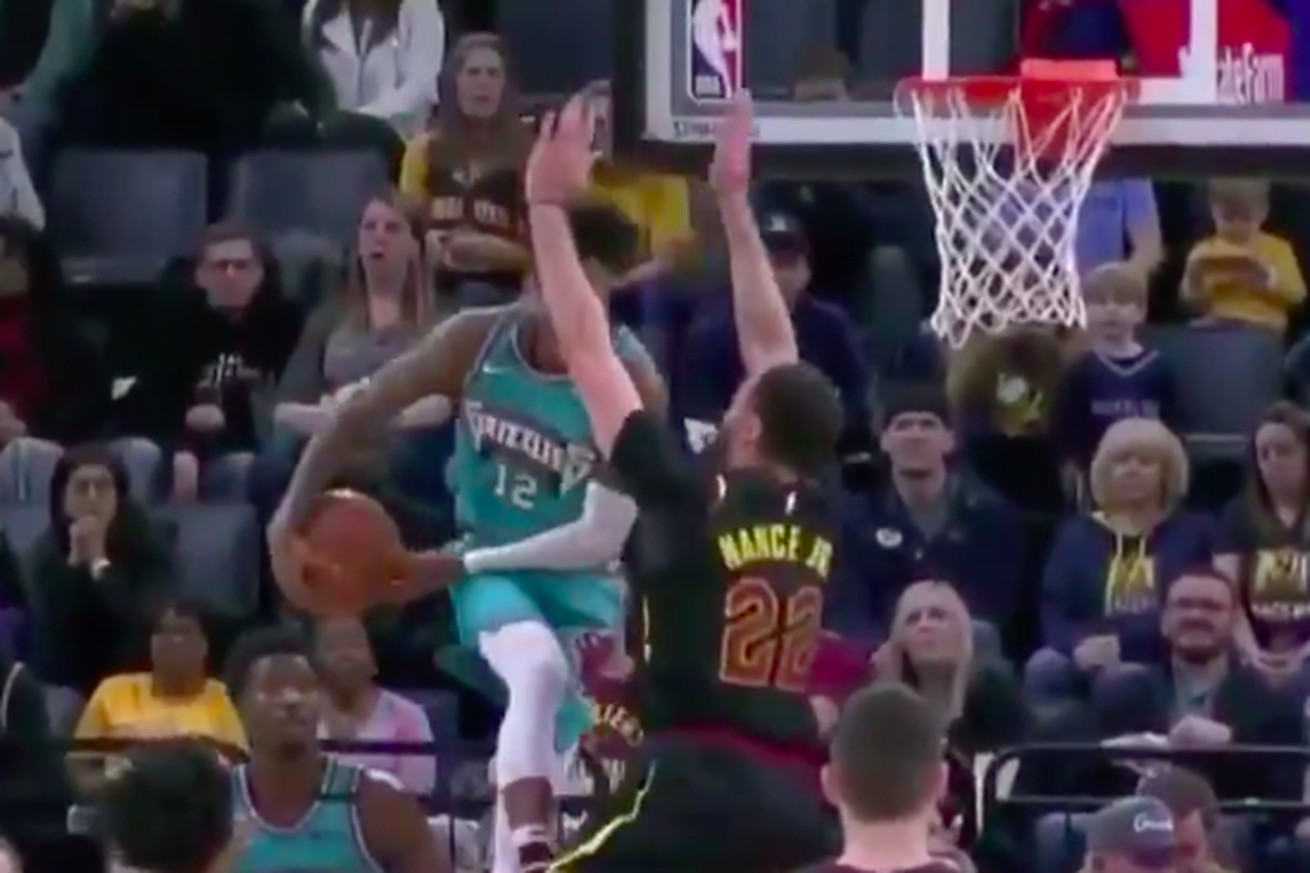 We can’t take our eyes off Ja Morant.

It’s starting to feel like Ja Morant does something we’ve never seen before every time he takes the floor. The Memphis Grizzlies rookie point guard has helped his team make a surprising surge into the Western Conference playoff picture, dotting every signature performance with one or two highlight plays that demand to be watched again and again.

Morant was at his best against the Cleveland Cavaliers on Friday in a 113-109 win. Morant had so many incredible plays on the night, but his best won’t show up in the box score and isn’t even part of major highlight packages. Just because Jaren Jackson Jr. failed finish this beautiful dime for a bucket doesn’t mean we can ignore it.

Ja Morant acts like he is going to jam it on Larry Nance, then proceeds to do a 180 in mid-air, and finally drops a no-look pass to JJJ pic.twitter.com/XRzlNfb4Pc

The reverse angle is required to appreciate this is in full.

Watch as Morant begins the play going for the poster dunk. We’ve seen him try to baptize a Cavaliers player before, and it sure looked like he was attempting to do it again. Mid-air, Morant realizes he wouldn’t be able to throw down the dunk, so he spins and hits Jackson with a behind the back pass.

This no look pass by Ja Morant is absolutely filthy.
pic.twitter.com/7DRu7pSUe1

The body control, the creativity, the awareness … these are the qualities that separate an elite run-and-jump athlete from an elite basketball player. Morant qualifies as both.

Oh yeah, Morant also had a nasty alley-oop transition dunk in this game, too. It’s like he was toying with the Cavs.

Morant is doing this every game. Remember he pulled this off against the Rockets a few days earlier?

Best of all, Morant is having a major impact on winning. The Grizzlies have won seven straight games and are firmly in the No. 8 seed in the Western Conference. They are only going to get better from here. We told you the Griz would be must-see TV the day after the draft. That’s because Morant, Brandon Clarke, and Jackson just may be the NBA’s best young core.

For now, we marvel at Morant — only 20 years old — figuring out how to dominate the NBA on the fly. There might not be a more exciting player in the league right now.