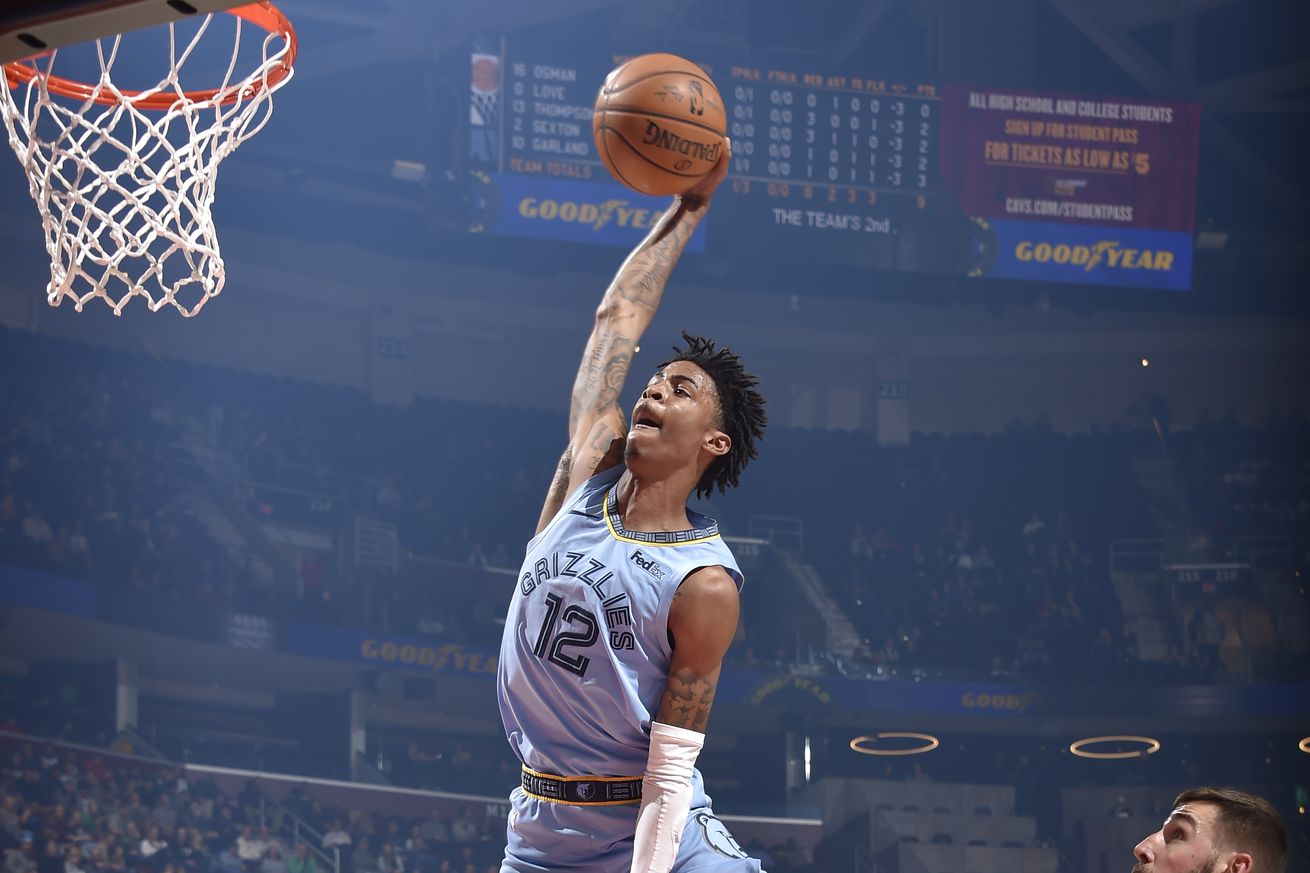 The Cleveland Cavaliers knocked off the Memphis Grizzlies, 114-107, on Friday night in a matchup of two franchises just starting to rebuild. This game was only notable in the standings for lottery position purposes and otherwise would have been perhaps the least remarkable contest on a night when the league slate featured 10 games.

Then why is everyone still talking about Grizzlies-Cavs the next morning? It’s because Memphis rookie Ja Morant had one of the most ambitious dunk attempts ever, a play that deserves praise even after ending in failure.

I mean, just look at this:

Early in the first quarter, Morant soared to the basket for a dunk attempt as Kevin Love tried to take the charge. Morant’s wild attempt missed, but no matter. The play is already being lionized for its valor and as a window into the psyche of the league’s brightest young stars. Morant really tried to do that.

Morant finished with only eight points but tied a career-high with 11 assists on the night. Love finished with 21 points, 13 rebounds, and the win. No one is going to remember any of that after this weekend, but Morant’s missed dunk could stand the test of time.

Best of all, Love — a proud veteran and borderline Hall of Famer now at the end of his prime — took the whole thing in stride.

After the game, Love quote-tweeted Morant’s attempt and issued a statement that only makes him more likable.

Ja almost ended my professional career with this dunk…that kid is something special https://t.co/5SxCItAMba

Love also wore this shirt to the game as he arrived. It’s like he knew.

The irony of Kevin Love wearing this outfit to the arena tonight … on the same night when Ja Morant tried to end his career pic.twitter.com/yA7FFJaPjI

Morant joins the list of the greatest missed dunks ever

Missed dunks don’t count for two points, but they are often some of the most memorable plays in basketball. Here is a compilation video of some all-timer missed slams:

Shannon Brown and Blake Griffin had the two attempts that are forever imprinted on my memory. Derek Fisher’s face says it all:

Imagine if Morant’s dunk would have went in

There’s only one comparison:

As I’ve written, Morant’s numbers and electric play indicate the rookie point guard is already a star. As my colleague Zito Madu wrote, Morant’s style of play is thrilling but reckless, and he needs to make sure he isn’t putting himself in danger with every ambitious dunk attempt.

As long as Morant stays healthy, he’s going to be most magnetic players in the NBA for a long time. This is only the start of his legend.