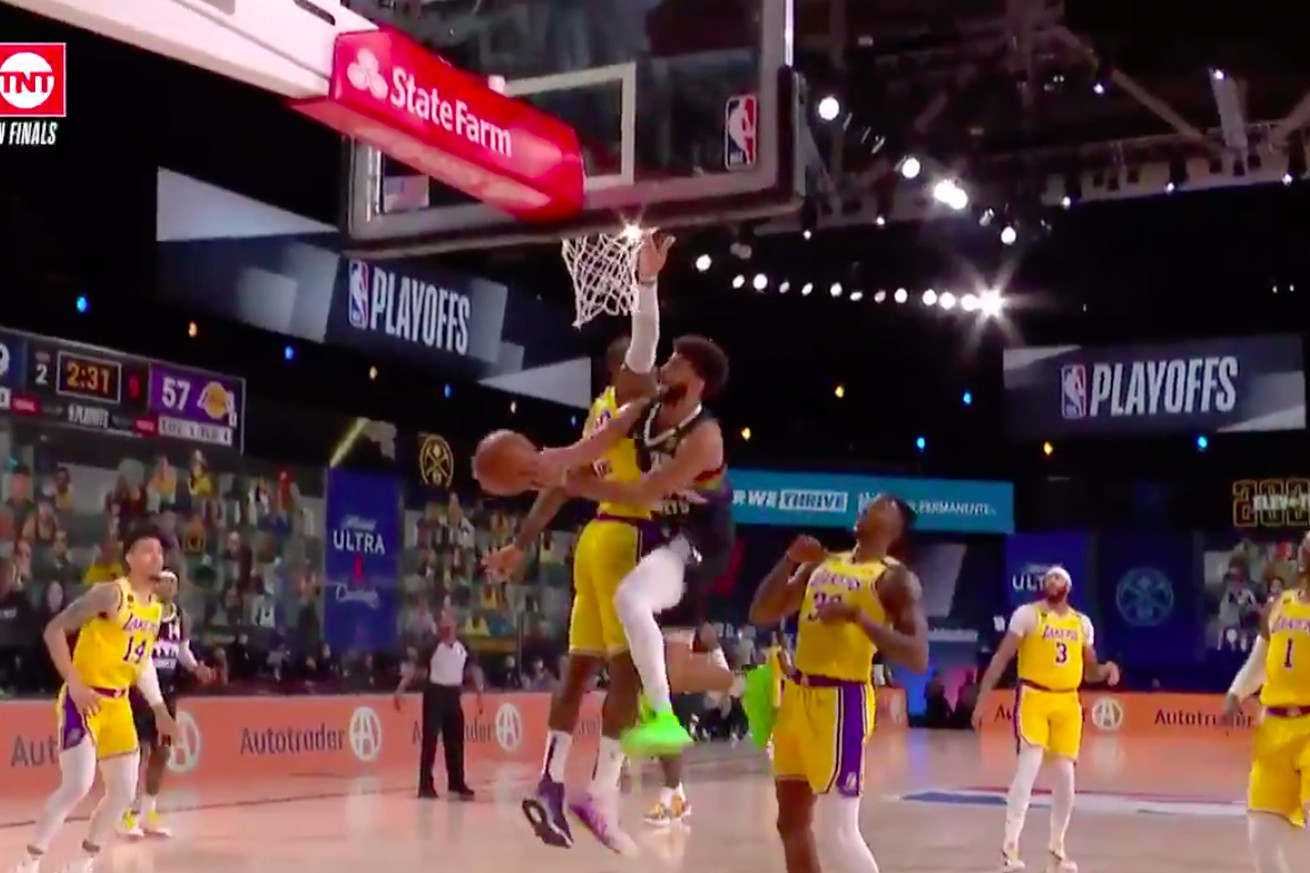 Jamal Murray has been on fire ever since the NBA playoffs started in the Disney bubble. Murray is averaging 26.65 points per game in the playoffs, which is eight more points than he averaged during the regular season. Now down 2-1 in the Western Conference Finals against the Los Angeles Lakers, the Nuggets need Murray to continue taking his game to superstar levels.

Murray did exactly that in the first half of Game 4. Late the second quarter, Murray drove the lane and made a hanging, body-contorting layup at the rim over LeBron James.

Murray has never been known as an explosive athlete around the basket, yet he had the ability to hang in the air and finish this shot from an impossible angle.

That was one of the coolest layups I’ve ever seen. #Murray

Murray’s layup was immediately drawing comparisons to Michael Jordan’s legendary switch-hands lay in against the Lakers in the 1991 Finals.

Screw it, I’ll say it: Jamal Murray is the Canadian Michael Jordan.

if we must compare it to a jordan layup… pic.twitter.com/a6ez5z5C7H

You might remember Murray also had a 360 layup around Rudy Gobert in the first round of the playoffs:

Murray is must see-TV right now. We can’t wait to see what he does next.