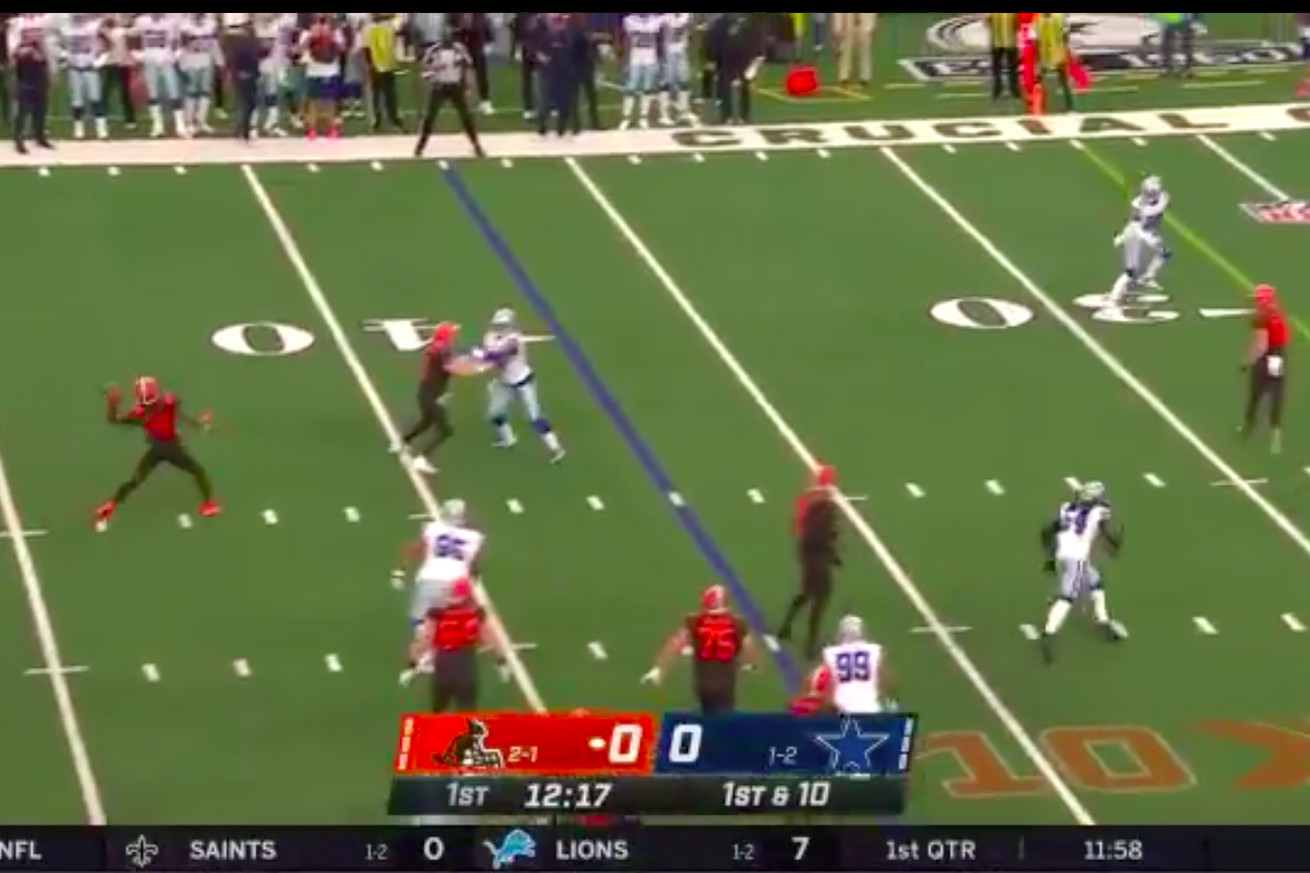 You won’t see many better touchdown passes from a non-QB.

The Cleveland Browns’ offense has been struggling to move the ball through air in the first three weeks of the new NFL season despite some great weapons at wide receiver. What’s the best way to get the passing game going? In Week 4 vs. the Dallas Cowboys, the Browns decided let wide receiver Jarvis Landry throw the ball, and it produced one of the great touchdowns we’ve seen so far in 2020.

The Browns ran a reverse to Landry, who then threw the ball downfield to teammate Odell Beckham Jr. for a touchdown. Seriously: this is a perfect throw. Starting QB Baker Mayfield should be taking notes.

I can’t remember many better passes thrown by a non-QB in an NFL game. Of course, Landry had another great throw by a wide receiver a couple years back.

remember when Jarvis Landry threw a ball from the 25 to the 25 that hit his receiver in stride pic.twitter.com/rtZMZHzTAL

Let Landry throw more often. There have been some awesome results when Cleveland lets it happen.