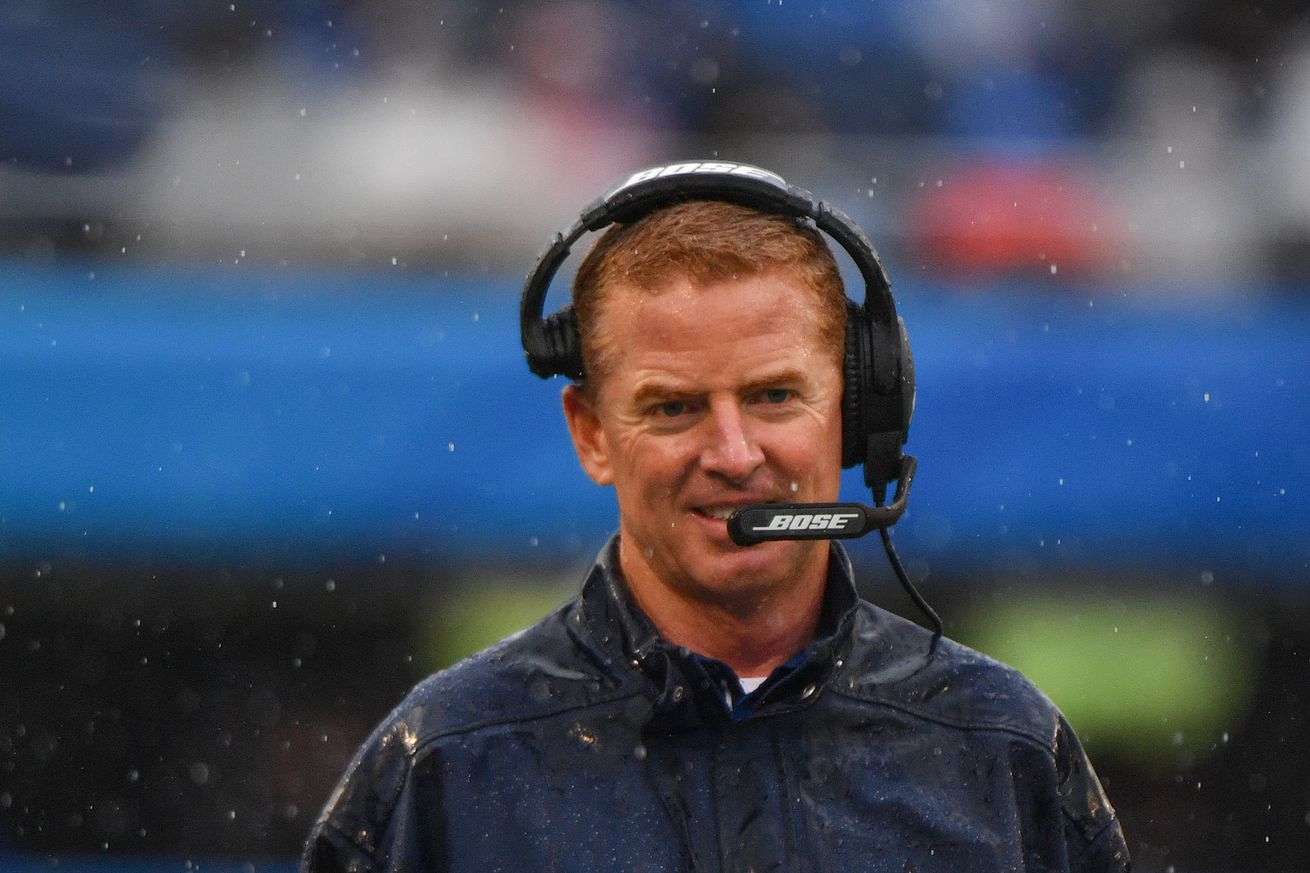 The Cowboys coach led the NFC squad and he was surprisingly fun.

The Pro Bowl is supposed to be a fun event and Cowboys coach Jason Garrett embraced that to the fullest. He was the coach of the NFC squad Sunday and threw every weird idea he could think up at the AFC.

It didn’t work much. The NFC lost 26-7 and didn’t even score their first points until the fourth quarter. But Garrett definitely let them have fun, and that counts for something, right?

The Cowboys offense lived and died by how much Ezekiel Elliott was fed the ball in 2018. Dallas probably should’ve fired Scott Linehan much earlier in the year for struggling to feed Elliott with any consistency. They finally did it after the Cowboys lost to the Rams in the Divisional Round.

So with Linehan out and Garrett calling the shots for the NFC, Elliott got fed plenty — except not much at running back.

Elliott lined up at quarterback:

Zeke behind center?!@EzekielElliott hands off to @Saquon

He ran a fake punt:

Elliott even got to try his hand at rushing the passer:

It wasn’t just Elliott who got to do a little bit of everything, though. It seemed like Garrett let NFC players try just about anything they wanted.

Not long after Elliott made an unsuccessful attempt at sacking Deshaun Watson, Garrett let two more running backs — the Saints’ Alvin Kamara and the Giants’ Saquon Barkley — line up on the defensive line.

That probably shouldn’t work against Pro Bowl offensive linemen, except it totally did. Kamara beat Titans offensive tackle Taylor Lewan to bend around the edge and force an errant throw.

Not to be outdone, Buccaneers wide receiver Mike Evans got to play a little bit of defensive back and locked down Browns wide receiver Jarvis Landry. First, he knocked away a pass to Landry. Then he intercepted another — leading to one of the silliest, lateral-filled plays imaginable.

The NFC got blown out from start to finish, but Garrett enjoyed just about every second of it.

The many faces of Jason Garrett pic.twitter.com/GkMkgsEtsN

It really doesn’t matter who wins the Pro Bowl and all the silliness ended up being fun to watch. And it was a little surprising to see it come from Garrett, a coach who is known for being a robotic and boring presence on the Cowboys sideline. Early in the game, it looked like it would be more of the same.

The most Jason Garrett thing of all time. He’s “aggressive” in the Pro Bowl but then runs a fullback dive. . It’s the Pro Bowl. Y’all don’t have anything more creative to run there?

This fun version of Garrett was a welcomed change.