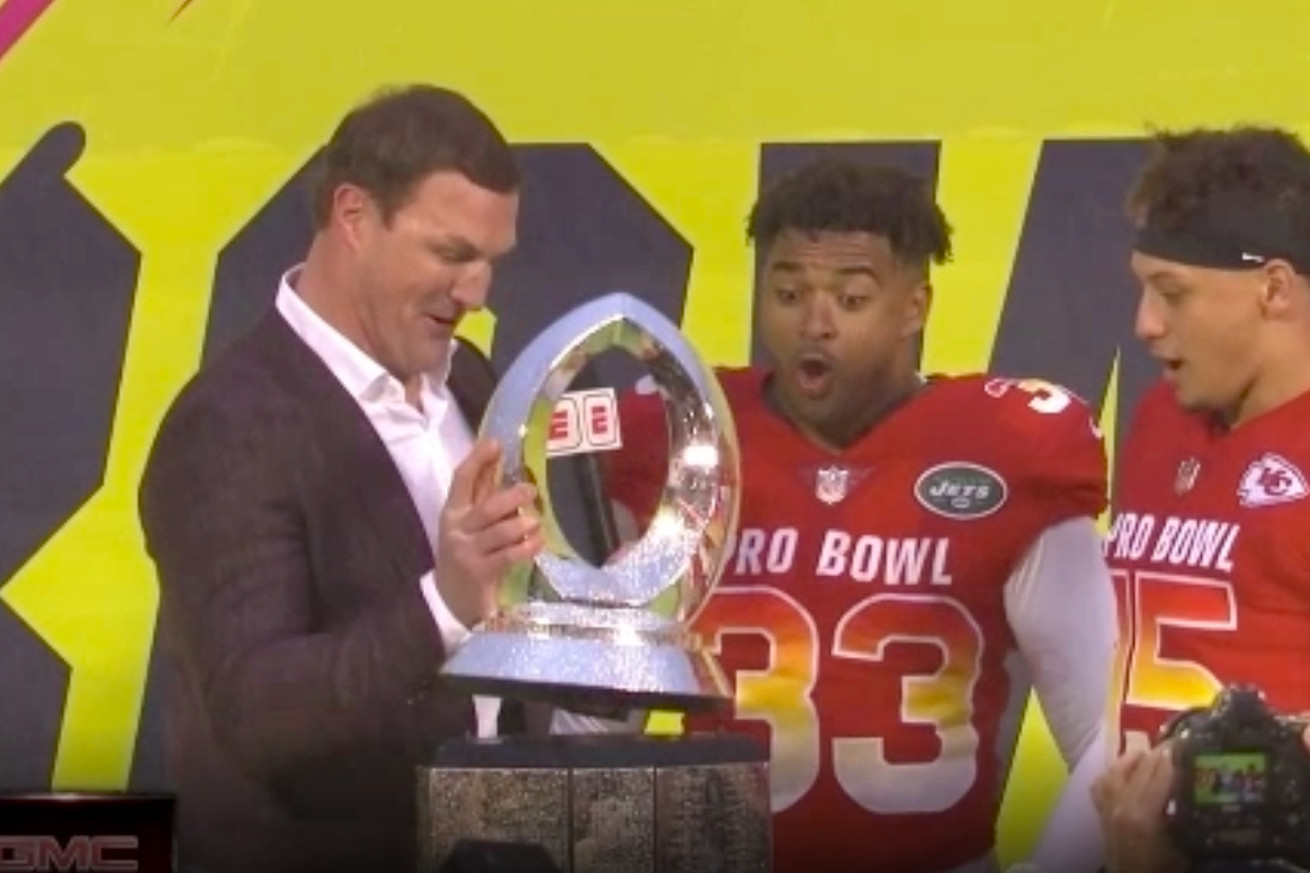 The perfect cherry on top of Witten’s terrible season as a commentator.

The longtime Dallas Cowboys tight end took over as the Monday Night Football color commentator for ESPN in 2018 and found out it isn’t nearly as easy as Tony Romo makes it sound. Witten — along with Booger McFarland — were a disaster all year long.

The perfect cherry on top of his rough rookie season at ESPN came just after the Pro Bowl. In his last TV time of the season, Witten broke the dang Pro Bowl trophy in half.

Earlier in the game, Witten told the audience watching from home that Colts tight end Eric Ebron was one of Chiefs quarterback Patrick Mahomes’ favorite targets all year. Those kind of mistakes defined his year at ESPN.

So it’s not too surprising that Witten looked unfazed by the Pro Bowl trophy breaking in half. Of course it did. That’s just his life now.

The more hilarious reaction came from the Jets’ Jamal Adams, whose jaw immediately dropped. Tune in next season to see what bloopers Witten will add to his commentary reel.

One thought on “Jason Witten broke the Pro Bowl trophy in half, a fitting end to his awful year at ESPN”