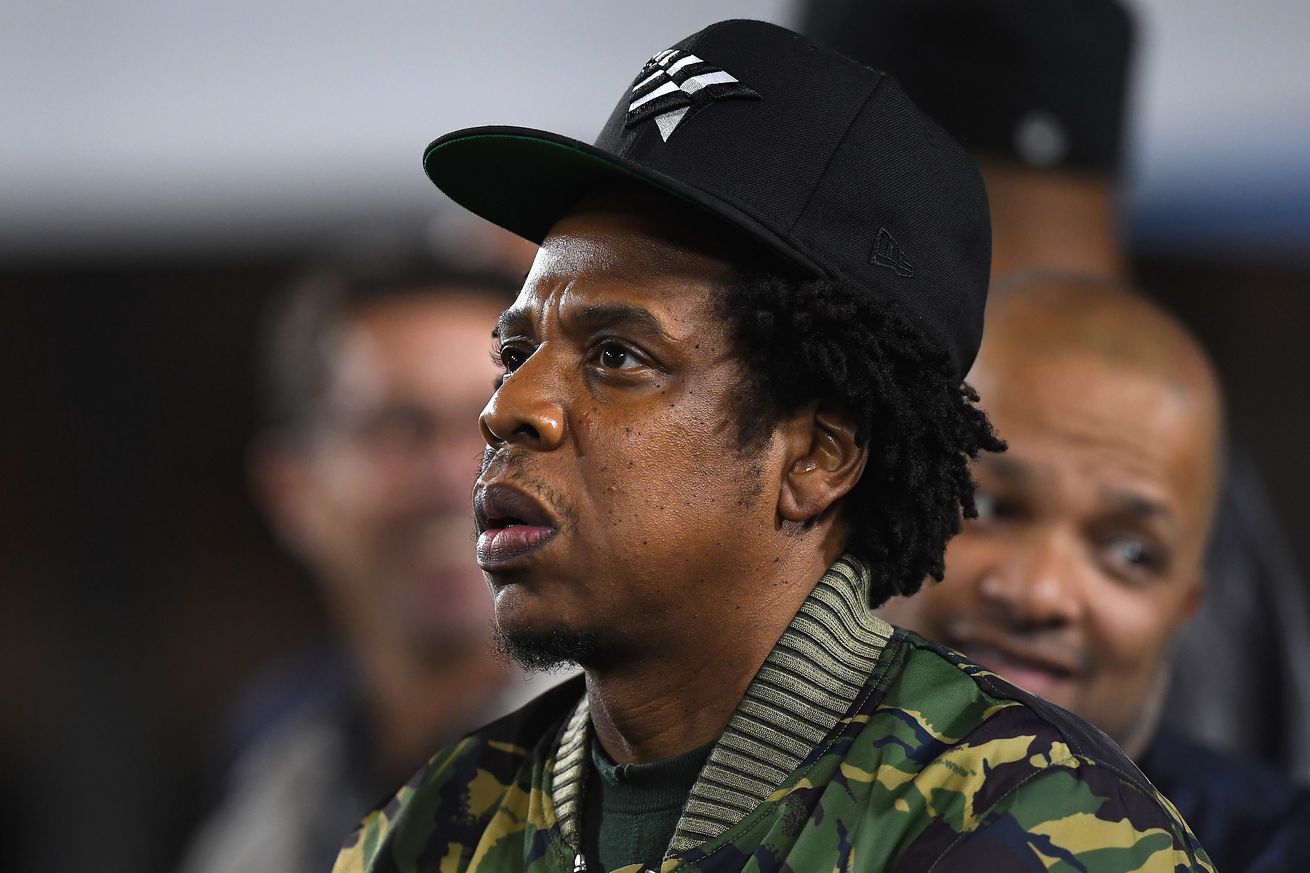 Jay-Z is indeed a business, man.

The NFL and Jay-Z’s Roc Nation announced a partnership to both bolster the league’s entertainment offerings — most notably the Super Bowl halftime show — and address the social issues that have sparked protests from Colin Kaepernick and other NFL athletes since 2016. The announcement comes three years to the day of Kaepernick’s first protest during the national anthem.

Details on the partnership, from the NFL’s release:

Today, Roc Nation announced it has entered into a long-term partnership with the National Football League as the league’s official Live Music Entertainment Strategists. The partnership will begin as the NFL’s 100th season kicks off and will serve as a commitment from Roc Nation and the NFL to nurture and strengthen community through music and the NFL’s Inspire Change initiative.

Roc Nation will spearhead and advise on the selection of artists for NFL tentpole performances, including the Super Bowl, and will assist in the production and promotion of new music as well as culture- and cause-focused initiatives.

A core component of the partnership will be to amplify the Inspire Change platform priority areas identified by NFL Players, including Education and Economic Advancement, Improving Police-Community Relations, and Criminal Justice Reform.

The collaboration seems fine on the surface. Many of us had a nice giggle over Maroon 5 performing at halftime of Super Bowl LIII in Atlanta considering the city produces an absurd amount of musical genius who could have gotten the job done. And of course, social issues have been the biggest NFL talking point over the past few years outside of the actual games.

However, this partnership doesn’t feel as good as it should — for many reasons.

We could start with the timing — the deal comes just days after Kenny Stills criticized Dolphins owner Stephen Ross for hosting a fundraiser for President Donald Trump in The Hamptons.

Timing aside, there are flaws in this partnership that aren’t surprising, but disappointing as far as what it could have been.

Colin Kaepernick and Eric Reid aren’t involved — the men who have led the movement since Kaepernick first began protesting on Aug. 14, 2016. Kaepernick is still without a job in the NFL, sharing a week ago that he still maintains the same training routine:

5am. 5 days a week. For 3 years. Still Ready. pic.twitter.com/AGczejA1rM

When commenting on the NFL’s Inspire Change platform — made by the Players Coalition that infamously left out Kaepernick and Reid — Jay-Z told The Wall Street Journal:

“We like to think that the way we build the Inspire Change platform, that if anything close to that would happen in the future, then Kaepernick would have a platform where he can express himself and maybe it doesn’t have to take place on the field.”

Adding a platform for players to voice their concerns and ideas to improve society is good — nobody’s going to argue against that. However, only creating that platform so Kaepernick or other NFL players won’t demonstrate on the field is a continuation of the suppression of protest by black people in America.

Also, this venture feels more capitalistic than a true gesture to enact true social activism. One of Jay-Z’s signature bars — from Kanye West’s “Diamonds from Sierra Leone Remix” — is “I’m not a businessman; I’m a business, man!”

He’s also bragged about turning down an opportunity to perform at halftime of the Super Bowl as well on his joint track with Beyoncé, “APESHIT”:

I said no to the Super Bowl: you need me, I don’t need you / Every night we in the end zone, tell the NFL we in stadiums too

This isn’t to say that Jay-Z could never partner with the NFL in good faith — hopefully great things come from this and it makes a substantial impact. But looking at the finer details, it’s pretty damn hard to feel good about the partnership if you’re looking for something that’s going to spear change. One last thing to keep in mind: The NFL now 1) doesn’t have to pretend to care about black issues anymore since it’s in Jay-Z’s hands, and 2) can point the finger at the black figure they hired and his company when something isn’t quite right in those efforts.

Jay-Z told The Wall Street Journal: ”We’re going through a tough time. A lot of people are not agreeing with one another. And we have to just push it along a little bit. There’s no magic pill. No one is going to have the solution themselves. You just have to do your little thing to push it along.”

He’s not wrong in that there’s not a magic pill; any true improvement to society is going to take many generations. It may not seem like it to some, but we aren’t that far removed from many of the things that have oppressed black people in America since its inception. Our nation is only 243 years old. We’re still figuring things out, and that process certainly isn’t going to be perfect.

But we can be methodical in our efforts to improve society. This partnership isn’t methodical, at least not in a way that benefits anybody but the NFL — which isn’t a shock.

The hope is that Jay-Z actually is infiltrating from within, as he claimed at Tuesday’s press conference, and this yields real change.

But it’s hard to have honest faith in that when you look at everything that’s on the table.