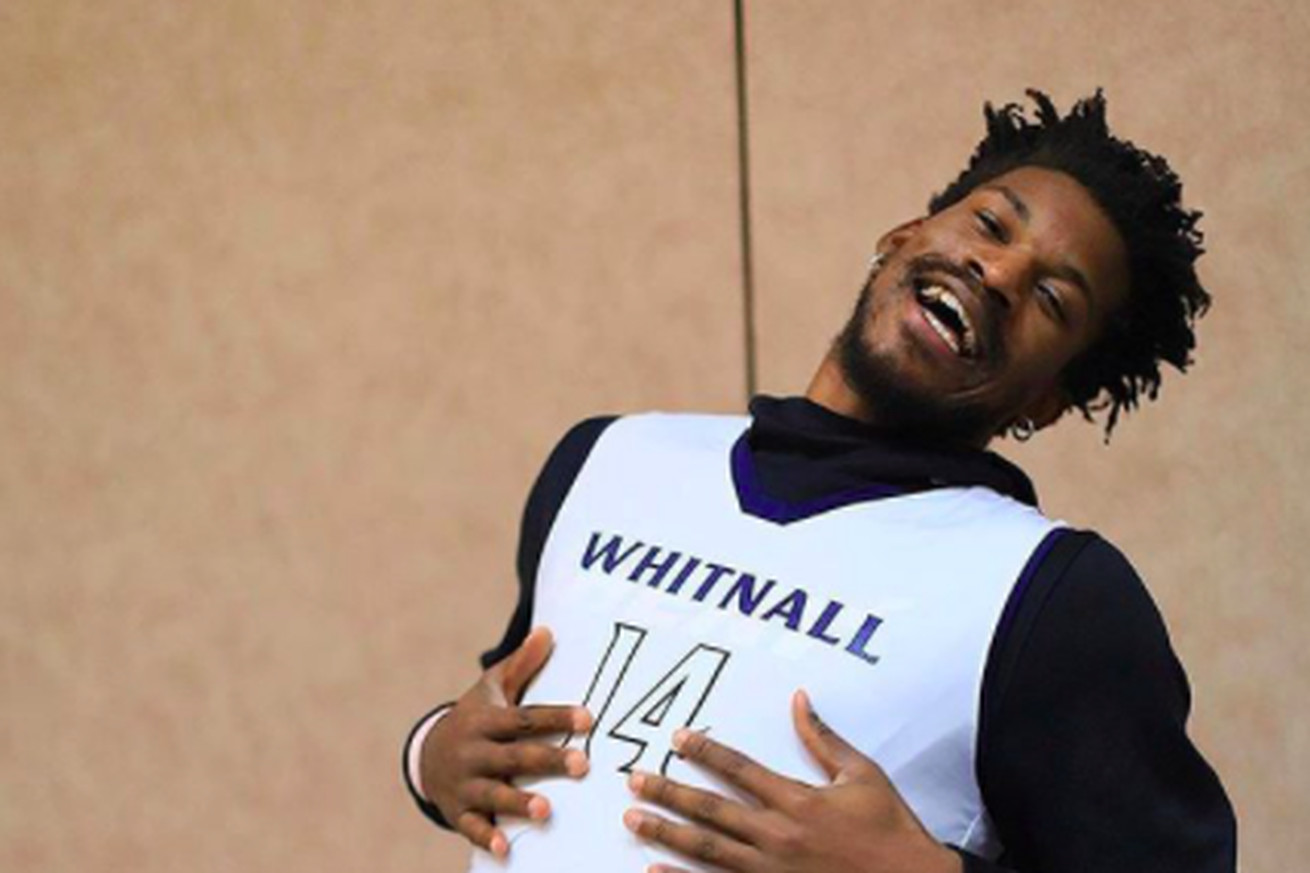 Jimmy Butler’s love of teammate Tyler Herro knows no bounds. Butler took Herro under his wing from the moment he was drafted, inviting the rookie to his infamous 4 a.m. workouts and praising Herro’s drive and confidence to any outlet that would listen. Butler saw something in Herro that led him to believe the No. 13 overall pick in the draft would be an immediate asset to the Heat. He was right.

Herro has been a breakout star in the NBA playoffs at only 20 years old. In Game 4, he put up one of the best performances by a rookie in NBA history, finishing with 37 points on 5-of-10 shooting from three-point range to power to Miami to a commanding 3-1 series lead over the Boston Celtics in the Eastern Conference Finals.

Butler’s own IG post had a goat emoji and a baby emoji as the caption:

Perhaps Butler got the idea by staring at social media after Miami’s win. Herro’s high school highlights were being passed around after the game. It’s hard to believe this was only two years ago:

Tyler Herro has been doing this his whole career ⚡️

Herro often calls Butler his big brother. He said his biggest motivation right now is getting to the Finals for Butler, who has never been there before. As Herro tried to credit Butler for his breakout performance in Game 4, Butler immediately shot it down and said the rookie deserves all the credit for the work he’s put in.

The Miami Heat speak on Tyler Herro’s ability and importance.

The attention is starting to pile up for Herro after a performance that put him in the company of Magic Johnson and Derrick Rose.

Here are the full highlights from Herro in Game 4:

The camaraderie among Heat players that’s become extremely visible during their playoff run is nothing new. From Butler’s relationship with Goran Dragic and Bam Adebayo, to Meyers Leonard’s sideline cheerleading after being taken out of the rotation, it’s clear Miami’s players really like each other.

Strangely enough, it’s usually Butler leading the way. He has even started the #TylerTuesday hashtag on Instagram:

Butler had something of an unfair reputation as a difficult teammate from his previous stops in Chicago, Minnesota, and Philadelphia, but you’d never know it by the way he’s embraced his supporting cast with the Heat. Wearing Herro’s high school is just another example.