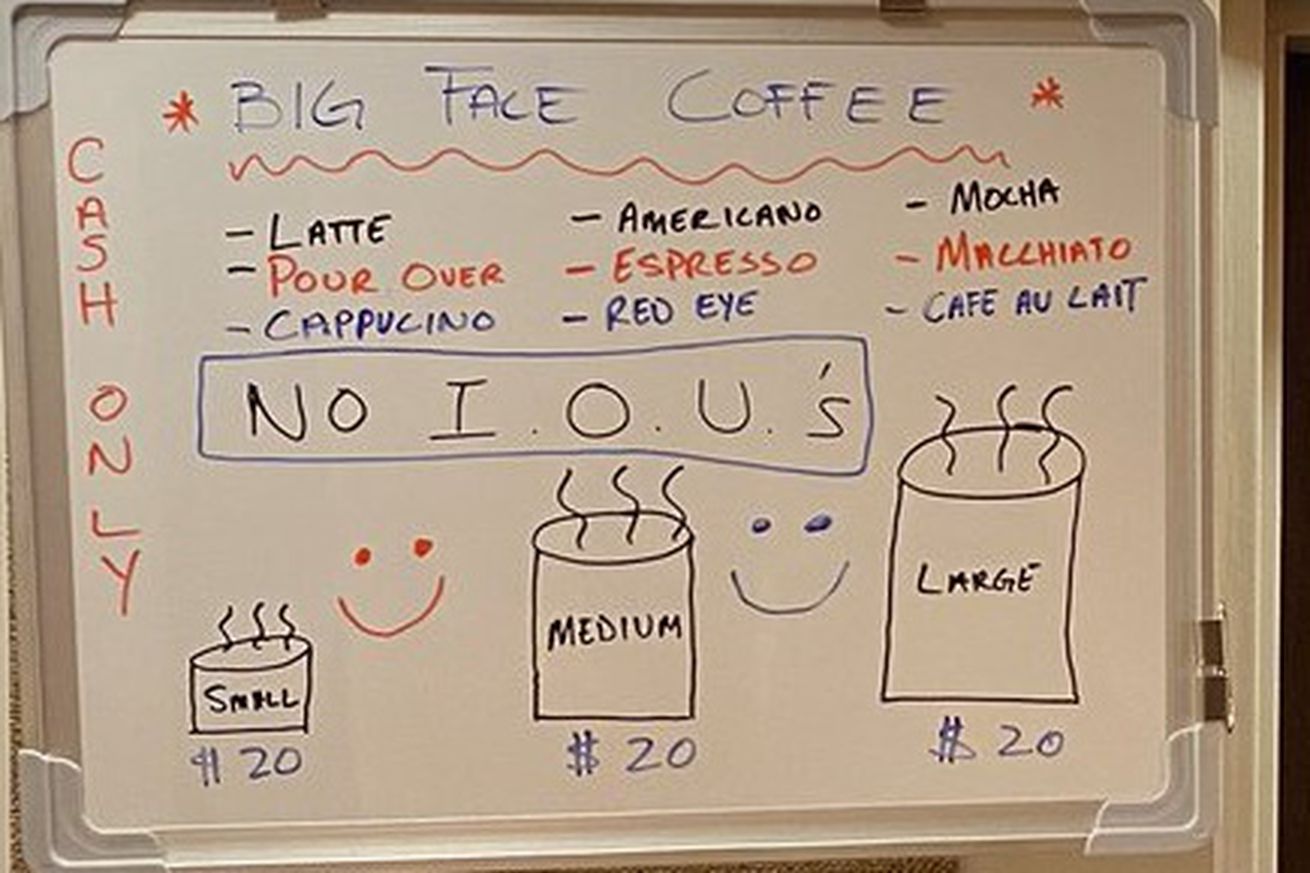 Rise and grind (your beans).

Take any Econ 101 class and you’ll be told that the commodities world is based on supply and demand. Jimmy Butler gets it.

So apparently Jimmy Butler wasn’t kidding about the up-charge for the use of his French Press at Disney. (From Meyers Leonard’s Twitter): pic.twitter.com/1s1em6flRG

While many NBA players used their precious personal item slots to bring memories of home, or their favorite video game console — Butler decided to bring a French press into the NBA bubble, and is now running his own coffee business out of his room.

First of all, I absolutely love this scam. I don’t know what the coffee game is like inside the Disney resort, but considering Butler’s burgeoning business I have to imagine it’s a little lackluster. Everything about this sign is genius.

I think the reason I respect this so much is that I too ran a hustle much like Butler’s when I was in the fourth grade. I turned myself into a human Uber and gave kids piggy back rides around school for 20 cents a ride. Business was booming too, until my mom began to question why I was coming home from school with a pound of candy every day.

In hindsight if my child came home from school with an abundance of unknown candy I’d probably be a little concerned too. Good looking out, mom.