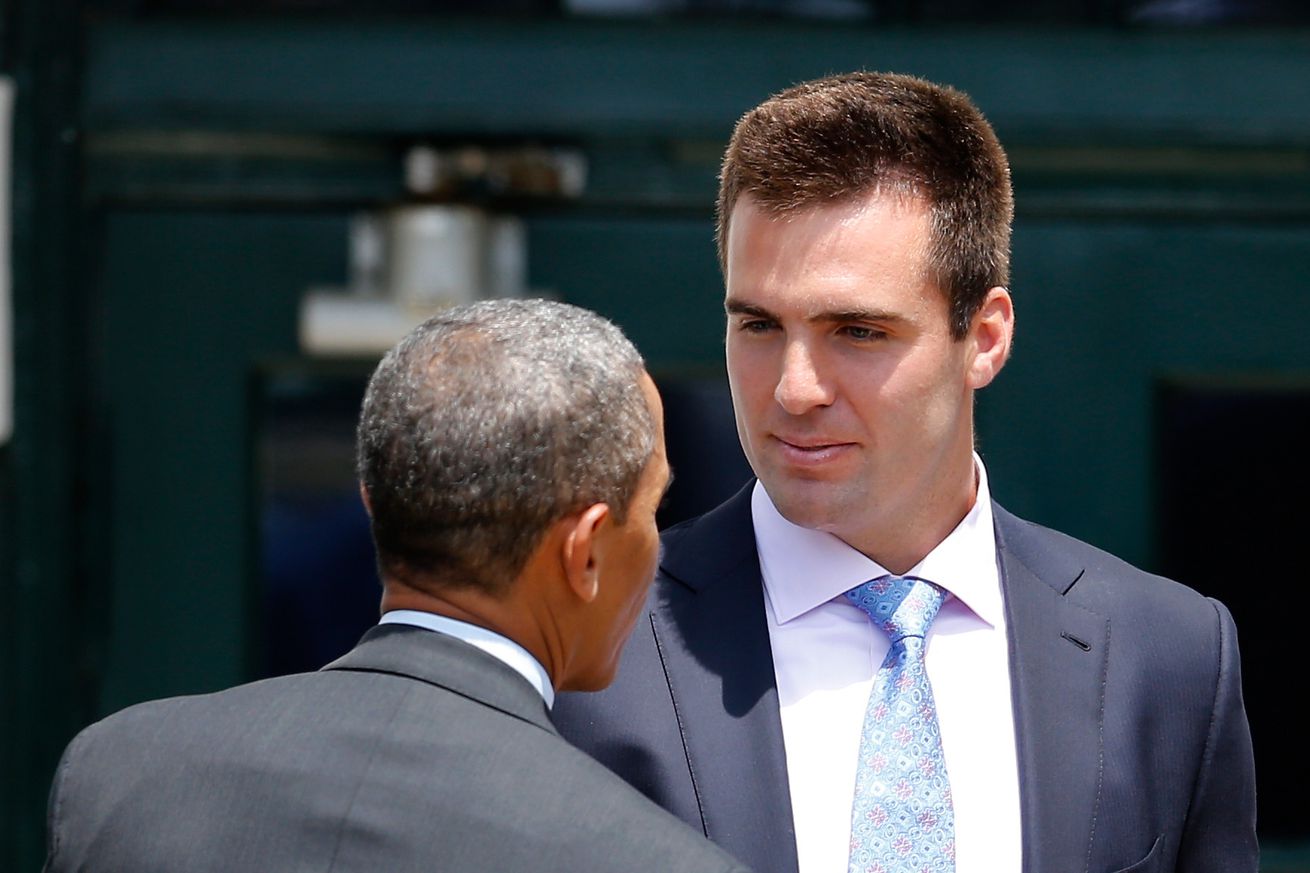 They’re two guys from Delaware named Joe, but that’s only where their similarities begin.

Joe Biden and Joe Flacco share the same first name. Both come from Delaware, one of the oddest places in America a person can come from. That isn’t a slight to Delaware. It can’t possibly be, because I lack the requisite information to slight Delaware, a place that manages to remain obscure despite sitting a two-hour drive from both New York City and Washington, D.C. If America is your kitchen, Delaware is the weird little cabinet above the fridge. When did you last open it? It’s been years, hasn’t it?

It’s not entirely accurate to say Flacco and Biden are from Delaware. Both arrived there by way of Pennsylvania (Flacco played at Pitt and Biden was born in Scranton). At any rate, as notable figures associated with Delaware, they’re in very exclusive company. This list of the most famous Delawareans can’t even get to 14 without invoking Delino DeShields.

Biden and Flacco both arrived on the big stage in 2008, but only after some hesitation. When Obama first inquired about Biden’s interest in the VP slot, Biden declined. Around the same time, Flacco was planning for a future in baseball, as he saw his NFL prospects diminishing.

Their fortunes turned upon their christenings as “lunch pail” guys who could conquer Ohio. Obama convinced Biden to join the ticket after observing his connection with working-class voters, a perceived skill that might help deliver swing states like Ohio. A couple months prior, the Ravens took a trip to Delaware and watched Flacco throw footballs he’d provided himself on an unpainted field. It was cold, windy, wet, and miserable; nonetheless, Flacco performed well. The Ravens selected him in the draft a month later, reasoning that his ability to perform in bad weather would bode well when they visited their division rivals in places like Cleveland and Cincinnati.

They screwed up constantly, and they still do. Both, in fact, are famous for being among the very most gaffe-prone figures in their respective lines of work. Biden plagiarizes a speech from a British MP; Flacco is strip-sacked after holding the ball four seconds too long. Biden blurts out “listen, Fat” to a guy whose name is probably not Fat; Flacco airmails an absolute turd that would qualify for intentional grounding were it not intercepted. We could do this all day, but let’s leave it at this: their mistakes all seem to happen because they are either far too impatient or far too patient.

It’s a struggle to manage these two. The winning formula appears to be to coax them into simply not doing so much. Early in the 2008 general campaign, Biden’s tendency to go wildly off-script irritated Obama to no end. Eventually, the campaign successfully coached him into a more by-the-book, conservative approach. Over the course of his career, Flacco is 31-49 in games in which he has to throw at least 35 times. Otherwise, he’s a stunning 67-27.

Over the years, Flacco has been a mainstay on Monday Night Countdown’s bloopers segment. It’s tough to pick a favorite appearance, but I’ll go with this one, in which he attempts a forward pass a full couple of yards past the line of scrimmage with the marker right in front of him. Would you like to know what this segment is called? It is called “C’mon Man!”

Back in 2007, when Flacco was chucking footballs in the obscurity of the FCS and Biden was getting absolutely waxed in the Democratic primaries, it was impossible to imagine these two winning a Super Bowl and a presidency. Look at them now! Even in retrospect, neither completely makes sense, and both could only have happened under precisely the right circumstances. It was all about the jerseys they wore. Though Flacco caught fire in the 2012 playoffs, he was carried there by his defense during his own mediocre, unreliable play. Though Biden led convincingly in the polls throughout the 2020 general, he was carried there via the Democratic establishment forming ranks around him.

In the Super Bowl, Flacco matched up against Colin Kaepernick, who, despite his very strong numbers, was eventually completely shut out of the league on account of radical sociopolitical views that, in the judgment of the establishment, their base was not ready for. Hold on, I’m going to grab a glass of water.

Back. So, where do the two find themselves now? Unbelievably, they’re both No. 1 on the depth chart. They’ve arrived here via a cocktail of very specific conditions, but primarily, they’re here because they just kept hanging around. Since Flacco entered the league, the sun has both risen and set on a wealth of notable quarterbacks: Kaepernick, Romo, RGIII, Luck, Palmer. All these men were at one time unquestionably better quarterbacks than Flacco, who waited them all out. Just when it looked as though he was bookending his career as a backup with the Jets, an injury once again has him in the starting role.

It’s 2020, and Joe Flacco’s team is terrible. Historically so. Now that the Patriots, the darlings of reactionaries and longtime champions of their division, are rebuilding, the Jets finally have a window to once again contend, and they’ve completely failed to capitalize. Having jettisoned their biggest star in running back Le’Veon Bell, their ground game is thoroughly unimpressive. It’s polite to say that the Jets are rebuilding, but what was ever built? They’re decades removed from their last Super Bowl. This would require them to build something altogether new, and if they had that in them, we would have seen it a long time ago.

The old guy from Delaware is not the future, and he’s not the answer, but you gotta put a guy out there. Here he is again.