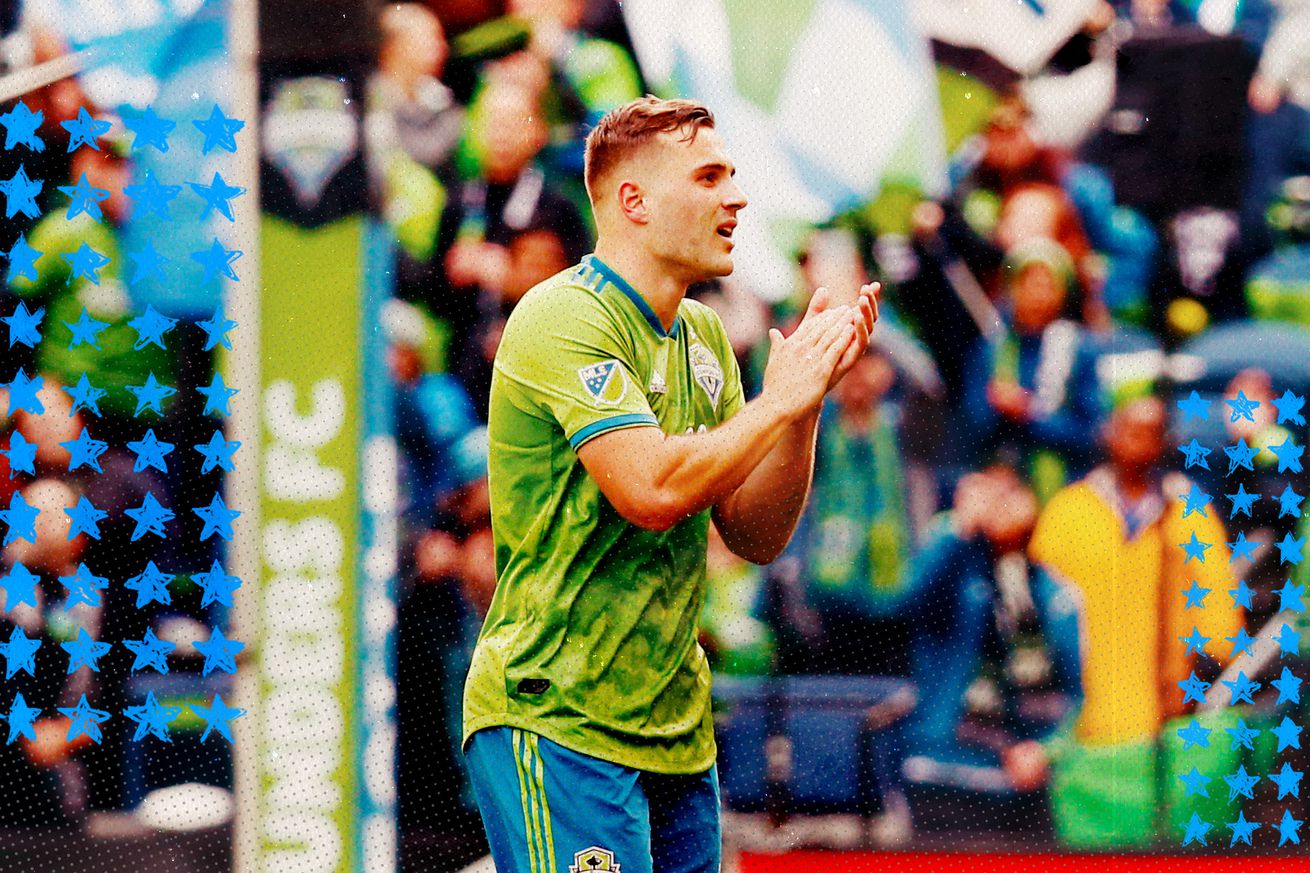 No one knew what to expect when Morris returned from an ACL tear, but he’s better than ever before.

FC Dallas and Seattle Sounders didn’t play a soccer match on Saturday as much as they sprinted up and down the field for 120 minutes, occasionally stopping to kick a ball. The Seattle player tasked with doing the most running was Jordan Morris, who had the same job for the United States Men’s National Team on Tuesday.

Here’s what Morris looked like after 112 minutes of Saturday’s MLS Cup playoff game.

That looks like a man who has given his team every bit of energy he has in his body. As the play continued on without him, announcer John Strong commented three times that Morris had still not returned to his feet. When the ball was put out of play, the referee walked over to Morris to see if he needed treatment. He shrugged off the trainer and stumbled to his feet in visible agony.

Seattle manager Brian Schmetzer was reluctant to use his substitutions in this game, despite his team’s clear need for fresh legs. Though Morris was no longer making his signature runs into the penalty area, Schmetzer refused to take out his star attacker. But after seeing Morris on the ground, the Sounders boss finally had to make a difficult decision, and told Jordy Delem to check in with the fourth official to replace Morris.

HE SEALS HIS HAT TRICK IN EXTRA TIME! #MLSCupPlayoffs pic.twitter.com/9V0j2Skog8

Last year, it wasn’t clear if Morris would ever get the chance to have a moment like this. He missed more than a year after an ACL tear in 2017 forced him to sit out the entire 2018 season.

This winter, Morris returned to a very different Seattle squad. He had played plenty of winger before his injury, but he was still fighting to be the Sounders’ starting striker when he went down. In Morris’ absence, Seattle signed Peruvian international Raul Ruidiaz, and Morris had to accept a full-time move to winger for the betterment of his career.

“In the past, when I’d move out there, it would be frustrating,” Morris told reporters after the USMNT’s CONCACAF Nations League match against Cuba. “I’d rather be playing up front. But I’ve talked to Steve Zakuani a bit, a great winger, and I needed to change my mentality. I am a winger now and I need to get better at that craft. That’s my position. I feel a lot more comfortable out there and I see that as my position.”

That change in perspective served Morris well — he finished the regular season with 10 goals and 7 assists, and re-established himself as a starter for the USMNT. Though many may have forgotten, Morris had been disappointing in the lead-up to his injury. Fans expected him to build on an impressive rookie campaign, but Morris recorded just three goals and one assist over 23 appearances in 2017.

Around this time last year, Morris returned to full-time training. The Sounders made a video series about his recovery, and something he said jumped to mind after I watched Saturday’s game.

“I have this new attitude, this new energy, this fire inside of me that I have haven’t felt in a really long time. When I step back onto the field, I’m going to be a different player, I’m going to prove myself to the fans again.”

Morris looked like someone who had something to prove against FC Dallas. He ran until his body shut down on him, and then he ran for one more minute past that point.

At the beginning of the season, no one knew what type of contributor Morris would be for the Sounders. He’s turned out to be the team’s most important player.