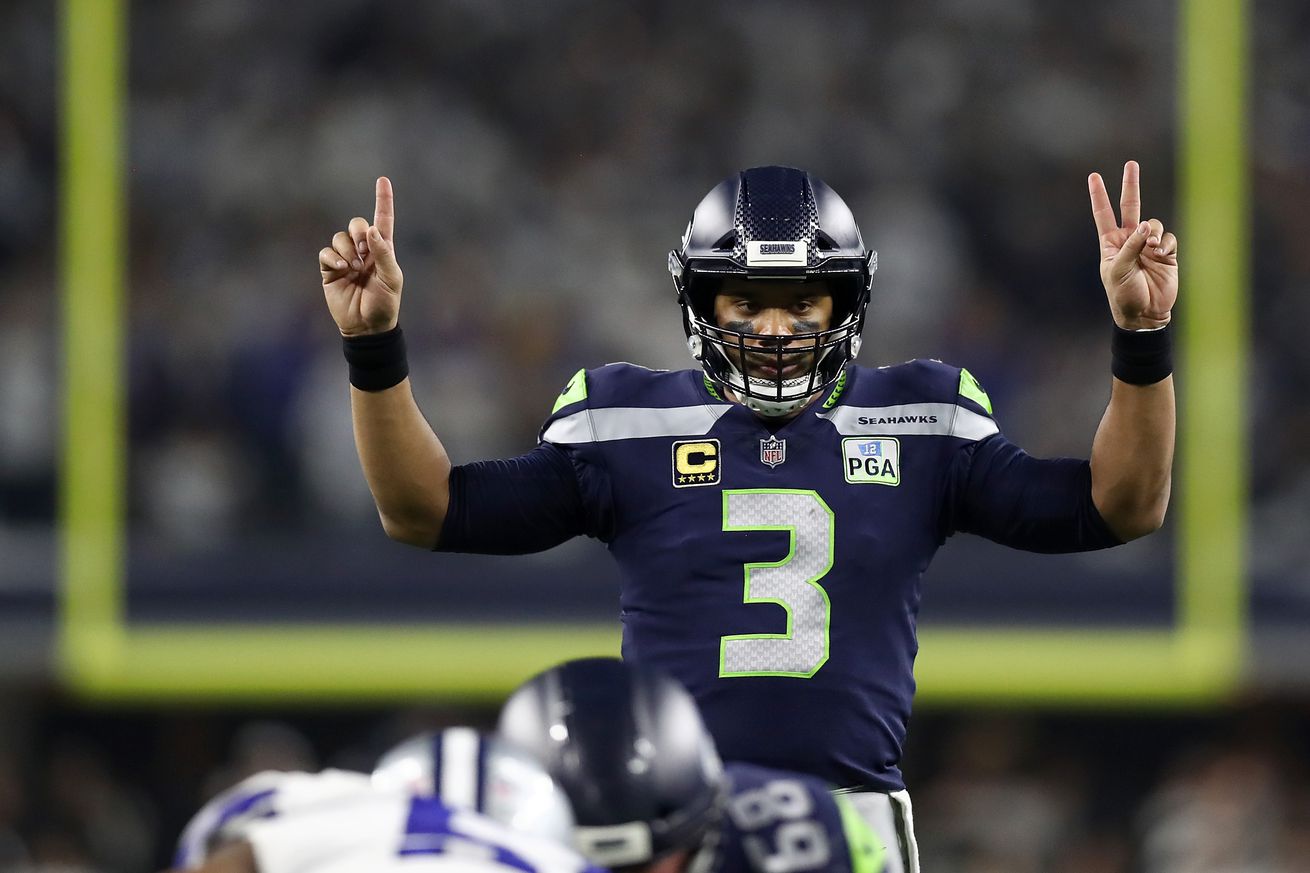 Franchise quarterbacks are worth so much more than they get. No matter what Russell Wilson’s contract costs, he’s worth it.

The Seattle Seahawks will probably have Russell Wilson at quarterback for at least three more seasons, whether he gets the mega extension he is reportedly aiming for or not.

According to NBC’s Peter King, Wilson and his agent Mark Rodgers told the Seahawks they won’t negotiate again if a contract isn’t reached on April 15. At this point, that appears unlikely. Either way, the franchise tag can provide Seattle with at least a few more seasons of Wilson.

The cleanest way for the Seahawks to handle the situation would be to give him a contract extension. It’d make their franchise quarterback happy and preemptively dodge years of drama and questions about Wilson’s contract

Wilson is reportedly asking for a lot. King says the quarterback’s contract “would likely include devices to adjust future years of the deal based on how high the cap goes up year to year.” That’d be a stipulation no NFL player has ever had in a contract before.

The danger for the Seahawks is that they could set a precedent that cuts across the entire NFL. More star players could demand flexible contracts like Wilson, ushering in a new era of player leverage.

Is Russell Wilson worth that? Yup.

Wilson isn’t just a good player — he’s a five-time Pro Bowler who hasn’t been far from the NFL MVP award in the last two seasons. He’s never had a losing season, never had a passer rating below 92, and never had a year with fewer than 3,000 passing yards.

The Seahawks made the playoffs in 2018 with a 10-6 record in what should’ve been a rebuilding year, largely because Wilson carried the team on his back.

How much is a player of that caliber worth on the open market? It’s hard to know considering the only passers that ever become free agents are typically journeymen starters and backups.

The notable exception in recent years was Kirk Cousins, who received a three-year, $84 million deal from the Vikings in 2018. The $28 million average was a record at the time and the fact that it was fully guaranteed is still an unprecedented facet of his contract.

And that was for someone who probably wouldn’t crack many top 10 quarterback lists.

The obvious reason for the pricy investments at quarterback is because it’s the most important position in football, by a significant margin.

A statistical study by the University of Missouri a few years ago found that losing a quarterback for four games due to injury or suspension would drop a team’s win total by an average of 1.3 games. Losing any other position didn’t negatively affect a win total by even half that margin.

That’s based on the average quarterback. Imagine how many wins that model would show Wilson — an offensive dynamo who can threaten defenses with both his arm and legs — is worth. In the grand scheme, most quarterbacks are probably underpaid relative to what they offer a football team.

So if giving Wilson 17 or so percent of the team’s annual salary cap annually is what it takes to secure him, it’s not an outrageous price for the Seahawks to pay. That’d amount to about $32 million in 2018 — just behind Aaron Rodgers’ $33.5 million average — but likely jump to around $34 million in 2019, given the salary cap’s consistent rise.

That’s a more than fair price tag for the impact that Wilson provides.

Having a quarterback on a rookie salary is one of the best bargains in sports, and can allow a team to try to stack a roster. It’s why the Rams’ bold 2018 offseason was possible, but it doesn’t mean Los Angeles has to disappear from contention when it gives Jared Goff an extension.

Tom Brady has been praised during the New England Patriots’ prolific dynasty for his willingness to accept less than the record-breaking amounts he clearly deserves. It’s not like he’s surviving on scraps — Brady has still made over $212 million in his career, and stands to make $15 million more in 2019.

But Business Insider estimated in January that Brady could’ve been ready to eclipse the $300 million mark in 2019 if he aimed to maximize his NFL earnings.

Maybe his relatively modest contracts are the reason why the Patriots have had sustained success for nearly two decades now. That’s not quite it, though.

The Patriots are never in salary cap trouble. Even if Brady counted $32 million against the team’s cap in 2018 instead of $22 million — the Patriots wouldn’t have needed to trim the roster elsewhere to make room.

New England’s consistent success is a testament to the team’s ability to consistently reload with talent around an MVP-level quarterback. That’s a difficult model to follow, mostly because finding Super Bowl talent isn’t easy. But it’s far from impossible, even if one player is eating, say, 17 percent of the salary cap. That still leaves 83 percent of a $188.2 million salary cap — or $156.2 million — to build a winning roster.

If the Seahawks can’t find a way to acquire talent and win with that amount, it’s on them — not Wilson.

Maybe it’s wise for Seattle to avoid opening Pandora’s box with a contract that fluctuates based on the salary cap. But no matter what Wilson ends up getting, building a Super Bowl-winning roster with him at quarterback is still absolutely an achievable goal. It’s way easier than trying to find another Russell Wilson.