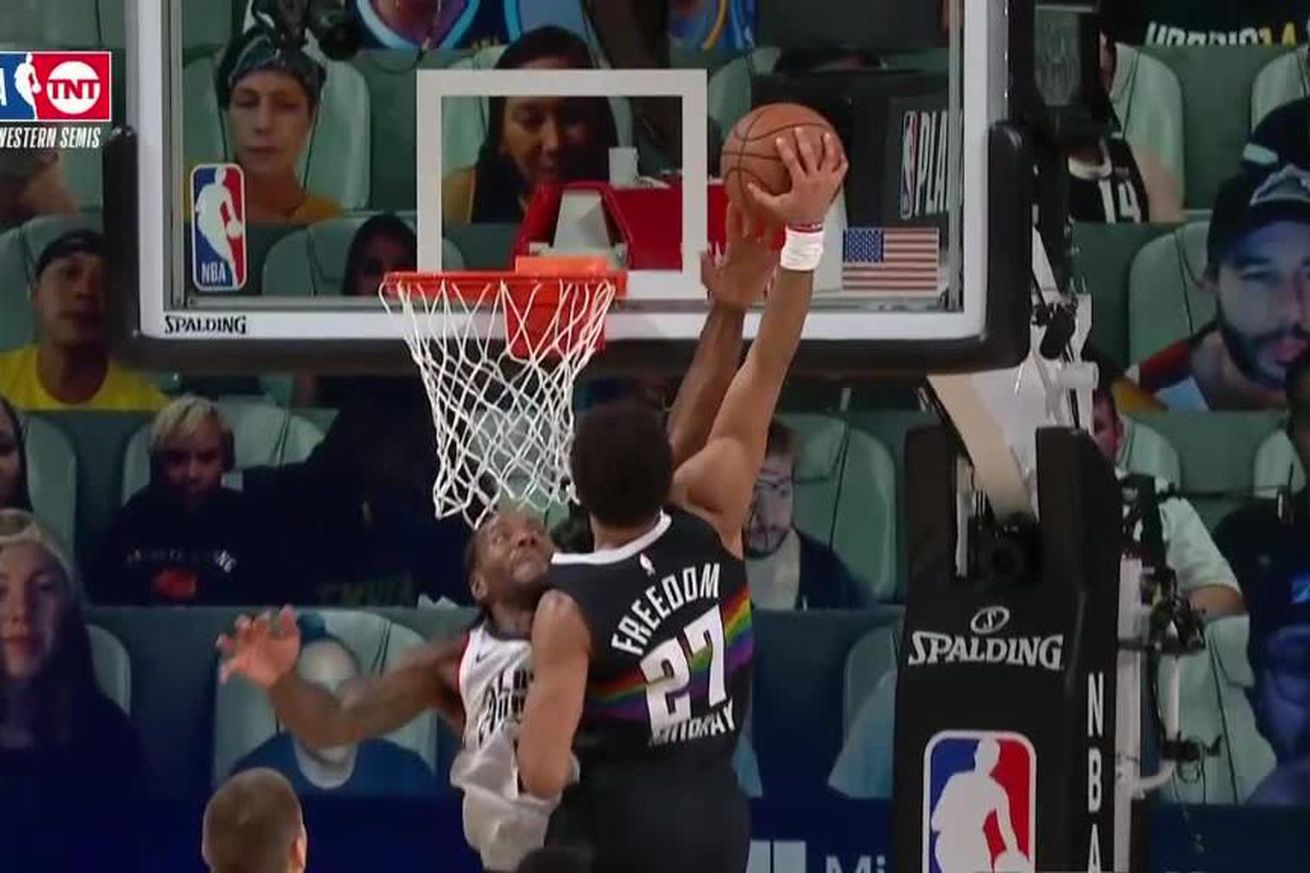 Kawhi Leonard is known for his defense. He’s also known for his huge hands. Jamal Murray found out the hard way what it looks like when both are put on full display.

Late the fourth quarter of Game 3 in the second round series between the Denver Nuggets and Los Angeles Clippers, Murray drove the lane and soared for a dunk. Leonard rotated over and contested him above the rim. Kawhi just had enough for the block by the literal tip of his finger.

Seriously: Kawhi swatted a dunk attempt with only his middle finger. In crunch-time of a tied playoff series.

Mad respect for Jamal Murray trying to dunk over Kawhi, but look at those mits! pic.twitter.com/4Bsiiqeg0D

Leonard followed up a sub-par Game 2 by going off for 23 points, 14 rebounds, and six assists against Denver in Game 3. Co-star Paul George was even better, finishing with 32 points on 12-of-18 shooting from the field.

The bubble playoffs have been awesome so far. Kawhi’s middle finger block feels like one of its best moments so far.