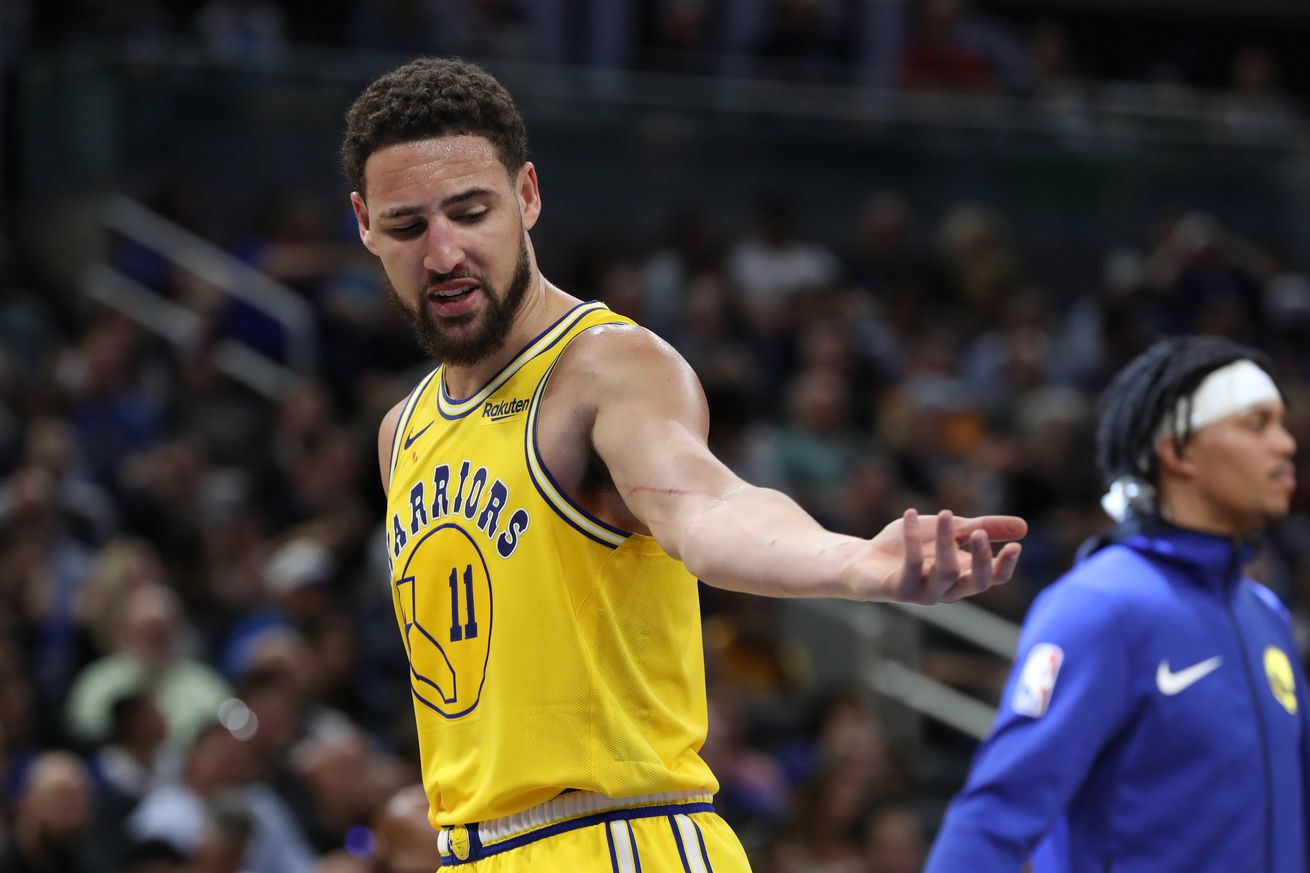 It’s 2019 and Thompson is begging Warriors fans to cheer for them. It’s just a pleasant distraction from their inevitable championship.

After the Golden State Warriors lost at home, 105-101, to a now 16-win Phoenix Suns team, Klay Thompson ripped into an Oracle Arena crowd he believed didn’t bring enough energy to the game.

His mellow tirade comes against the backdrop of the franchise leaving their home of 46 years to go to the newly constructed Chase Center in San Francisco.

Klay speaking cold hard facts about some of my Bay Area colleagues that are “Warriors fans” pic.twitter.com/Pq3ONjP0vK

“So it’s ugly but … I expect our crowd to be little more into it, too,” Thompson said. “Like, I know it’s not the playoffs, but it is our last go-around at Oracle. Least you can stand up or something when we make a good play, especially in the beginning. We need that energy, especially this time of the year. It’s hard to conjure up energy every single night ‘cause you’re looking forward to the playoffs and that run.”

The Warriors are leaving Oakland this summer

They’ll keep the same Golden State Warriors name, but the franchise is headed to San Francisco. There, they’ll play at the brand new Chase Center, which broke ground in 2017 and will be finished before the start of the 2019-20 NBA regular season.

Oracle Arena used to be one of the loudest, rowdiest arenas in the league, but times have changed. The average ticket price for a Warriors home game is $225, almost tripling since 2010. Many of those original Warriors fans now watch games at home, while new, mild-mannered fans with deeper pockets can afford tickets.

“Some longtime season ticket holders resell most of their tickets in order to hold onto their seats; some who would go to a few games a year now only watch on TV,” wrote Ezekiel Kweku for SB Nation in 2017. “But perhaps the most telling (if anecdotal) sign of the change is the way Oracle crowds seem to be livelier and louder when the team is playing mediocre opponents than during its marquee matchups.”

I don’t see this as Klay shitting on fans. The real Warriors fans were amazing. Used to be the best crowd in the NBA. Long been replaced by rich people who didn’t care about basketball 2 years ago. Sad. https://t.co/KkUIhOinKU

Nawh that crowd has been weaker for a while now and it’ll get worse after the move to Chase center, Klay can go off all he wants on that crowd he’s not wrong https://t.co/apKONTBZHf

The Suns aren’t a playoff team, and the Warriors’ matchup against them didn’t have any playoff implications. It’s understandable for fans not to be particularly invested, because the game didn’t really matter much.

But it’s still striking to see a star player come out and criticize the fans. Thompson’s reasoning was sometimes the players don’t have the energy themselves, and the fans inject life into the Warriors on the floor.

“It doesn’t matter if we’re playing the Suns or the Bucks, whoever it is. We need that energy from them because we feed off that,” he said.

But maybe the new fans don’t have that energy to give. Or maybe, like the Warriors, they’re storing all their energy for playoffs. Either way, this is the last season this team will be in Oakland. Thompson’s right: the least the fans can do is stand up when the Warriors make a good play.

One thought on “Klay Thompson is calling out Warriors fans because they, too, have changed”