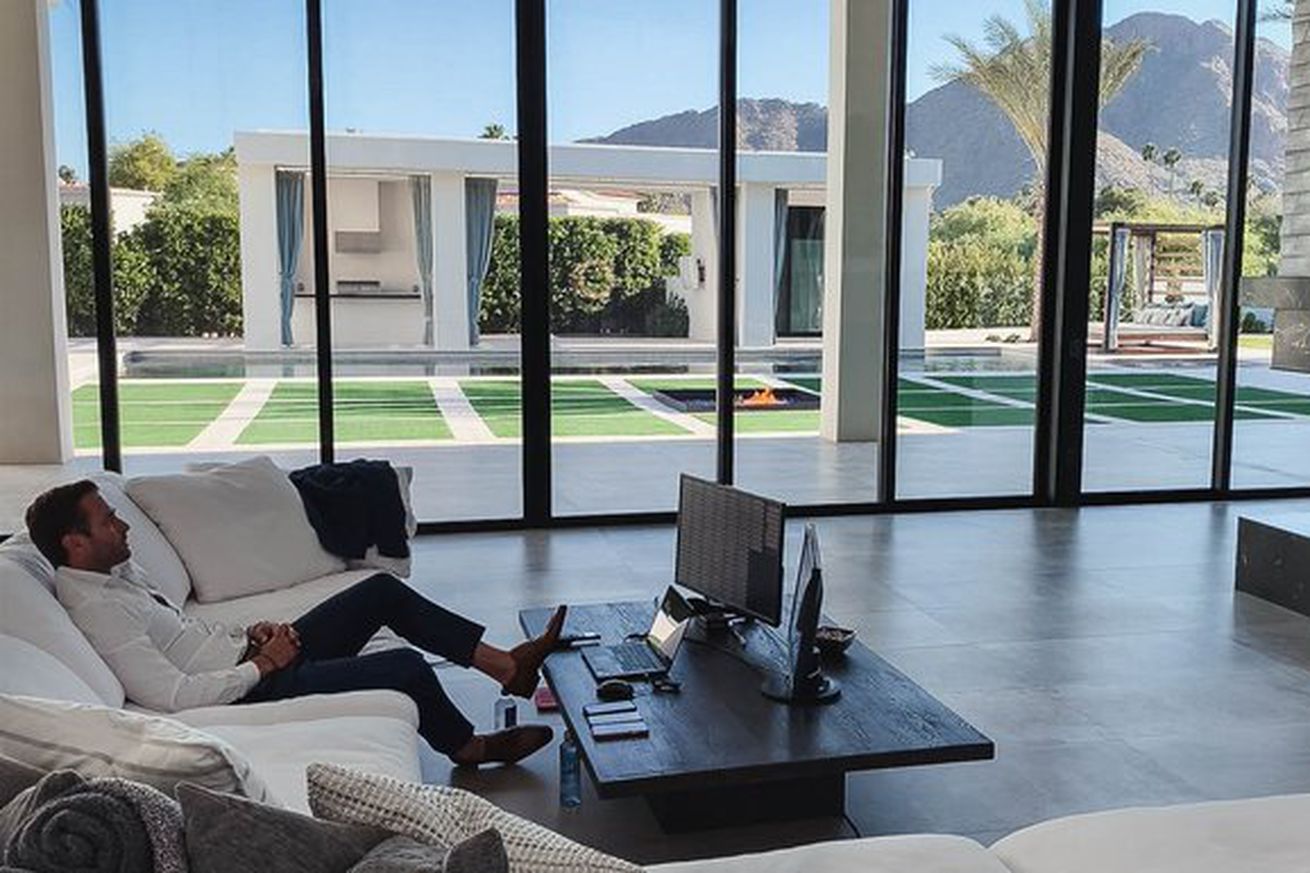 Kliff Kingsbury accidentally stole the show during the NFL Draft by doing absolutely nothing other than sitting on his sofa. That sounds ridiculous until you see his house.

what does Cardinals coach Kliff Kingsbury look like he does for a living pic.twitter.com/ODEl8ic3dX

Kingsbury’s house is so incredible it’s like everyone’s idea of a dream home rolled into one. The floor-to-ceiling windows come with a breathtaking view of a vast fire pit, which just so happened to be lit, in mid-afternoon, in spring, in Arizona — all so Kingsbury could flex a little more on TV.

The entire aesthetic is clean, modern and un-cluttered, which some people might think feels more cold than cozy, but that doesn’t stop me from wishing this was my house. Even more incredible was the juxtaposition of Kingsbury’s palatial paradise against the homes of other NFL head coaches and GMs, all of which looked very nice, but nothing compared to this power mansion CLEARLY designed for Patrick Bateman from American Psycho.

Kliff Kingsbury from his Arizona home, which he bought for $4.45 million a year ago. pic.twitter.com/315SuXXjMF

Kingsbury bought the 7,022-square-foot mansion in 2019 shortly after joining the Cardinals. Designed by world-renowned architect Ilan Pivko, it just oozes style, and style is a remarkable trait for an NFL coach, many of whom routinely look like they just rolled out of bed. If Kingsbury rolled out of bed, he’d slide along the polished floor and down the stairs, likely injuring himself in the process. While wearing sunglasses.

I’m just trying to find something to dislike about this house. The jealously is real.