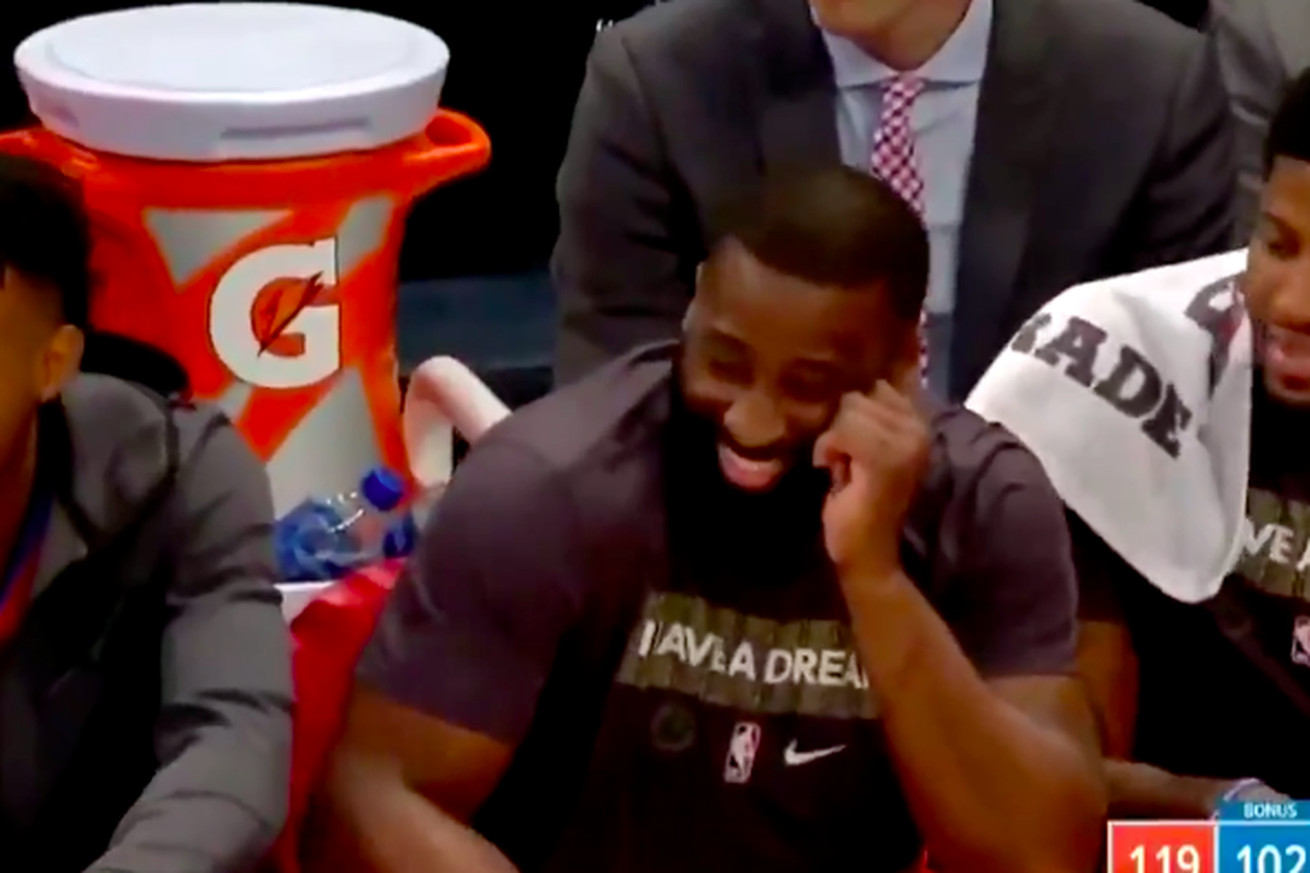 Felton is a Madison Square Garden OG. Real ones know.

Raymond Felton had the best reaction when Knicks fans cheered him during the Thunder’s trip to New York: it was pure joy, with a touch of nostalgia.

Paul George and the Thunder bench also joined into the chants:

Just look at Felton’s reaction. If that’s not real joy, I don’t know what it.

For one brief stint in his career, Raymond Felton was a borderline all-star. Felton was the starting point guard on Mike D’Antoni’s 2010-11 New York Knicks, and if D’Antoni has earned any nickname in this league, it’s “The Point Guard Whisperer.” Under D’Antoni, Felton averaged 17 points and nine assists. The Knicks were rolling, and Felton was leading the charge.

Felton, though, was eventually dealt to the Denver Nuggets in the Carmelo Anthony trade. Real Knicks fans remember that amazing stretch. Felton is an OG at Madison Square Garden. He was good before the Knicks blew the team up for Melo.

The Knicks are losing, and they’re lottery-bound, once again. But small moments like these make this awful season a little more bearable.