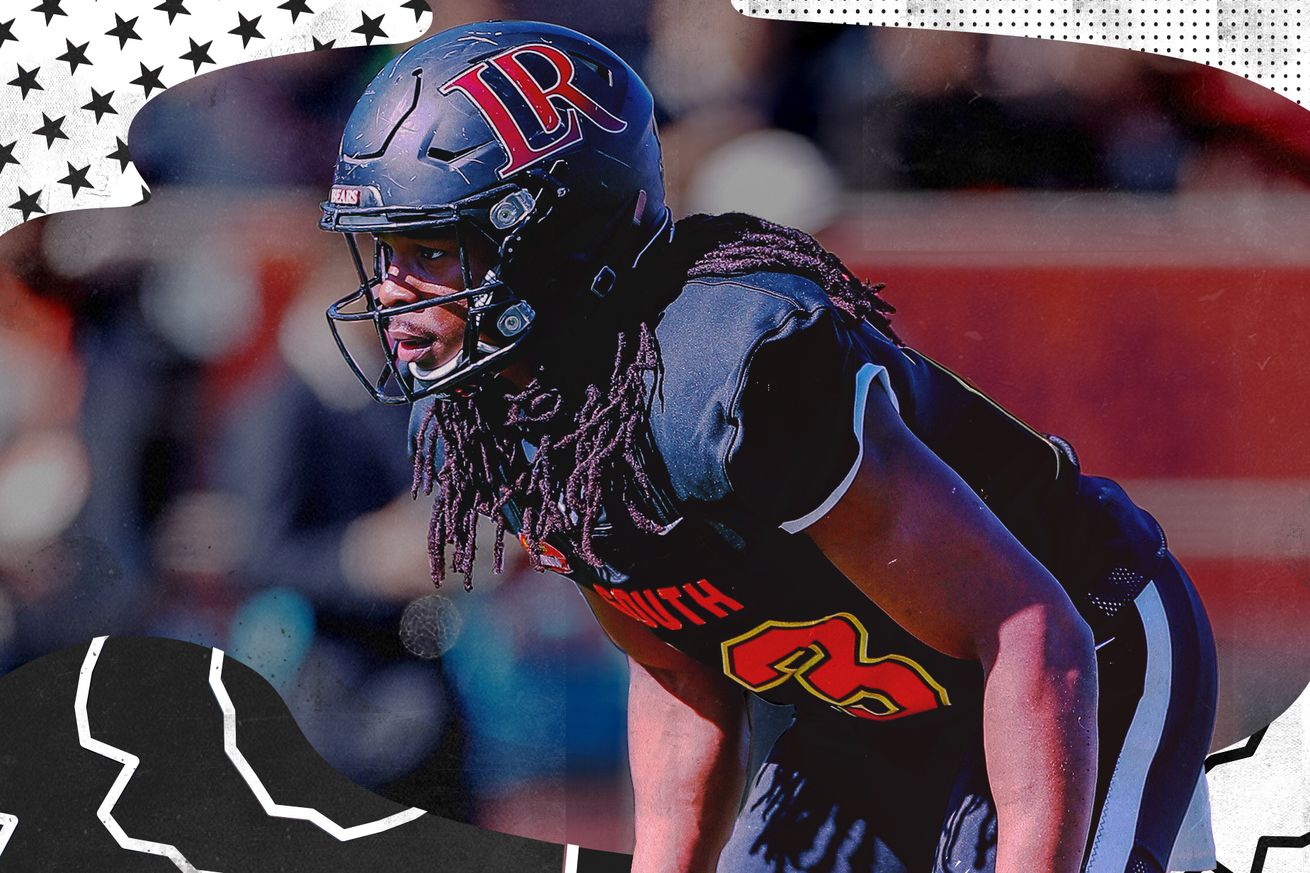 Kyle Dugger is a safety out of DII’s Lenoir-Rhyne.

Dugger destroyed DII competition at Lenoir-Rhyne. His combine numbers suggest he can hold up in the NFL.

The NFL’s next great young safety may not come from LSU, Clemson, or Alabama. Instead, he may have spent the last five years lighting the South Atlantic Conference on fire at Division II Lenoir-Rhyne University.

Kyle Dugger, reigning Cliff Harris Award winner — DII’s defensive player of the year award — is ready to make a splash on Sundays. The 6’1 hybrid safety looked every bit a superstar in the SAC, demolishing offenses from mostly unknown programs like Mars Hill, Tusculum, and UVA-Wise.

He did all the things expected of an NFL prospect against overmatched opponents. He snatched passes out of the ether, mashed undersized slot wideouts and oversized tight ends into a fine paste, and returned punts for touchdowns (six in 67 total chances).

In short, he looked like someone playing Madden with the computer difficulty set to “rookie.”

That’s exactly what a Division II player needs to do to make his case for a spot in the draft.

Like most Division II athletes, Dugger wasn’t heavily recruited in high school. He wasn’t a starter until his senior season and needed a growth spurt the summer beforehand to become a 5’11, 170-pound safety. His lack of size and experience left him so under-the-radar 247Sports didn’t even bother rating him among Georgia’s top prospects.

That led him to Hickory, North Carolina, and a spot on Lenoir-Rhyne’s roster. He displayed his pro potential by earning SAC defensive freshman of the year honors, albeit in a campaign sandwiched between two redshirt seasons — one as a true freshman and another after missing all but one game in 2016 due to injury.

Those three down-and-up years proved vital to his development. He emerged in 2017 as a 6’1 wrecking ball with hopes of a career that stretched beyond his college days.

“I had kind of a shaky high school experience,” Dugger explained at the NFL Scouting Combine. “Being able to start over as a redshirt, that’s when I realized I could [become an NFL prospect] … That time off, I was able to accomplish a lot. I was able to catch my body up and really set goals and make that dream a goal. My head coach had a meeting with me (after redshirting). He told me I had a special skillset and it was a possibility for me.”

He returned to the field with a little bit of hype (a preseason All-SAC nod) in 2017 and proceeded to show what a safety with NFL measureables could do against Division II competition the next three seasons. He knocked down 36 passes while intercepting six more despite opposing quarterbacks purposefully throwing away from his coverage. He returned five punts for touchdowns, averaging more than 14 yards per return. His national defensive player of the year award came at the end of a season when he played only seven games.

That, unsurprisingly, left him looking for a bigger challenge, even if he found a way to make the most of each game, practice, and film session.

“The competitor in me definitely wanted more at times,” Dugger explained about his Division II wizardry. “But I wouldn’t describe it as boredom. It was how am I going to use this situation where I can’t look at everything I do well and say I’m so great. I’d really dive into the details of what I’m doing and see if I’m doing what I’m supposed to do or is it me getting away with it because of the level of the competition.“

Dugger performed well at the NFL Combine and Senior Bowl, but his biggest test looms

The sixth-year senior turned his stellar 2019 into a spot at the Senior Bowl, where he’d get to test his mettle against some of the top prospects from across the FBS landscape. He earned high marks both in coverage and on special teams, showcasing the versatility that could make him a dual threat in the NFL. Just as importantly, he showed he’s a moldable piece of clay who understood what his new coaches laid out for him, then executed on the field.

That momentum carried into the combine.

He was one of only six safety prospects to run his 40-yard dash under 4.5 seconds (4.49). His 42-inch vertical leap was tops among all defensive backs and tied for second-best in Indianapolis. Both results suggest it will be a nightmare for opposing QBs to sneak deep balls past him, even in the NFL.

Doing it in drills and in exhibition game practices is one thing. Translating it to Sundays is a different beast altogether. Dugger doesn’t think the transition from breaking down the comparatively simple offensive schemes of the SAC to the intricate passing games in the NFL will be too difficult. After all, he’s a player who prides himself on his ability to identify trends and churn through tape. His academic background — in engineering and physics — has prepped him for the mental side of the game.

“[Draft analysts have underestimated] my intelligence and my hunger for the game, my hunger to be a great player,” said Dugger. “I feel that’s something that’s not been said too much [during the pre-draft process].

“[Physics is] a lot of solving problems. You see it and have to do something about it. So fix it. I think that goes a long way at my position, safety. You’ve got to be the quarterback of the defense, and you ain’t always going to have the answer for everything you see. But you’ve got to fix the defense.”

Dugger dominated Division II over the course of a six-year career at Lenoir-Rhyne. That gives him the contrasting traits of being both one of 2020’s oldest prospects but also one with the most to prove.

The rangy safety certainly looks the part of an NFL starter, but his small-school background makes him a risky proposition among a group of more seasoned safeties like Alabama’s Xavier McKinney, LSU’s Grant Delpit, and even Southern Illinois standout Jeremy Chinn. All have more processable game tape, and this year’s lack of in-person workouts and visits through the pre-draft process is a loss for all small-school standouts.

That means he’s going to have his share of doubters no matter where he’s selected in 2020. And that’s OK.

“I kind of like the underdog role,” said Dugger. “It’s something that’s going to continue to drive me … I know I’m not the only talented player at that level, and my school, I thank them for giving me the opportunity to continue to play football, something I love.”