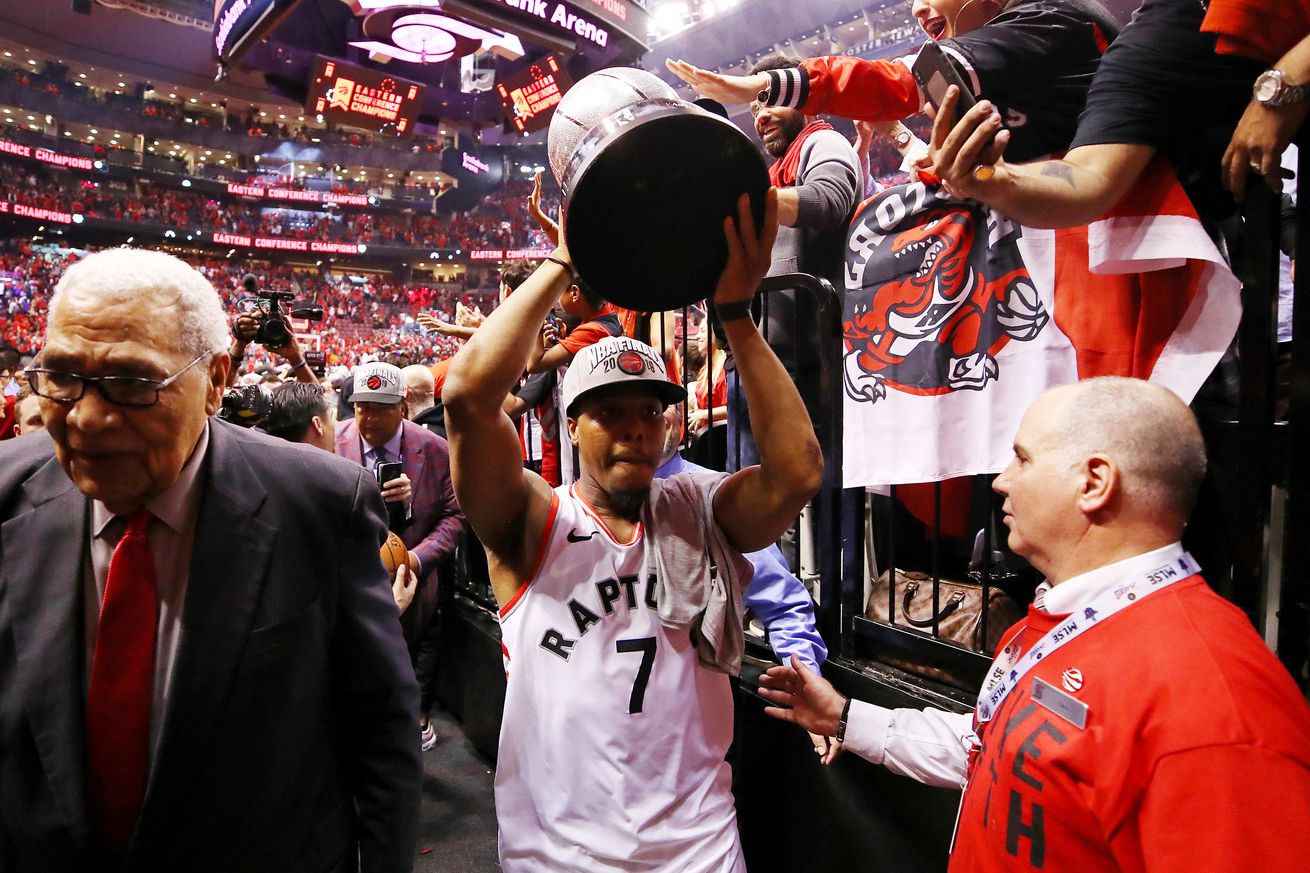 His performance in helping the Raptors to the NBA Finals should silence all his doubters.

Allow me to set the scene for you.

It’s Game 2 of the Eastern Conference semifinals, and the Raptors are down three to the 76ers at home with 20 seconds left in the fourth quarter. Kyle Lowry has the ball in his hands, with Tobias Harris defending him.

Lowry unleashes a hesitation dribble, then attempts to cross the ball over between Harris’ legs. His nutmeg attempt fails, miserably, and the play breaks down. The Sixers go on to win Game 2.

did Lowry really just go for it with the game on the line pic.twitter.com/3u5LmKBiH6

But if we’ve learned anything from Toronto’s Eastern Conference Finals victory over the Milwaukee Bucks to clinch the franchise’s first-ever trip to the NBA Finals, it’s that the narrative surrounding Lowry is moot. It is no more.

If Kawhi Leonard is Toronto’s Batman, Kyle Lowry is The North’s Robin.

onto’s four straight wins over the Bucks after falling behind 0-2. But had it not been for Lowry’s steady performances, the Raptors would not have been here.

Kyle Lowry was sensational, exactly when the Raptors needed it. There’s no other way to put it. He was the perfect co-star for a team that boasts arguably the best player in the world.

Against the NBA’s best defensive team, the Raptors were 19 points per 100 possessions better on offense with Lowry on the floor — a better offensive net rating than any other Raptor, Leonard included. Yes, Leonard’s presence made Lowry’s life easier. Even on one leg, Toronto’s All-Star was dominant as a scorer and a decoy. But Lowry shot 51 percent from the field and 49 percent from three in the conference finals, including timely buckets when Toronto needed to stem or extend runs.

The bar had fallen so low for an All-Star in the playoffs that a poor showing performance was almost expected. I thought he only had one good game in the tank, one the Raptors wasted when Lowry scored 30 points on 7-of-9 shooting from three in Toronto’s Game 1 loss in Milwaukee.

Maybe it wasn’t a waste after all. Maybe that game, in hindsight, unleashed Lowry’s fullest potential.

Kyle Lowry had a strong game from downtown, hitting 7 triples in Game 1 for the @Raptors!

The Raptors now march on to the NBA Finals, the highest-possible pressure situation for any basketball player, especially one who has never experienced it firsthand. We know what we’ll get from Kawhi Leonard — he’s the NBA’s terminator, every bit the non-breathing, anti-freeze-bleeding robot then-Grizzlies coach David Fizdale said he was.

But if these East Finals are any indication, Kyle Lowry will provide a litany of services that can be best summed in one word: help. Help when the Raptors need it most.