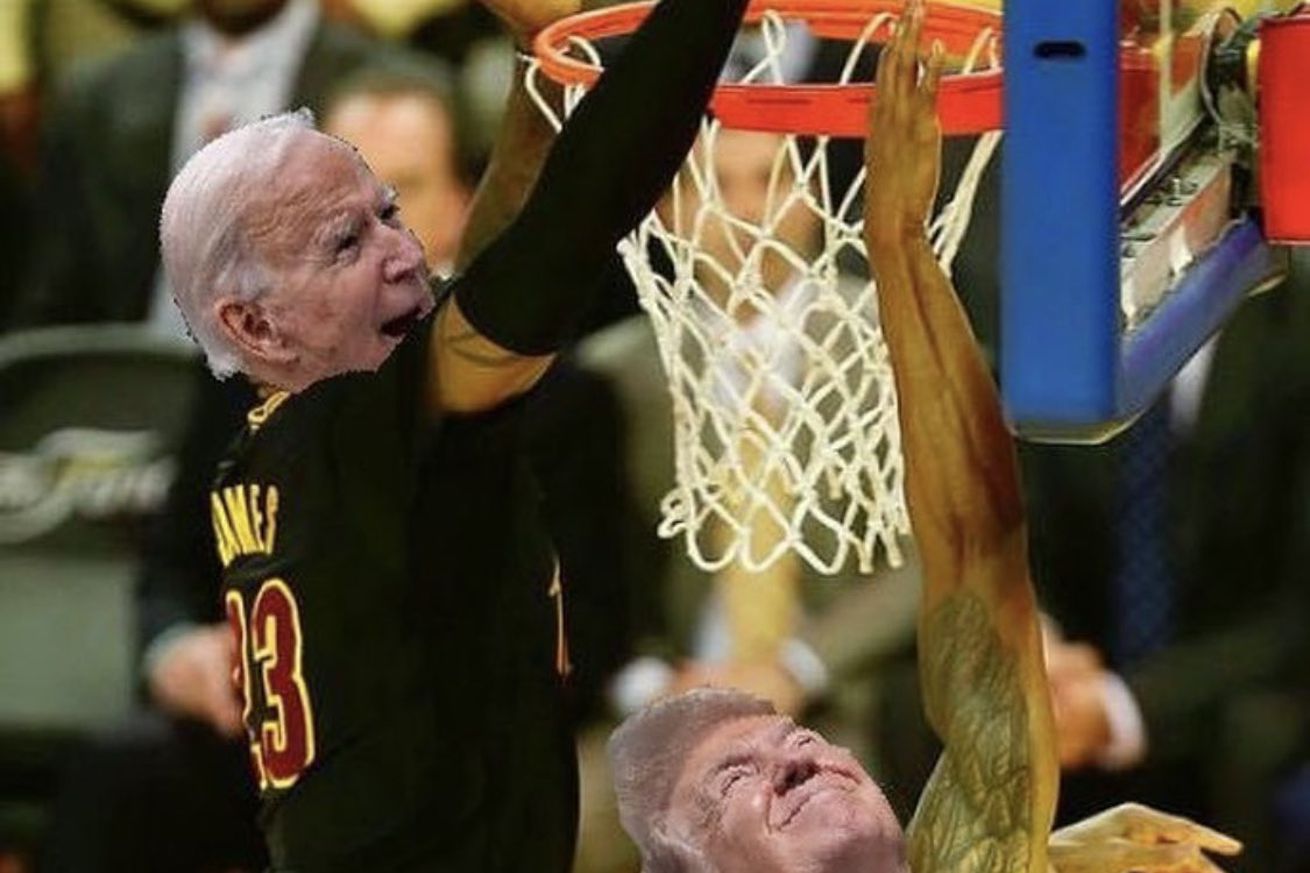 You know LeBron had this one saved in the drafts for months.

After four long, anxious days of waiting to find out who the next president of the United States would be, Joe Biden was declared president-elect by every major news outlet on Saturday morning. As Democratic voters around the country began to celebrate, it was NBA superstar LeBron James who had one of the most entertaining tweets of the day.

James, who has been critical of Donald Trump throughout his presidency, sent out a Photoshop’d image you know he had waiting in his drafts for months. It doesn’t get any better than this:

James is recalling perhaps the greatest player of his career: his Game 7 crunch-time block against Andre Iguodala to seal the Cleveland Cavaliers’ 2016 NBA championship over the Golden State Warriors.

James and Trump were not fans of each other. At a recent Trump rally in Pennsylvania, a ‘LeBron James sucks’ chant broke out. James memorably fired off a tweet in 2017 calling Trump a ‘bum’ after the president said he wasn’t inviting Stephen Curry and the Golden State Warriors to the White House after their NBA championship, only after Curry himself already said he wasn’t going.

U bum @StephenCurry30 already said he ain’t going! So therefore ain’t no invite. Going to White House was a great honor until you showed up!

Biden’s win even brought LeBron and Draymond Green together:

Well America TRUSTED THE PROCESS and it paid off #TheProcess https://t.co/9XfWvQTZET

His teammate Ben Simmons was a little more subtle in celebration:

Here are some other celebratory tweets from NBA stars:

For complete election coverage, keep it locked to Vox.com.