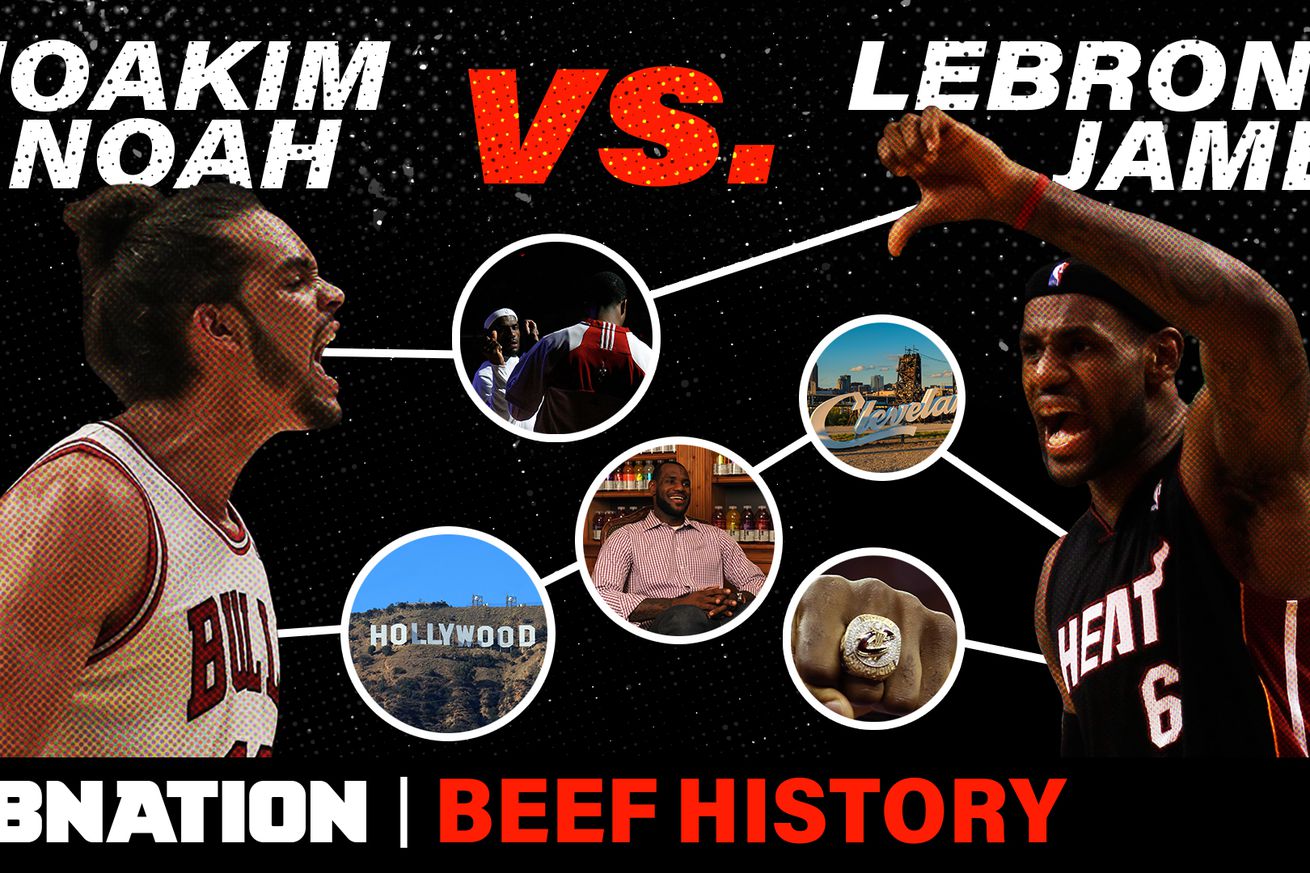 The Chicago Bulls were really good for a little while there. With Joakim Noah, Derrick Rose, and Luol Deng leading the way, the Bulls had some elite seasons … like, better than whichever team LeBron James was on at the time. But in every instance, Noah’s Bulls ran into James on one of his many runs to the NBA Finals.

Like so many other James victims, Noah developed a beef with The King. What made his unique? Well, for one, he was a much better player in his prime than some other irritants. And, besides that, Noah’s personality is distinct: Annoying, yet sensitive; prone to dishing out disrespect, but also liable to react when disrespected. All that adds up to several playoff runs full of grappling, bickering, and trash-talking the city of Cleveland. It’s a pretty good beef.

For more episodes of BEEF HISTORY— including some more from James and Noah — check out our YouTube playlist.