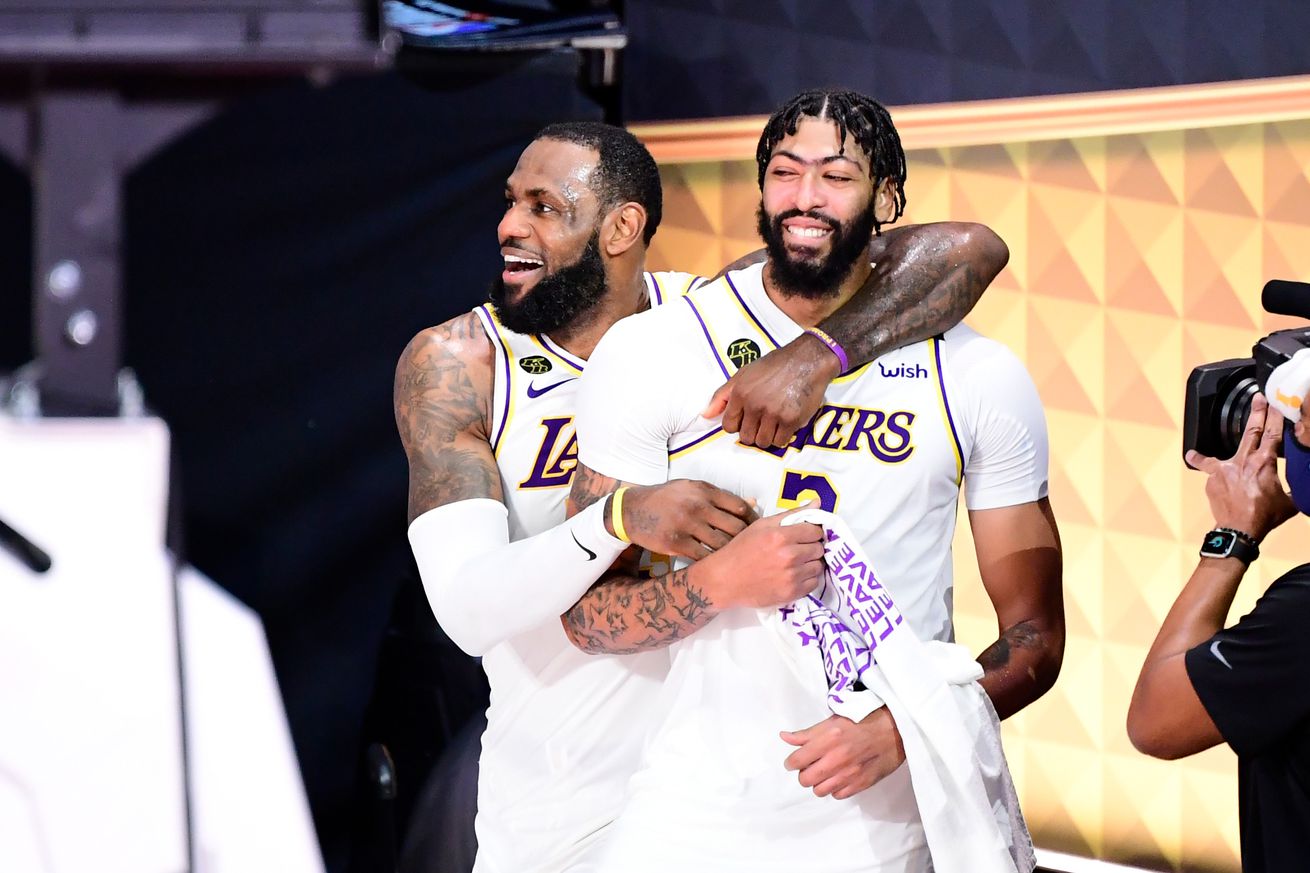 LeBron James’ finger prints are all over the Lakers’ championship roster.

Brandon Ingram was going to the foul line to shoot two free throws in an otherwise trivial February game against the Indiana Pacers when he was reminded about his real value to the Los Angeles Lakers. As Ingram stepped to the line, the home fans in Indiana started chanting “LeBron’s Gonna Trade You.”

Ingram was highly aware of Anthony Davis’ trade request at that point, as well as the star big man’s preference to end up in Los Angeles next to James. The trade deadline was just two days away, and Davis’ current team, the New Orleans Pelicans, seemed hellbent on keeping him away from the Lakers. The day the trade deadline passed, Ingram’s teammate Lonzo Ball was seen in the locker room playing the P. Diddy’s “Bad Boys for Life.” You probably know the chorus of that song: “we ain’t going nowhere.”

In reality, it would only be a matter of time until Ingram and Ball were on a plane to New Orleans for the next chapter of their careers. Davis was always going to be a Laker, not because the organization had the most assets or the best trade offer on the table, but because that’s what LeBron James wanted.

James has never shied away from writing his own story. No one has ushered in the NBA’s so-called “player empowerment era” quite like James, from his decision sign with the Miami Heat in the summer of 2010, to his choice to return to Cleveland four years later, to his commitment to the Lakers four years after that.

James didn’t throw a party touting how many championships he would win when he selected the Lakers like he once did in Miami. Instead, his agency issued a short press release announcing the move. It was a simple and understated way to report that perhaps the greatest player of all-time was joining perhaps the proudest franchise in league history.

Read it again and it also seems teeming with confidence.

The Lakers had the won the fewest games in the NBA during the previous five seasons before they signed LeBron. James was leaving the easier path in the Eastern Conference for the much more difficult West. He was also entering season No. 16 of his career. LeBron never seemed bothered by any of it. James knew the Lakers had the big market, the weather, and the tradition to get back to the NBA’s mountain top. It only took two years for him to make it happen.

Maybe James knew something the public didn’t when he selected the Lakers. Just a few short months after he signed with Los Angeles, Klutch Sports — the agency run by his close friend Rich Paul — announced its own major signing: Anthony Davis. From then on, there were rampant rumors that AD would eventually end up in LA. The purported young core of the Lakers could never get too comfortable.

Klutch already had a presence with the Lakers before James signed. A year earlier, Klutch client Kentavious Caldwell-Pope agreed to a one-year, $18 million deal with Los Angeles. As the Lakers claimed the 2020 NBA championship on Sunday night, the team now had six Klutch clients on the roster: James, Davis, KCP, J.R. Smith, Dion Waiters, and rookie Talen Horton-Tucker.

In so many ways, LeBron took his future into his own hands. He’s more responsible for building a championship roster in Los Angeles than GM Rob Pelinka or owner Jeanie Buss. This team has been his creation from the moment he came to LA.

James hand-picked Davis to be his co-star, and it couldn’t have worked out better. The two stars complemented each other perfectly, with James’ playmaking and Davis’ finishing skill working in tandem to form the NBA’s most unstoppable duo. While Kawhi Leonard whiffed at getting Jimmy Butler to team up with him on the Clippers and had to settle for Paul George, James knew Davis had what it takes to be a key piece on a championship team, and he convinced him to join him in LA.

LeBron’s finger prints are all over the rest of the rest of the roster, too. When TNT interview Rajon Rondo after a game earlier in the playoffs about the veteran guard raising his play in the postseason, Rondo said “that’s why LeBron brought me here.”

Not the Lakers. LeBron.

LeBron also lobbied for the Lakers to sign JaVale McGee. LeBron wanted Lance Stephenson, too, but that one didn’t work out as well.

As Jared Dudley said earlier this year, LeBron is the Lakers’ system. Dudley said James calls up to 90 percent of the team’s plays. It’s highly believable, considering he basically built the roster himself.

When James signed with the Lakers, Clippers executive Jerry West drew headlines when he said James was ”not a tough free agent signing.” He was right. The Lakers didn’t convince James to sign — they were merely the beneficiary of LeBron’s vision. James wanted to spend the golden years of his career in Los Angeles, surrounded by the players he hand-picked, competing for championships. It didn’t matter that the Lakers had been a lottery staple the last five years. All that mattered was that LeBron wanted them, and he had a plan to get them back to championship contention status.

James might be the most physically gifted player in league history, and he also might be the smartest. These Lakers came together largely because this is the team LeBron wanted around him. At times, his vision was difficult to see. Not anymore.

LeBron James again stands on top at the end of the NBA season. This is just the way he planned it.

The Patriots’ dynasty is getting closer to extinction

AcadArena teams up with Bren Esports to educate Filipino students