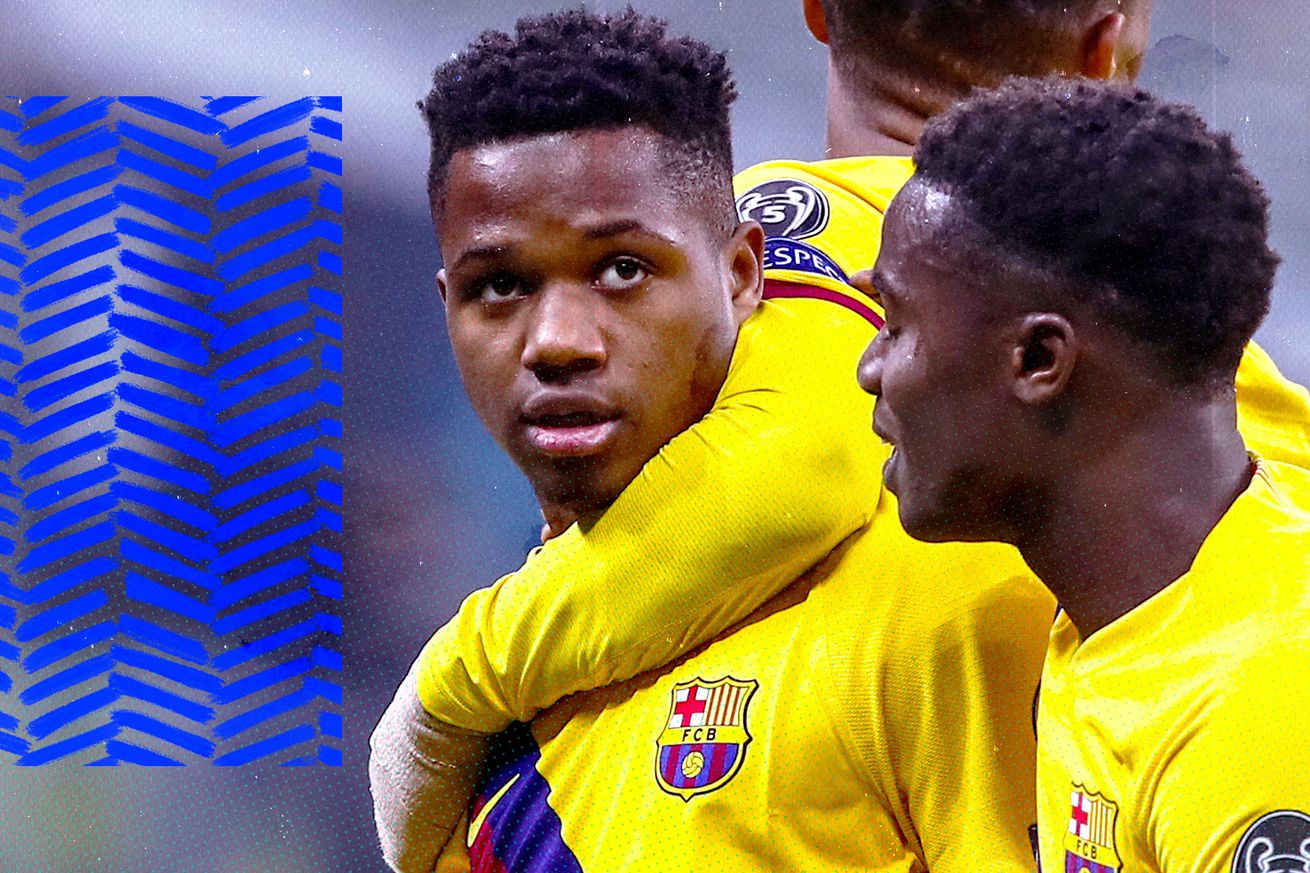 Top prospects don’t come out of nowhere anymore. There’s enough information available on youth international tournaments and the UEFA Youth League that most great youngsters are hyped up for years before they make their first team debuts. But there was almost no hype around Ansu Fati, a 17-year-old Spanish winger who’s already getting regular playing time for Barcelona. He hadn’t featured for Barca B or Spain’s youth national teams before he was thrown into a La Liga match this fall and went from obscurity to being one of the world’s most hyped youth prospects overnight.

He’s arrived for Barcelona at a time when the club has to start thinking about how it might move on from Lionel Messi. It seems impossible that any teenager could come close to filling those shoes, but remember that just over a decade ago it was just as hard to believe that any footballer could be better than Ronaldinho.

Following his back-to-back FIFA World Player of the Year awards, Ronaldinho had the best season of his career in 2005-06, leading Barcelona to a La Liga-Champions League double. His 26 goals during that campaign, at the time, was considered an outrageous number for a winger.

Ronaldinho did things with a ball that no one had ever seen before with a consistency that was unparalleled. Several times a game, he’d do something that seemingly no one else in the world could pull off, and rarely was it only for the sake of entertainment. Unlike other technicians, Ronaldinho’s tricks led directly to quality shots at the highest level of competition in the world.

To this day, there still hasn’t been as good a highlights player as Ronaldinho. I’m sure it’s been a while since you’ve enjoyed some sick Ronnie highlights. You’ve got eight minutes, right?

The 2005-06 season was also when the world got to know Messi, who began receiving regular playing time as a 19-year-old. He was named a starter for roughly a quarter of Barcelona’s matches, and looked like a promising talent who could establish himself as Barcelona’s right winger for years. But the public couldn’t be sure that he was going to be anything more than a very good player. (Perhaps Pep Guardiola was more confident.)

A year later, Messi was more important to the Blaugrana than Ronaldinho. He scored a hat trick in El Clásico in March, then this goal in April, still widely considered the best of his career.

By 2008, Ronaldinho was sold, and Guardiola rebuilt Barcelona around Messi. Over the course of five years, Messi went from Ronaldinho’s understudy, to an adequate replacement, to the best player the world has ever seen, and he’s been the focal point of the team ever since.

Messi has 606 goals for Barcelona at the time of writing. His 73 goals in the 2011-12 season, and 91 goals in a calendar year for Barca and Argentina, feel like records that cannot possibly be broken.

Thankfully, it appears that Messi’s decline will be slow. Ronaldinho loved partying as much as he loved football, while Messi has never appeared to have any interests outside of his job. He’s 32 and has played more than 800 pro games, but he’s still arguably the best player in the world right now. But Messi will eventually get worse, and Barcelona fans are understandably dreading the moment when he’s no longer capable of being the best player on the pitch. It’s possible that not only Barca, but world football, never sees a player as good as Messi ever again.

So it’s fitting that at this exact moment the youngest goal-scorer in Champions League history is wearing the Blaugrana. On Tuesday, 17-year-old Fati turned Inter Milan’s world-class defense inside out and scored his first goal in European competition for Barcelona.

No one is burdening Fati with becoming Messi’s replacement; he’ll do well just to become a solid starter for Barcelona. But here is, at the perfect time for his club, a player who looks an awful lot like teenage Messi. Fati is two years younger than Messi was when the Argentine first started making an impact for Barca, but he has the same first step burst, flair, and confidence.

I don’t know what Fati will achieve in his career, but watching him emerge as Messi slowly descends from his peak feels a lot like Messi’s emergence did in 2006. The lesson we can take from Messi’s rise is to have no expectations at all.